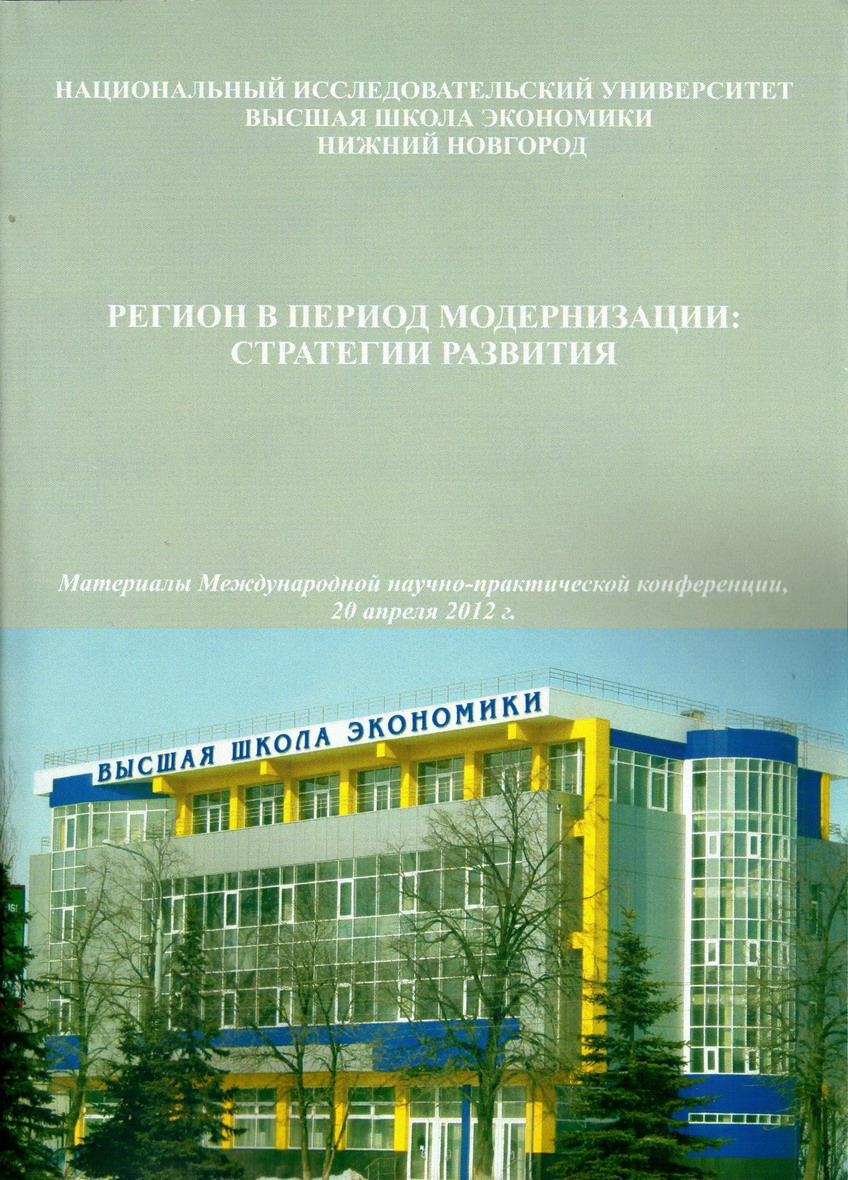 Регион в период модернизации: стратегии развития: материалы Международной научно-практической конференции, 20 апреля 2012 г.
Edited by: Д. А. Шпилев Н. Новгород: Издательство НИСОЦ, 2012.
Similar publications
Sources of long run economic growth of the Russian economy before and after the global financial crisis
Voskoboynikov I. Economics/EC. WP BRP. Высшая школа экономики, 2017. No. 179.
Although a productivity slowdown of the global economy was observed before 2008, it was the 2008 crisis that stimulated studies on its origins. Recent literature suggests inefficient investments in machinery, human capital and organizational processes. This includes skill mismatches and a lack of technology diffusion from advanced to laggard industries and firms. To what extent is this global view helpful in understanding recent productivity slowdown of the Russian economy? The present study reports that at least some of these origins can be observed in Russia. Using conventional industry growth accounting, it compares the pre- and post-crisis sources of growth in the Russian economy. Specifically, it represents aggregate labour productivity growth as the sum of capital deepening and total factor productivity (TFP) growth in industries, and the contribution of labour reallocation between industries. It shows that the stagnation of 2008-2014 is more an outcome of the TFP slowdown and a deterioration of the allocation of labour rather than a lack of capital inputs. The TFP slowdown started in Russia a few years before the crisis, as in other major global economies, such as OECD countries, China and Brazil. Russia demonstrated relatively stable capital deepening makes the Russian pattern similar to resource abundant Australia and Canada. Next, the contribution of information and communication capital to labour productivity growth in Russia after 2008 declined, which could have hampered technology diffusion. Finally the structure of the flow of capital services in Russia changed after 2008. Before the crisis the contribution of machinery and equipment dominated, while after the crisis construction provided the most capital inputs.
Семеко Г.В. Мировой финансовый кризис: что ждет мировую экономику и экономику России в ближайшем будущем?
Семеко Г. В. В кн.: Глобальный финансовый кризис и его последствия. М.: ИНИОН РАН, 2012. С. 4-11.