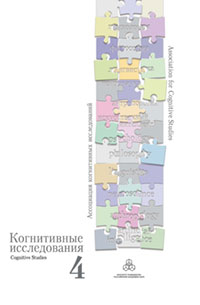 Aphasia, a language impairment following stroke or brain trauma, is normally manifested behaviorally. Patients with the so-called non-fluent aphasia experience major difficulties at the level of morphosyntax (that is, producing and comprehending complex morphology and syntax). In contrast, patients with fluent aphasia predominantly show problems at the lexical-semantic level (that is, accessing word forms and lexical semantics). However, a few studies have proven that the language deficit in patients with aphasia is expressed not only in their linguistic performance, but also in specific electrophysiological responses.

In healthy individuals, incongruencies at different linguistic levels cause distinct event-related brain potentials (ERPs) registrated at the scalp. Syntactic incongruency elicits the ELAN and the P600 potentials, lexical-semantic incongruency elicits the N400 potential. Critically, in standard for those potentials linguistic contexts the lack of N400 was reported for fluent patients, while the lack of the ELAN and a reduced and delayed P600 – for non-fluent patients (Friederici et al. 1998, Wassenaar and Hagoort 2005). These findings support the idea of electrophysiological brain mapping on specific linguistic problems observed in different aphasia types.

The study was aimed at further investigating electrophysiological evidence for the suggestion that spoken sentence comprehension problems in individuals with fluent and non-fluent aphasia are caused, at least partly, by breakdowns at different levels of language processing – lexical-semantic and morphosyntactic respectively. To test this, we performed a study in healthy and aphasic Russian individuals using the method of event-related potentials (ERPs) that has become a powerful tool in addressing temporal aspects of language processing.

The present study employed the visual-world paradigm with eyetracking to discriminate between two versions of the reordered access model - namely, whether meaning frequency and context affect (a) speed of lexical access or (b) the relative weight of simultaneously accessed meanings. The time course of lexical access and meaning integration were studied in 3 groups of Russian speaking participants: 36 individuals in control group as well as 16 individuals with non-fluent and 8 with fluent aphasia. The results allow to confirm psychological reality of the first version, since in balanced ambiguous words contextual bias influences the speed of lexical access. In addition, it was found that healthy population and participants with non-fluent aphasia are affected by the contextual bias even after processing information that resolves ambiguity.