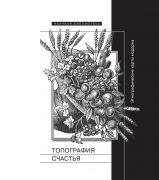 Топография счастья: этнографические карты модерна
Edited by: Н. В. Ссорин-Чайков М.: Новое литературное обозрение, 2013.
Similar publications
GENES, SECURITY, TOLERANCE AND HAPPINESS
Inglehart R. F., Borinskaya S., Cotter A. et al. Basic research program. WP BRP. National Research University Higher School of Economics, 2013. No. 31/SOC/2013.
This paper discusses correlations between certain genetic characterestics of the human populations and their aggregate levels of tolerance and happiness. We argue that a major cause of the systematic clustering of genetic characteristics may be climatic conditions linked with relatively high or low levels of parasite. This may lead certain populations to develop gene pools linked with different levels of avoidance of strangers, which helped shape different cultures, both of which eventually helped shape economic development. Still more recently, this combination of distinctive cultural and economic and perhaps genetic factors has led some societies to more readily adopt gender equality and high levels of social tolerance, than others. More tolerant societies tend to be happier because they create a more relaxed environment conducive to happiness.
What happens to happiness when people get older? Socio-economic determinants of life satisfaction in later life
Kolosnitsyna M., Khorkina N., Dorzhiev K. Economics/EC. WP BRP. Высшая школа экономики, 2014. No. WP BRP 68/EC/2014.
The world population is ageing and this demographic trend has become the subject of numerous research projects and discussions. In Russia, this process has also become a topic for many studies examining socio-economic characteristics and health status of elderly, their retirement behaviours. That said, research on the life satisfaction of Russian seniors and its determinants is still rather scarce. At the same time, revealing the factors of life satisfaction in old age could help develop a sound state policy towards the elderly thus enhancing the well-being of society as a whole. This paper explores the determinants of elderly life satisfaction using micro-data from the Russian Longitudinal Monitoring Survey. Our research show that for all Russian seniors aged 55+ the strongest and most common predictors of life satisfaction are: health status, personal income, type of settlement, and social status. We found significant gender differences in factors of life satisfaction: an inverse U-relation of age and happiness is characteristic for the oldest old females only; holding a job enhances life satisfaction for women but not for men; and the education level of seniors has almost no correlation with life satisfaction, while having children decreases an individual’s happiness.
Genetic Factors, Cultural Predispositions, Happiness and Gender Equality
Inglehart R. F., Borinskaya S., Cotter A. et al. Journal of Research in Gender Studies. 2014. Vol. 4. P. 32-100.

This paper examines correlations between the genetic characteristics of human populations and their aggregate levels of tolerance and happiness. A metadata analysis of genetic polymorphisms supports the interpretation that a major cause of the systematic clustering of genetic characteristics may be climatic conditions linked with relatively high or low levels of parasite vulnerability. This led vulnerable populations to develop gene pools conducive to avoidance of strangers, while less-vulnerable populations developed gene pools linked with lower levels of avoidance. This, in turn, helped shape distinctive cultures and subsequent economic development. Survey evidence from 48 countries included in the World Values Survey suggests that a combination of cultural, economic and genetic factors has made some societies more tolerant of outsiders and more predisposed to accept gender equality than others. These relatively tolerant societies also tend to be happier, partly because tolerance creates a less stressful social environment. Though economic development tends to make all societies more tolerant and open to gender equality and even somewhat happier, these findings suggest that cross-national differences in how readily these changes are accepted, may reflect genetically-linked cultural differences.

The philosophical and psychological views on the problem of happiness since Aristotle to our days are summarized. Building on both philosophical discussions and recent data of sociological and psychological research, the author reveals two qualitatively distinct phenomena behind the common word “happiness”, that have different attributes and regularities. The firs one is the experience of subjective well-being that is directly associated with the basic needs gratification, while the second one is the experience of enjoyment as the experience of being engaged in some personally meaningful activity or close relationships.

Happiness: Transforming the development landscape
Thimphu: The Centre for Bhutan Studies and GNH, 2017.

On the 28th July, His Revered Majesty, the King of Bhutan issued a Royal Edict to formally convene an International Expert Working Group and its Steering Committee, with members appointed individually. The outcomes and results of the Working Group were to be presented to the United Nations during the 68th and 69th Sessions of the Generally Assembly in 2013 and 2014. The current report submitted to the 68th Session of the General Assembly in 2013 has been prepared by the Working Group on Happiness and Wellbeing, with the second report due to be submitted to the 69th Session of the General Assembly in 2014. The current report includes thorough literature reviews and examinations of existing best practices, to achieve a clear understanding on the actual, practical workings of the new paradigm and to provide practical suggestions on possible policies that can be put in place by governments around the world.

UNDERSTANDING THE RUSSIAN MALAISE: THE COLLAPSE AND RECOVERY OF SUBJECTIVE WELL-BEING IN POST-COMMUNIST RUSSIA
Inglehart R. F., Foa R., Ponarin E. et al. BASIC RESEARCH PROGRAM WORKING PAPERS SERIES: SOCIOLOGY. WP BRP 32/SOC/2013 . Higher School of Economics, 2013
This article analyzes the decline of subjective well-being and a sense of national self-esteem among the Russian people that was linked with the collapse of the communist economic, political and social systems in the 1990s—and a subsequent recovery of subjective well-being that began more recently. Subjective well-being is closely linked with economic development, democracy and physical health. The people of rich countries tend show higher levels than those of poor countries, but already in 1982, the Russia people ranked lower on happiness and life satisfaction than the people of much poorer countries such as Nigeria or India; external signs of this malaise were rising alcoholism and declining male life expectancy. But after the collapse of the Soviet Union, subjective well-being in Russia fell to levels never seen before, reaching a low point in 1995 when most Russians described themselves as unhappy and dissatisfied with their lives as a whole. Since 2000, this trend has been reversing itself, but in 2011 Russia still ranked slightly lower than its level in 1981.
Ожидания и поведение семей в сфере дополнительного образования детей. Информационный бюллетень
Куприянов Б. В., Косарецкий С. Г., Филиппова Д. С. М.: Издательский дом НИУ ВШЭ, 2014.

The bulletin presents the results of two surveys conducted in 2013 as part of the Monitoring the economics of education: parents of pupils attending extra classes and parents of children enrolled in institutions of further education. We consider the expectations of parents regarding the results of the pre-additional education, their satisfaction with the services they receive, the cost to families for additional education of children. Special attention is paid to the analysis of the scale and nature of children's involvement in further education, including differences due to the age of children, education, financial security and the residence of families.

The notions of happiness and trust as cements of the social fabric and political legitimacy have a long history in Western political thought. However, despite the great contemporary relevance of both subject, and burgeoning literatures in the social sciences around them, historians and historians of thought have, with some exceptions, unduly neglected them. In Trust and Happiness in the History of European Political Thought, editors Laszlo Kontler and Mark Somos bring together twenty scholars from different generations and academic traditions to redress this lacuna by contextualising historically the discussion of these two notions from ancient Greece to Soviet Russia. Confronting this legacy and deep reservoir of thought will serve as a tool of optimising the terms of current debates.