by year
Subject
News
Italy, Turkey, and Abkhazia: Outcomes of 2021 HSE IOCS Archaeological Expeditions
This year’s field season is over, and despite the difficulties caused by the pandemic, archaeologists from the Centre of Classical and Oriental Archaeology at the Institute for Oriental and Classical Studies (IOCS) were able to undertake their scheduled expeditions to Italy, Turkey, and Abkhazia. The Centre is the only Russian institution that conducts regular archaeological research in the Mediterranean region—the heart of ancient civilization, where neither Soviet nor Russian classical archaeologists have ever worked before.
The Second International Conference on Experience Economy: Key Speakers and Sessions
The 2nd International Conference on Experience Economy: Museum, Event, and Tourism Management will be held at HSE University in Perm from October 20–22. The Ministry of Education and Science of the Perm Region will be the general partner of the conference. The HSE News Service highlights some of the key speakers and sessions of the event.
HSE ISSEK Researchers Analyse Opportunities for Scientific Cooperation between Developing Countries in BRICS + Global South Format
Volume of R&D funding and number of Scopus-indexed publications of the BRICS countries in total already exceed those of the EU-total and the United States. These metrics have opportunity for further growth if the five developing countries strengthen scientific cooperation with other countries from Global South that have significant growth potential. Researchers from the Institute for Statistical Studies and Economics of Knowledge Alexander Sokolov, Sergey Shashnov, and Maxim Kotsemir analysed the opportunities for research collaboration within these clusters of countries along with the obstacles standing in the way of greater cooperation.
Publications
Author:
Campus:
Any
Moscow
Saint Petersburg
Nizhny Novgorod
Perm
Sub-department:
Keywords:
Subject:
Priority areas:
▼
Language:
▼
russian  english
Year:
2022
1958
Add a filter
Of all publications in the section: 159
Sort:
by name
by year

This book presents the results of a study of long-term perspectives for energy development of the world and its main regions, performed at the Siberian Energy Institute of the Russian Academy of Sciences (Energy Systems Institute since 1998). The methodological approach, the 10-regional Global Energy Model (GEM-10R) of the world energy system, energy demand forecasts, data on energy resources and energy technologies, and results of calculations based on mathematical models are described. Particular attention is given to determination of energy requirements and peculiarities of its technological structure that are caused by mankind's necessary transition to sustainable development. Economic and ecological consequences of constraints on greenhouse gas emissions and scales of nuclear energy production, as well as assistance of developed countries to developing ones are investigated. Problems of cheap oil, gas and uranium resources depletion, fuel price growth, synthetic fuel production and new energy technology implementation are analysed. 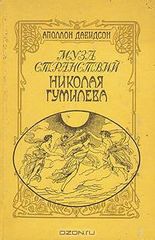 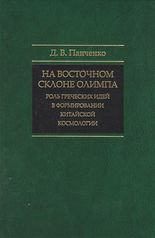 On the Eastern Slope of Olympus: The Impact of Greek Ideas on Chinese Cosmology

Starting with the More or Less Obvious

Difficulties of communication between the Greek world and China in antiquity; no sign of awareness of each other for a long time

A son informing on his farther

A common illustration of the movement of the planets

Heaven that knows everything because it is air

Hun tian and the Greek notion of the celestial sphere

The nontriviality of the notion of the celestial sphere

Its sudden emergence within Chinese cosmology

Cosmography based on the principle of optical illusion

The shadow rule and its origin

– Reasons to doubt the Chinese origin of the shadow rule: incompatibility with the stated Chinese measure of length, inadequate application, the vagueness of tradition

– The shadow rule by Cosmas Indicopleustes

– Gnomon and gnomonics in Miletus in the sixth century BC: Anaximander and Anaximenes

– The evolution of Greek measures of length

– Why are the Greek scientists silent about the shadow rule?

– Parmenides about the width of the torrid zone

– Inadequate expansion of the shadow rule in the Zhou bi

– Signs of the inadequate expansion of the shadow rule in Greek and Latin sources: the Pythagoreans on the distance of the Moon, Sun and stars

–The range of solar illumination: from the equinoctial circle to the pole

–The range of solar illumination: from the equinoctial circle to a circumpolar circle

The Milesians settled at the Persian Gulf (494 BC)

The story of the Branchidae: the Milesians settled near the future Silk Road (479 – 329 BC)

The distribution of the stuff within the cosmic edifice

Pythagoras, Hippasus and Lasus of Hermione

Heavenly music: the origin of the doctrine

Illness caused by the predominance of the one of the opposites

The opposites in early Greek cosmology and medicine

Tsou Yen and his role in the rise of correlative thinking

Indian and Greek parallels to several ideas of Tsou Yen

Medicine and cosmology (an additional note)

The Grand one, the Boundless, and the Dao

Convergence on the basis of common legacy?

The Greeks as the Europeans

The Shang: with a pantheon headed by the supreme god of the Indo-Europeans

The Zhou: «the people of western lands »

The Mandate of Heaven

What follows from all that? 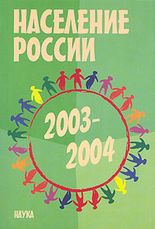