by year
Subject
News
Researchers Propose Method to Increase Charge of Supercapacitors
Researchers from HSE MIEM and the Institute of Non-Classical Chemistry in Leipzig have proposed a new theoretical model of supercapacitors that takes into account the properties of a cation, which considerably impacts the electric differential capacitance of supercapacitors. This is the first publication of its kind in electrochemistry. The authors believe that the model will allow engineers to create more powerful energy sources in the future. The results of the study were published in The Journal of Physical Chemistry C. The study was completed with support from a grant by RSF.
HSE University Researchers Develop First Standardized Russian-Language Test for Aphasia-related Disorders
Researchers from the HSE University Centre for Language and Brain have created and standardized a new test battery for diagnosing language disorders in people with brain damage. The test is the first standardized assessment tool in Russia in the field. The paper entitled ‘The Russian Aphasia Test: The first comprehensive, quantitative, standardized, and computerized aphasia language battery in Russian’ has just beenpublished in the PLOS ONE journal.
‘We Know Where to Find Geoinformation and How to Work with It’
In October, the HSE Faculty of Geography and Geoinformation Technology launched the Geodata Centre. In addition to developing its own research and commercial projects, the Centre provides auxiliary educational services related to the collection and processing of spatial data, performs geographic analysis, captures video and photo using drones, and processes data received via remote probing of the Earth. Tatiana Aniskina, Head of the Centre, speaks about the importance of geodata.
Publications
Author:
Campus:
Any
Moscow
Saint Petersburg
Nizhny Novgorod
Perm
Sub-department:
Keywords:
Subject:
Priority areas:
▼
Language:
▼
russian  english
Year:
2022
1958
Add a filter
Of all publications in the section: 4
Sort:
by name
by year 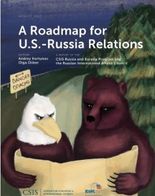 A ROADMAP FOR U.S.-RUSSIA RELATIONS 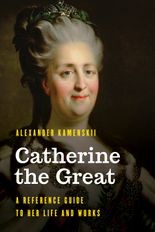 Book
Catherine the Great. A Reference Guide to Her Life and Works
Kamenskii A. B. NY; L.; Lanham: Rowman & Littlefield Publishers, 2020.

“Catherine the Great: A Reference Guide to Her Life and Works has an extensive A to Z section which includes several hundred entries. The bibliography provides a comprehensive list of publications concerning her life and work”

Russia in a Reconnecting Eurasia examines the full scope of Russian national interests in the South Caucasus and Central Asia and analyzes the broad outlines of Russian engagement over the coming years. It is part of a six-part CSIS series, “Eurasia from the Outside In,” which includes studies focusing on Turkey, the European Union, Iran, India, Russia, and China.