by year
Subject
News
OECD Outlook Examines the Effects of the Pandemic on Science, Technology, and Innovation
Times of Crisis and Opportunity is the title of the OECD Science, Technology and Innovation (STI) Outlook published in January. The document focuses on STI responses to the pandemic while assessing the impact of the COVID-19 crisis on science and technology. Mikhail Gershman, Deputy Director of the Centre of Science, Technology, Innovation and Information Policy, discusses the contribution of the Institute of Statistical Studies and Economics of Knowledge (ISSEK) to the Outlook and discusses some aspects of ISSEK’s long-standing partnership with OECD.
Taming the ‘Black Swan’: Who Will Win the Fight Against the CoronaCrisis
Countries with reserve currencies, sufficient fiscal capacity to implement soft fiscal policies, and access to global capital markets have the best chance of recovering from the coronavirus crisis. The rest may need external assistance. These are the conclusions drawn by Alexei Kireyev, leading IMF economist and visiting professor at HSE University’s School of World Economy.
Middle-Class Russians Reduce Spending When It Comes to Themselves but Not Their Children
Middle-class Russians are more likely to reduce spending on the development of their own human capital and prioritize investing in their children instead, particularly when it comes to their children’s education. This is evidenced by a study conducted by the Centre for Studies of Income and Living Standards of HSE University.
Publications
Author:
Campus:
Any
Moscow
Saint Petersburg
Nizhny Novgorod
Perm
Sub-department:
Keywords:
Subject:
Priority areas:
▼
Language:
▼
russian  english
Year:
2021
1958
Add a filter
Of all publications in the section: 10
Sort:
by name
by year 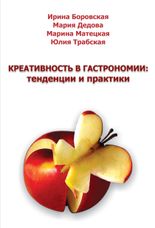 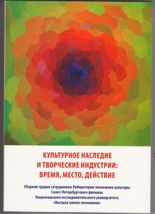 The book is a result of research conducted in the HSE as part of a research project supported by a grant from the Russian Humanitarian Foundation №16-02-00172 «Development of a multi-level game-tition theory, its methods and techniques." Scientific research in this area is expected to spend over three years - from 2016 to 2018. At the same time in the first year of the study obtained results that are laying the foundations of multilevel methodological theory of competition. The book is presented as a collection of related articles, united investi--vaniem features a multi-level competition - from articles critical and constructive plan to articles that demonstrate the suitability of the suggested tools for the solution of practical problems, the study of competition. This scientific monograph will be of interest to all scientists to economists, who in one way or another engaged in the study of the competition in the market, and will be useful to students studying at the bachelor's and master's programs, graduate and doctoral students. 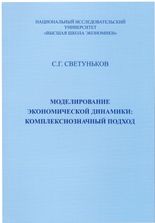 One of the sections of economic and mathematical modeling is a section dedicated to the modeling of economic dynamics of large systems. The model in this section is a system of equations and inequalities, describing a closed production cycle - from the formation of the main production resources to replenish their next production cycle due to the distribution of results for the resumption of production and growth of resources. Such a closed system of equations and inequalities reflects the fundamental relationship of real economic production systems, and therefore can be used in a variety of economic experiments. With their help it is possible to determine the results of the regulatory impact on the economy, to assess the significance of various measures of state regulation - from changes in the tax system to a variety of protectionist measures. This book is a new model of economic dynamics, based on the principles of complex-economy. Using models of complex variables allows us to describe these economic processes and relationships that are either difficult or impossible to describe using models of real variables. 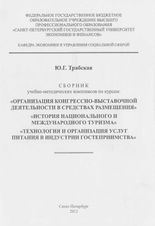 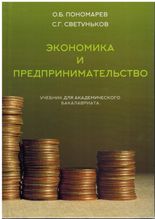 Using the historical method in the book examines the impact of entrepreneurship on the economy through a complex system the relationship between entrepreneurship, competition and innovation. The focus is, of course, given to entrepreneurs and entrepreneurship. Generalizing considerations about the businessman from economics, psychology and sociology, which is based on the life-cycle model of entrepreneurship. Through the prism of growth in venture capital are considered organizational forms of business activities and various forms of formal and informal business associations. Comply with federal state educational standard of higher education of the fourth generation. For students of the academic bachelor in "Management", but it can be useful to undergraduates, postgraduates and doctoral students involved in various aspects of business in today's economy.