by year
Subject
News
Alcoholism Treatment Is Potentially Effective against COVID-19
A team of chemists from HSE University and the Zelinsky Institute of Organic Chemistry used molecular modelling to find out that two medications that have been known for a long time can be used to fight SARS-CoV-2. One of them is used to treat alcohol addiction, and the other is for cancer.
Researchers Find Therapeutic Targets to Fight SARS-CoV-2
Researchers from HSE University have developed new approaches for regulating the expression of ACE2 and TMPRSS2 enzymes, which play a crucial role in cell infection with SARS-CoV-2. The scholars discovered that small non-coding microRNA (miRNA) molecules are capable of performing a targeted decrease in ACE2 and TMPRSS2. The results of the study have been published in PLOS ONE journal.
Artificial Intelligence for Proactive Policy: A Letter from Leonid Gokhberg to ‘Nature’
As the situation with COVID-19 has shown, mistakes associated with insufficiently developed policy measures in medicine, science, education and other socially significant sectors of the economy are very costly for society. In the July issue of Nature, Leonid Gokhberg, First Vice Rector of HSE University and ISSEK Director, discussed the topic of the growing practice of making management decisions based on big data analysis.
Publications
Author:
Campus:
Any
Moscow
Saint Petersburg
Nizhny Novgorod
Perm
Sub-department:
Keywords:
Subject:
Priority areas:
▼
Language:
▼
russian  english
Year:
2021
1958
Add a filter
Of all publications in the section: 4
Sort:
by name
by year 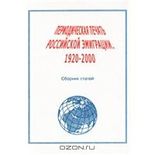 The monograph is devoted to three representatives of the "enlightened" or "liberal bureaucracy: P. D. Kiselev, D. N. Bludov, M. A. Corfu. On their example, the genesis of government reformism is examined and the contribution of statesmen of this direction to the modernization of Russia is shown, proceeding from from the idea of ​​the reign of Emperor Nicholas I as the time of the preparation of the reforms of the 1860s, the central characters personify the main directions in which the preparation of the reforms was going on - the peasant question, systematization of law and modernization , reorganization of the self-government system. 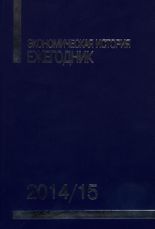