by year
Subject
News
Middle-Class Russians Reduce Spending When It Comes to Themselves but Not Their Children
Middle-class Russians are more likely to reduce spending on the development of their own human capital and prioritize investing in their children instead, particularly when it comes to their children’s education. This is evidenced by a study conducted by the Centre for Studies of Income and Living Standards of HSE University.
How Lockdown Has Changed Life for Russian Women
Researchers Yulia Chilipenok, Olga Gaponova, Nadezhda Gaponova and Lyubov Danilova of HSE – Nizhny Novgorod looked at how the lockdown has impacted Russian women during the COVID-19 pandemic. They studied the following questions: how women divided their time; how they worked from home; how they got on with their partners and children; and how they dropped old habits and started new ones in relation to nutrition, health, beauty, and self-development.
Catastrophe and Opportunity: HSE University Experts Learn the Lessons of Crises of the Last Hundred Years
The idea for the project, which studies the crisis experience, was born at HSE University’s Faculty of World Economy and International Affairs last spring, when it became clear that the pandemic and lockdown had given rise to a new systemic crisis, based on numerous contradictions that have accumulated in the world over the past decades. The results of the scientific Lessons from the Crises of the Past project have been presented to the portal's news service by Igor Makarov, Head of HSE University’s School of World Economy.
Publications
Author:
Campus:
Any
Moscow
Saint Petersburg
Nizhny Novgorod
Perm
Sub-department:
Keywords:
Subject:
Priority areas:
▼
Language:
▼
russian  english
Year:
2021
1958
Add a filter
Of all publications in the section: 2
Sort:
by name
by year 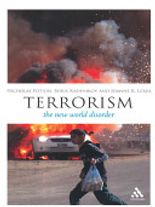 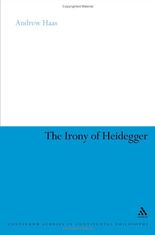