by year
Subject
News
Shrinking Vorkuta: Depopulation and Decline of Russian Arctic Cities
In Soviet times, relocation to northern monocities was seen as an attractive option, with high pay and good perks, along with a well-developed infrastructure, perceived as offsetting the harsh climate. The situation is different today, with some cities on the verge of vanishing into extinction. A prominent and rather striking example of this process is Vorkuta in the Komi Republic. A team of researchers from the HSE and Politecnico di Milano, having examined the progressive shrinkage of this once booming monocity, concluded that the case of Vorkuta could suggest effective approaches to managing urban depopulation in the Russian Arctic.
Scholars Gauged Energy Inequality among Eurasian Economic Union Member States
The UN member states pledged to achieve 17 Sustainable Development Goals (SDGs) by 2030 that are aimed at saving the planet’s resources and increasing overall well-being. One — Goal 7 — sets out to “ensure universal access to affordable, reliable, sustainable and modern energy.”
At the Intersection of Culture and Socio-Economic Development
In its capacity as a venue for integrating Russian and international cross-cultural psychologists, the HSE Centre for Sociocultural Research has been researching the values of people in post-Soviet states and other countries for over a decade. Nadezhda Lebedeva, Director of the Centre and Professor of the Faculty of Social Sciences, speaks about the leading world researchers working at the Centre, the transmission of values among adolescents and their psychological well-being, and the connection between creativity and the acceptance of cultural differences.
Publications
Author:
Campus:
Any
Moscow
Saint Petersburg
Nizhny Novgorod
Perm
Sub-department:
Keywords:
Subject:
Priority areas:
▼
Language:
▼
russian  english
Year:
2022
1958
Add a filter
Of all publications in the section: 3
Sort:
by name
by year

Book
Human and Societal Security in the Circumpolar Arctic. Local and Indigenous Communities
Sergunin A. A. Leiden: Brill, Nijhoff, 2018. 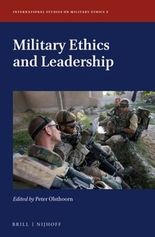 Most books and articles still treat leadership and ethics as related though separate phenomena. This edited volume is an exception to that rule, and explicitly treats leadership and ethics as a single domain. Clearly, ethics is an aspect of leadership, and not a distinct approach that exists alongside other approaches to leadership. This holds especially true for the for the military, as it is one of the few organizations that can legitimately use violence. Military leaders have to deal with personnel who have either used or experienced violence. This intertwinement of leadership and violence separates military leadership from leadership in other professions. Even in a time that leadership is increasingly questioned, it is still good leadership that keeps soldiers from crossing the thin line between legitimate force and excessive violence

Science diplomacy is becoming an important tool by which states can more effectively promote and secure their foreign policy agendas. Recognising the role science plays at national and international levels and identifying a state’s national diplomatic style can help to construct a ‘national style’ in science diplomacy. In turn, understanding science diplomacy can help one evaluate a state’s potential for global governance and to address global issues on a systematic scale. By using a Realist framework and by testing proposed hypotheses, this study highlights how different national styles in science diplomacy affect competition between major powers and their shared responsibility for global problems. This study adds to general understanding of the practice of diplomacy as it intersects with the sciences.