by year
Subject
News
Shrinking Vorkuta: Depopulation and Decline of Russian Arctic Cities
In Soviet times, relocation to northern monocities was seen as an attractive option, with high pay and good perks, along with a well-developed infrastructure, perceived as offsetting the harsh climate. The situation is different today, with some cities on the verge of vanishing into extinction. A prominent and rather striking example of this process is Vorkuta in the Komi Republic. A team of researchers from the HSE and Politecnico di Milano, having examined the progressive shrinkage of this once booming monocity, concluded that the case of Vorkuta could suggest effective approaches to managing urban depopulation in the Russian Arctic.
Scholars Gauged Energy Inequality among Eurasian Economic Union Member States
The UN member states pledged to achieve 17 Sustainable Development Goals (SDGs) by 2030 that are aimed at saving the planet’s resources and increasing overall well-being. One — Goal 7 — sets out to “ensure universal access to affordable, reliable, sustainable and modern energy.”
At the Intersection of Culture and Socio-Economic Development
In its capacity as a venue for integrating Russian and international cross-cultural psychologists, the HSE Centre for Sociocultural Research has been researching the values of people in post-Soviet states and other countries for over a decade. Nadezhda Lebedeva, Director of the Centre and Professor of the Faculty of Social Sciences, speaks about the leading world researchers working at the Centre, the transmission of values among adolescents and their psychological well-being, and the connection between creativity and the acceptance of cultural differences.
Publications
Author:
Campus:
Any
Moscow
Saint Petersburg
Nizhny Novgorod
Perm
Sub-department:
Keywords:
Subject:
Priority areas:
▼
Language:
▼
russian  english
Year:
2022
1958
Add a filter
Of all publications in the section: 5
Sort:
by name
by year

Book
Into the Red: The Birth of the Credit Card Market in Postcommunist Russia.
Guseva Alya. Stanford: Stanford University Press, 2008. 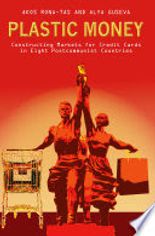 In the United States, we now take our ability to pay with plastic for granted. In other parts of the world, however, the establishment of a "credit-card economy" has not been easy. In countries without a history of economic stability, how can banks decide who should be given a credit card? How do markets convince people to use cards, make their transactions visible to authorities, assume the potential risk of fraud, and pay to use their own money? Why should merchants agree to pay extra if customers use cards instead of cash? In Plastic Money, Akos Rona-Tas and Alya Guseva tell the story of how banks overcame these and other quandaries as they constructed markets for credit cards in eight postcommunist countries. We know how markets work once they are built, but this book develops a unique framework for understanding how markets are engineered from the ground up--by selecting key players, ensuring cooperation, and providing conditions for the valuation of a product. Drawing on extensive interviews and fieldwork, the authors chronicle how banks overcame these hurdles and generated a desire for their new product in the midst of a transition from communism to capitalism. 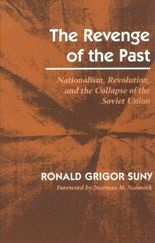 Book
The Revenge of the Past: Nationalism, Revolution, and the Collapse of the Soviet Union
Suny R. G. Stanford: Stanford University Press, 1993.