by year
Subject
News
University Salaries Show Poor Correlation with Academic Achievements
In 2012, many universities started signing incentive contracts with their staff in order to stimulate research and active inclusion in the global academic market. Together with orders issued by Russia’s president in May, this has led to growth in university salaries. But exactly which responsibilities increase pay — teaching, research or administrative work? The answer to this question will help improve the effective contract system to make it profitable both for teachers and universities.
The Pandemic Requires Breakthrough Solutions from Us
From April 13 to 30, HSE University is hosting the XXII April International Academic Conference on Economic and Social Development, one of the most important annual events in Russian humanities. Profile talked to Lev Jakobson, co-chair of the conference organising committee and vice president of HSE University, about the challenges that researchers face today.
Attention Priority Map Explains Surprising Phenomena of Visual Search
Researchers from HSE University and Harvard University have found that the speed of finding an item with a unique combination of features is not affected by the ease with which these items can be grouped by features. Such results are predicted by theories of parallel attention control. The study is published in the Journal of Vision.
Publications
Author:
Campus:
Any
Moscow
Saint Petersburg
Nizhny Novgorod
Perm
Sub-department:
Keywords:
Subject:
Priority areas:
▼
Language:
▼
russian  english
Year:
2022
1958
Add a filter
Of all publications in the section: 4
Sort:
by name
by year

The study concerns the veneration of saints in the traditional peasant culture of the XIX-early XXI century. and specifically - the legends of the saints, their interaction with literary and folklore tradition. Many literary lives of the saints are based on folklore legends, but sometimes the influence may have the opposite direction: the lives of saints being retold and changed in the oral tradition acquire the characteristics of folklore of legends. In the monograph the mechanisms of legends transformation and functioning are studied, The socio-cultural role and functions of folk legends about saints, their interaction with the literary lives of the saints, as well as a detailed analysis in the ethnographic and historical context of the corps of folklore texts, about the saints Alexander Oshevensky, Cyrill Chelmogorsky, Nil StoLobensky, Nikita Stylites and Irinarkh the Recluse. 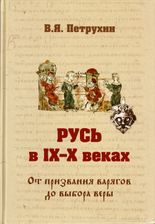 The book is devoted to the problem of emergence of the Russian State in geopolitical context - political and cultural processes taking place in Europe at the end of the 1-th thousand AD, since the migrations of the Slavs. It presents the study of the historical foundations of the Primary Chronicle tales concerning the first Russian princes (starting with legends about Kiy and the calling of the Varangians). Formation of the basic phenomena of the initial Russian statehood - towns, public law and worship, art - is being considered, taking into account the interaction of different cultural traditions of the Eastern Europe. The final storyline of the book are the choice of faith, characteristic of primary Russian Christianity and rejected Paganism