by year
Subject
News
Perspectives on Productivity: Honorary Lecture by Professor Bart van Ark
At the HSE’s XXII April International Academic Conference, Bart van Ark, Professor of Productivity Studies at the Alliance Manchester Business School and the Managing Director of the Productivity Institute (the University of Manchester), will deliver an honorary lecture ‘Perspectives on Productivity: Benefits to Economy, Business, Workers and Society’ on April 14. He will also be participating in the roundtable on Productivity, Diversification and Sustainable Economic Growth. The roundtable will be held on April 15 and will be chaired by Professor Jakobson.
HSE and Sberbank Will Host the April International Academic Conference on Economic and Social Development
From April 13 – 30, 2021, the XXII April International Academic Conference on Economic and Social Development (AIAC) will be held in Moscow. For the first time, the conference will be co-organized by HSE University and Sberbank.
‘We Managed to Create Another Centre of Mathematical Life in Moscow’
In celebration of Russia’s Year of Science and Technology, we continue our series about HSE University’s international laboratories, which are headed by world-class scientists and scholars. The first of these, the Laboratory of Algebraic Geometry and Its Applications, was established in October 2010. Below, Laboratory Head Dmitry Kaledin discusses the Lab’s history, research, achievements, and current activities.
Publications
Author:
Campus:
Any
Moscow
Saint Petersburg
Nizhny Novgorod
Perm
Sub-department:
Keywords:
Subject:
Priority areas:
▼
Language:
▼
russian  english
Year:
2022
1958
Add a filter
Of all publications in the section: 37
Sort:
by name
by year 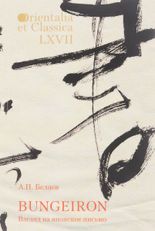 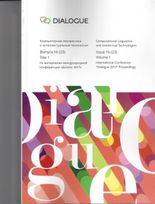 The book includes 71 papers submitted to the International conference in computer linguistics and intellectual technologies Dialogue 2017 and presents a broad spectrum of theoretical and applied research of natural language description, language simulation, and creation of applied computer technologies. 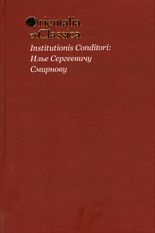 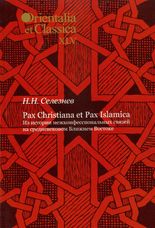 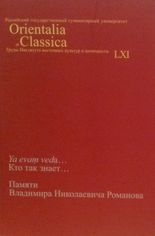 The story about a young man named Lucius who was turned into an ass by a witch appears in the ancient literature twice at least: in Lucian's novella entitled Lucius, or the Ass and in Apuleius' Metamorphoses. Besides, as reported by Photius in his Bibliotheca (cod.129), there also existed one more work on the same subject, entitled Metamorphoses, which gas not come down to us. The most fascinating question for scholars here was always the question of origin of this plot. The book is an attempt to give an answer to the question. 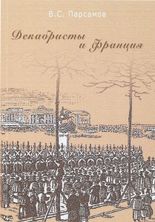 Thebook considers ideological, political, religious, cultural, and everyday life aspects of "the Decembrists and France" theme. The French liberalism is show to have played a role in the shaping of Decembrists ideology. The book also contains comparative historical analysis of the Enlightenment and liberal ideas in France and in Russia. These subjects are considered against the general background of the cultural and political life in France and Russia in the late 18 and early 19 centuries; the book is based on a large number of sources, many of which have not been addressed by scholars before.

For specialists in history, philology, cultural studies, and for the general readership with and interest in the problems of cultural interaction.