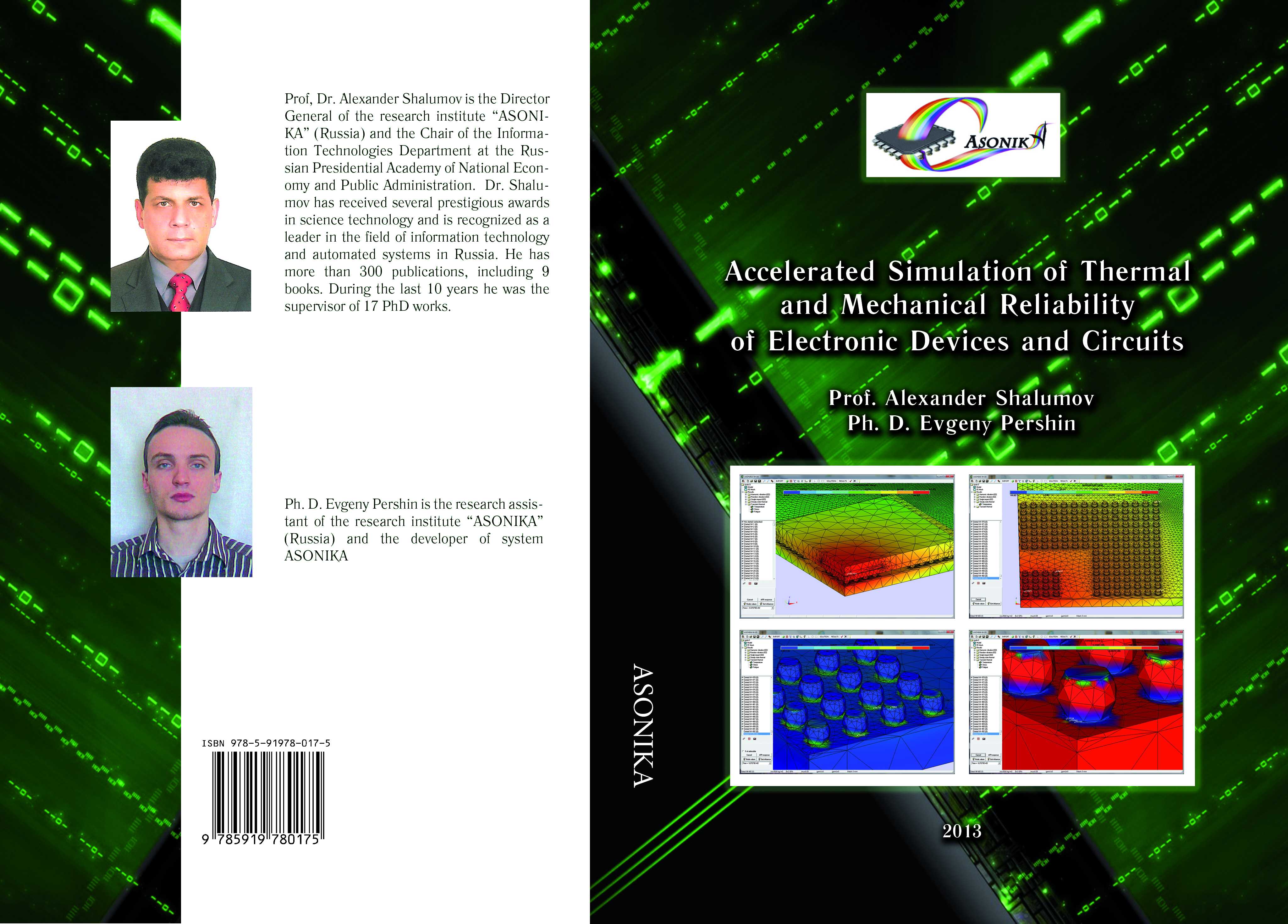 The considered model of the failure rate of CMOS VHSIC design proposed in the article Piskun G.A., Alekseev V.F., "Improvement of mathematical models calculating of CMOS VLSIC taking into account features of impact of electrostatic discharge", published in the first issue of the journal "Technologies of electromagnetic compatibility" for the year 2016. It is shown that the authors claim that this model "...will more accurately assess the reliability of CMOS VHSIC design" is fundamentally flawed and its application will inevitably lead to inadequate results. Alternatively, the proposed model of the failure rate of CMOS VHSIC design, which also allows to take into account the views of ESD, but based on the use of resistance characteristics of CMOS VHSIC to the effects of ESD.

The article considers the questions assessing the reliability of mechanical components used in the electronic equipment in the early stages of design. The calculations of failure rates springs shock absorbers according to various methods. It is shown that the use of models failure rates of mechanical elements, taking into account the peculiarities of their structural and technological performance, not only allows us to solve the problem of calculating, but also to ensure the required level of reliability and mechanical components, and containing electronic equipment.

Graphical Algorithm for the Knapsack Problem
Lazarev A. A., Salnikov A. M., Baranov A. V. In bk.: Parallel Computing Technologies. 11th International Conference, Pact 2011, Kazan, Russia, September 19-23, 2011. Proceedings. Iss. 6873. NY: Springer, 2011. P. 469-466.
Опыт разработки системы имитации, основанной на агентах
Замятина Е.Б., Каримов Д., Митраков А. В кн.: . С. 597-605.
This paper discusses the problem of agent-based simulation system implementation. Authors consider more precisely the design and impementation of distributed simulation system (the design of special knowledge-based synchronization algorithm) and the design of agents based in neural networks
A Modification of Dynamic Programming Algorithms to Reduce the Running Time or/and Complexity
Gafarov E., Lazarev A. A., Werner F. Otto-von-Guericke Universitaet, 2010. No. 20.
In this paper, we present a modification of dynamic programming algorithms (DPA), which we denote as graphical algorithms (GrA). For the knapsack problem and some single machine scheduling problems, it is shown that the time complexity of the GrA is less that the time complexity of the standard DPA. Moreover, the average running time of the GrA is often essentially smaller. A GrA can also solve largescale instances and instances, where the parameters are not integer. In addition, for some problems, GrA has a polynomial time complexity in contrast to a pseudo-polynomial complexity of DPA.
Research and Applications in the Service-oriented Ecosystem
NY: Wiley-Interscience, 2013.

In a fast changing global economy governed by Enterprise Services and the Future Internet, enterprises and virtual factories will self-organize in distributed, interoperable, innovation Ecosystems where the issues of Enterprise Interoperability need to be solved in a multi-view of information, services and processes throughout Enterprise Networks.

New quasi – 3D numerical model for thermal analysis of the BGA packages is presented. The general 3D heat transfer problem is correctly transformed to the set of 2D equations for temperature distributions in different layers of the package. The complexity and CPU time of the thermal analysis are many times reduced. The results of BGA package thermal modeling are presented.