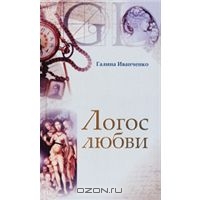 Similar publications
Онтология любви: за пределами слова и чувств
Леонтьев Д. А. В кн.: От события к бытию. Грани творчества Галины Иванченко. М.: Издательский дом ГУ-ВШЭ, 2010. С. 71-102.
Lost in Translation: Trediakovskii’s Journey to the Island of Love and Its Social Context
Fedyukin I. Humanities. HUM. Basic Research Programme, 2018
V. K. Trediakovskii’s translation of Paul Tallement Voyage de lisle d’amour occupies a special place in the history of Russian 18th-century literature: it is often credited with creating a new vocabulary of love and amorous intercourse, an innovation that would pave the way for much of the later poetry and prose. It is also believed to have gained instant popularity among Russia’s youth, although who exactly Trediakovskii’ early readers were is not clear. Likewise, while Trediakovskii’s early life and his stay in Europe have been a subject of extensive study, we do not know much why exactly he choose this topic and this particular work for his translation: following the version offered by the poet himself, this choice is usually treated as nearly random. Against this background, this this paper uses a variety of archival sources to reconstruct the actual courtly context of these events. On the one hand, it focuses on the secret liaison between Ekaterina Ioannovna, the Duchess of Mecklenburg, the most important patron of Trediakovskii and his work in the early 1730s, and Prince Beloselskii. On the other, it explores a trove of unpublished letters written by a variety of French, German, and Dutch ladies to Prince A.B. Kurakin during his stay in Europe in the 1720s: these letters present the prince as fully integrated in the social life of Western European aristocracy and, most importantly, as thoroughly versed in the contemporary rules and conventions of gallant intercourse. Kurakin, as is well known, was another patron of Trediakovskii, and it was thanks to him that the poet has been introduced to Ekaterina. Taken together, these documents not only provide context for Trediakovskii’s translation and its popularity, but also allow us to reconstruct the amorous practices of the post-Petrine Russian elite.
Демистификация любви
Орлов А. Б. В кн.: Ежегодник по консультативной психологии, коучингу и консалтингу - 2015. Вып. 2. М.: Институт консультативной психологии и консалтинга (ФПК-Институт), 2015. С. 21-29.
Взгляды Н. Бердяева на сущность духовности
Макатов З. В., Некрасова Н. А., Некрасов С. И. Научный вестник Московского государственного технического университета гражданской авиации. 2010. № 155. С. 60-67.
Три грани совершенной любви
Иванченко Г. В. Человек. 2006. № 2. С. 70-81.
Богословская антропология. Русско-православный / римско-католический словарь
Edited by: А. п. Лоргус, Б. Штубенраух М.: Паломник-Никея, 2013.
Tragedy and Resentment
Carlsson U. Mind. 2018. Vol. 127. No. 508. P. 1169-1191.

According to Kantian ethics, immoral actions convey disrespect. This negative attitude makes injuries inflicted by other persons worse than injuries caused by nature, ceteris paribus. As Strawson would later put it, the perpetrator’s attitude of disregard prompts in the victim the reactive attitude of resentment. But, I point out, we harbor and display plenty of other negative attitudes toward people aside from disrespect. What, if any, reactive attitudes are natural and appropriate in response to these? In unrequited love, for example, the beloved denies the lover a certain kind of recognition that she desires. I claim that this often prompts resentment in the lover, despite the fact that she has suffered no moral wrongdoing—that her injury is, as I term it, ‘tragic’. If this is so, we must reconceive the meaning of resentment, distinguishing it sharply from indignation. After offering such a reinterpretation of resentment and indignation, I show how ‘tragic resentment’ might be warranted despite lacking a moral claim. If the beloved bears a deep responsibility for not reciprocating the love, then he is subject to negative reactive attitudes for it, despite the fact that he cannot choose whom to love and has no obligation to love.