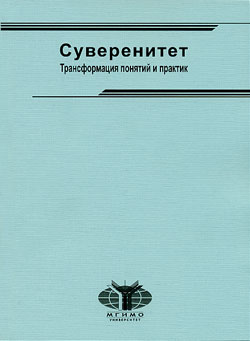 Similar publications
Theoretical Issues of Sovereignty in Russia
Antonov M. Law. LAW. Высшая школа экономики, 2012. No. 02.
This paper studies the background and guidelines of discussions about the concept of sovereignty and its limits. The paper begins with a short historical analysis of the processes that took place in Soviet Russia that led to the “parade of sovereignties” in the early 1990s. Afterwards, the author sketches the different approaches and doctrines upheld by the Constitutional Court of Russia in several decisions concerning sovereignty problems. The paper focuses on the vertical dimension of sovereignty, i.e. on different conceptions adopted by the federal and regional powers in postSoviet Russia regarding the legal status of the member-republics of the Russian Federation. The development of the doctrine of the Constitutional Court of Russia in this matter is quite illustrative as to the legal arguments used to protect the integrity of the Russian Federation against the diverse disintegrative strategies pursued by the regions.
История новой линейки по обществознанию: инновационные учебники для старшей школы
Поляков Л. В. Вестник образования. 2009. № 1. С. 8-15.
Identities in Transition. eBook
Edited by: G. Tsolidis. 2011.