The book explores how the Soviet Union’s changing relations with Nazi Germany between the signing of a nonaggression pact in August 1939 and the Soviet victory over German forces in World War II affected the lives of some five million Jews who lived under Soviet rule at the beginning of that period. Nearly three million of those Jews perished; those who remained constituted a drastically diminished group, which represented a truncated but still numerically significant postwar Soviet Jewish community. Most of the Jews who lived in the USSR in 1939 experienced the war in one or more of three different environments: under German occupation, in the Red Army, or as evacuees to the Soviet interior. The authors describe the evolving conditions for Jews in each area and the ways in which they endeavored to cope with and to make sense of their situation. They also explore the relations between Jews and their non-Jewish neighbors, the role of the Soviet state in shaping how Jews understood and responded to their changing life conditions, and the ways in which different social groups within the Soviet Jewish population—residents of the newly-annexed territories, the urban elite, small-town Jews, older generations with pre-Soviet memories, and younger people brought up entirely under Soviet rule—behaved. This book is a vital resource for understanding an oft-overlooked history of a major Jewish community. 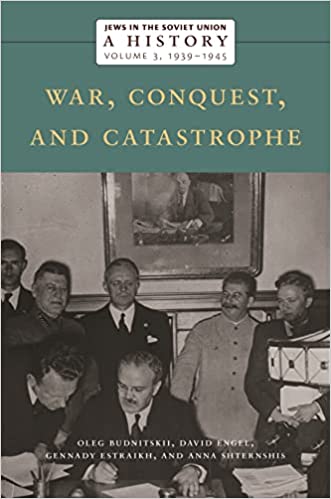