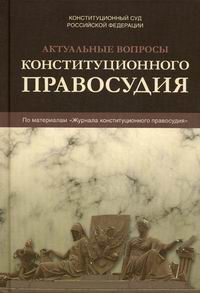 The Legitimacy of the Bolshevik Order, 1917-1918: Language Usage in Revolutionary Russian Law
Borisova T. Y. Law. LAW. Высшая школа экономики, 2012. No. 05.
The article describes and analyzes the legislative politics of revolutionary regimes in Russia in 1917-1918. The author aims to demonstrate the political meaning of the form of early Soviet legislation and its legitimizing effect. The revolutionary legislators often used specific language in the new laws as a vehicle of legitimacy, i.e. to make the people comply. The two main types of legal language used by the Bolsheviks can be interpreted from the perspective of different types of legitimacy. The revolutionary strategy used propagandistic legislation, written in the language of lay people, which urged them to act according to the new law. It can be seen as a request for acts of the people to legitimize the soviets. On the contrary, the traditional strategy employed old bureaucratic means of writing and distributing legislation to the local soviets. The language used by this strategy was closed to the understanding of a lay audience and implied traditions of obeying the law written in familiar legal language, which in turn implied rational/legal legitimacy. The second strategy had already become dominant after the first months of the Bolshevik revolution. This observation demonstrates that from the very beginning of their rule, Soviet leaders approached legislative policy from a technocratic point of view, which determined the further development of Soviet legal theory and practice.
Constitutional Justice in Asia. "Principle of Equality and Prohibition of Discrimination"
Ankara: Kalkan Maatbacilik, 2014.
Современные вопросы позитивной дискриминации в контексте практики конституционных судов
Филатова М. А. Журнал конституционного правосудия. 2014. № 4. С. 19-28.

In promoting the universally recognized principle of equality and non-discrimination modern constitutional justice elaborates on the criteria of personal legal status admissible differentiation. Preferences given to some vulnerable groups of people in comparison with the majority may raise the issue of positive discrimination the origins and types of which are expounded in the article. The author gives a comparative analysis of different approaches to the issue in the practice of the Russian Constitutional Court, Supreme Court of the USA and the French Constitutional Council and shares her reflections on possible evolution of the problem.

The Russian Constitution reflects universally recognised consensus in the area of promoting the principle of equality and non-discrimination, enshrining main guarantees of equality of citizens regardless of their national and ethnic origins, gender, age, social and other status and other criteria. The Constitutional Court's case-law develops and clarifies these basic provisions enriching them by criteria of admissible differentiation of legal status. Preferences given to some vulnerable groups of people im comparison with the general group may raise the issue of positive discrimination the origins and types of which are expounded in the report. The analysis is given of main situations where the Russian Constitutional Court faced that issue and the evolution of its cas-law on the matter, especially in the light of the European Court of Human Rights' approaches.

The article focuses on recent developments in Russian Constitutional Court's powers to control enforceability of suprantational courts' judgments. The author gives a general overview of relations between the Russian legal system and external legal orders, background of interaction with the system of the European Convention on Human Rights and offers an analysis of main techniques and methods used by the Russian Constitutional Court in this regards and perspectives of their evolution.