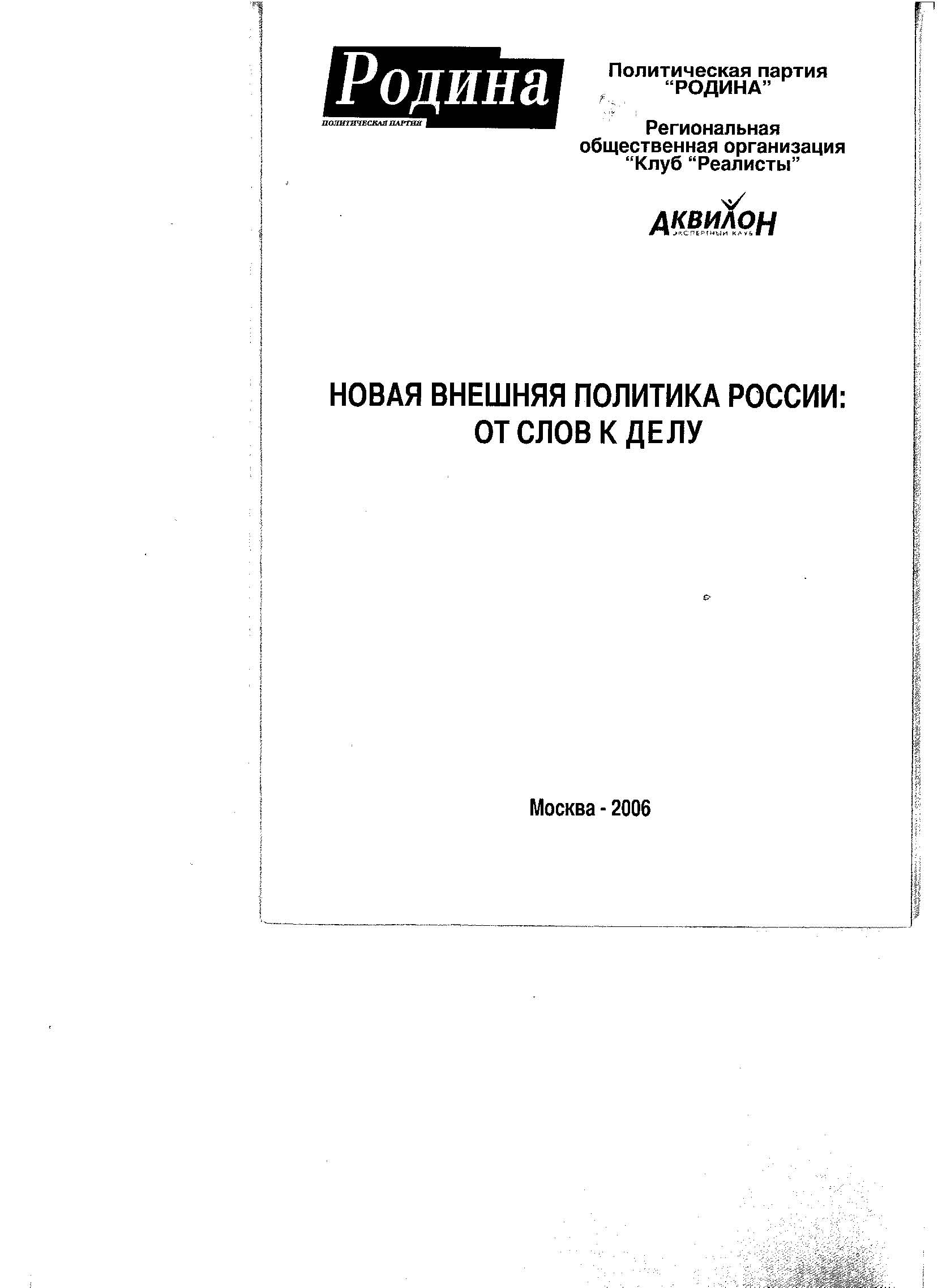 Финансовые ресурсы и учреждения
Буторина О. В., Кондратьева Н. Б. В кн.: Европейская интеграция: учебник. М.: Деловая литература, 2011. Гл. 11. С. 186-202.
The US-Russia missile defense dialogue as a factor of the Russian defense policy
Suslov D. International Relations. IR. Издательский дом НИУ ВШЭ, 2012. No. 02.
To a big extent the Russian defense policy and, as a consequence, development of the Russian defense industrial complex, is determined by the prospects of the US missile defense policy and fate of the US-Russia negotiations in this area. As a cooperative solution seems improbable in the observable future, Russia plans to develop certain response measures of military nature, including creation of a new heavy  ICBM, and to create its own missile defense by 2015. However, this policy does not seem correct from the economic, political and security viewpoints. Russia overestimates the possible military challenges of the hypothetic US missile defense system and invests huge funds into fighting non-existent threats. A US-Russia cooperation in missile defense is possible, and it would fundamentally change their overall relations for the better.
World Politics and Support for Terrorism within Muslim Populations: Evidence from Muslim Countries and Western Europe
Zhirkov K., Verkuyten M., Weesie J. Sociology. SOC. Высшая школа экономики, 2012. No. 08.
Focusing on the Muslim populations in five Muslim-majority countries and four Western European countries, we examine the levels of support for suicide bombings and other forms of violence. We found that support for terrorism among Muslims is present but the percentage of radicals is quite low. In both samples, support for terrorism is stronger among those who see democracy as a solely Western political system. This pattern of association is similar across the Western European countries, whereas the association varies considerably across the Muslim countries. The perceived economic dominance of the West is related to more support for terrorism among Muslims in Europe. In the Muslim countries, blaming the West for negative international relations is associated with greater support for terrorism. We suggest that improvement of the relationships between the West and the Muslim world can reduce support for terrorism and prevent radicalization within Muslim societies.
Будущее мировой политики: через разрешение противоречия между принципом государственного суверенитета и правом наций на самоопределение – к новой эре международных отношений
Соболева И. В. В кн.: Государственный суверенитет vs. право наций на самоопределение. М.: Издательский дом НИУ ВШЭ, 2011. С. 9-27.
June 2012 Survey of Developments in U.S.-Russia Relations
Suslov D. Working Group on the Future of the US-Russia Relations. 2012.