THERMINIC Workshops are a series of events to discuss the essential thermal questions of microelectronic microstructures and electronic parts in general. These questions are becoming more and more crucial with the increasing element density of circuits packaged together and with the move to nanotechnology. Thermal management is expected to become an increasingly dominating factor of the cost of the total system. All these trends are calling for thermal simulation, monitoring and cooling. New developments such as the moving parts of microsystems raise new thermal problems to be solved in the near future necessitating the regular discussion of the experts in these fields. In addition, new materials have to be created to assure the manageability of the increased thermal stress and to answer the challenges of the nano-era. 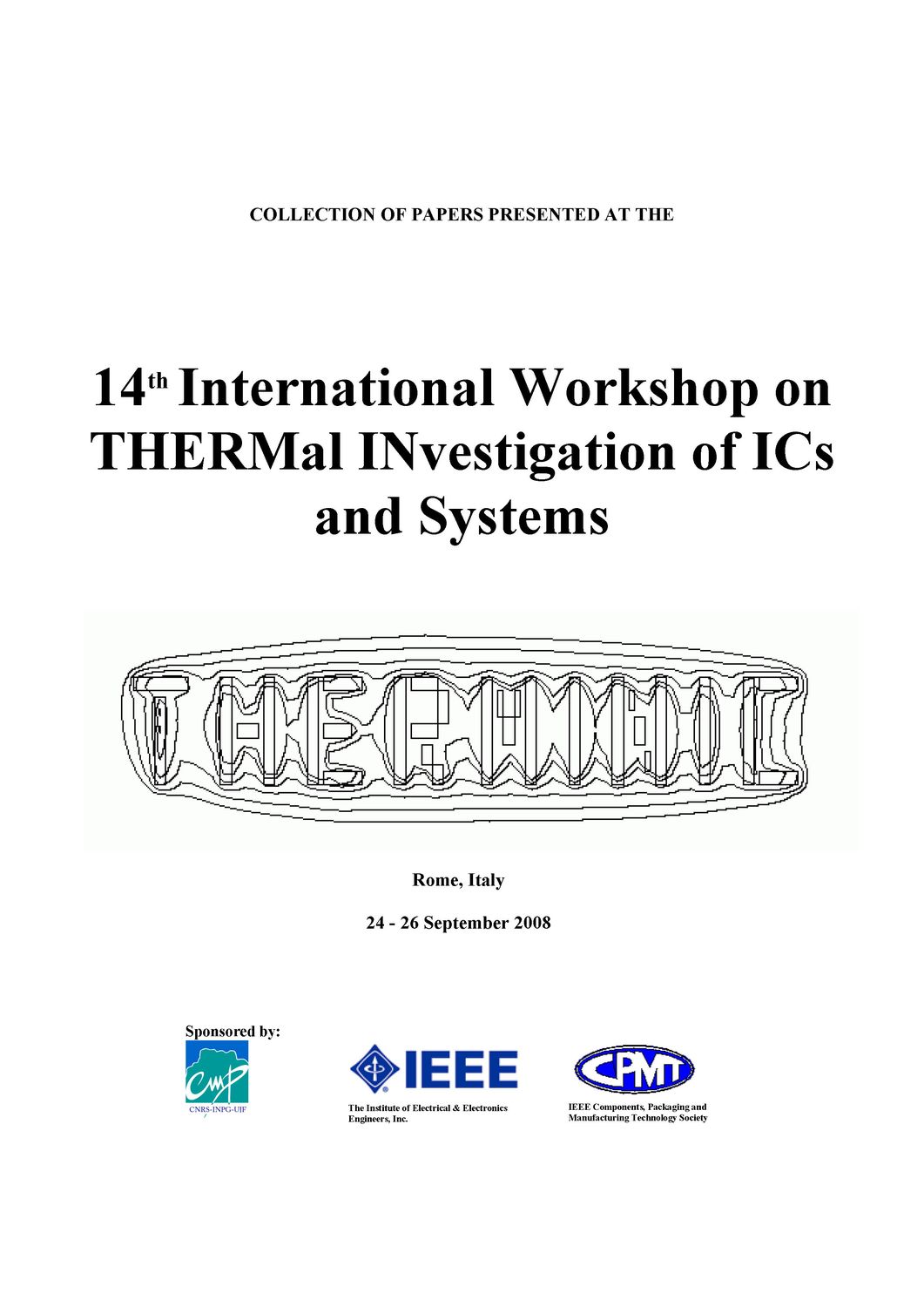