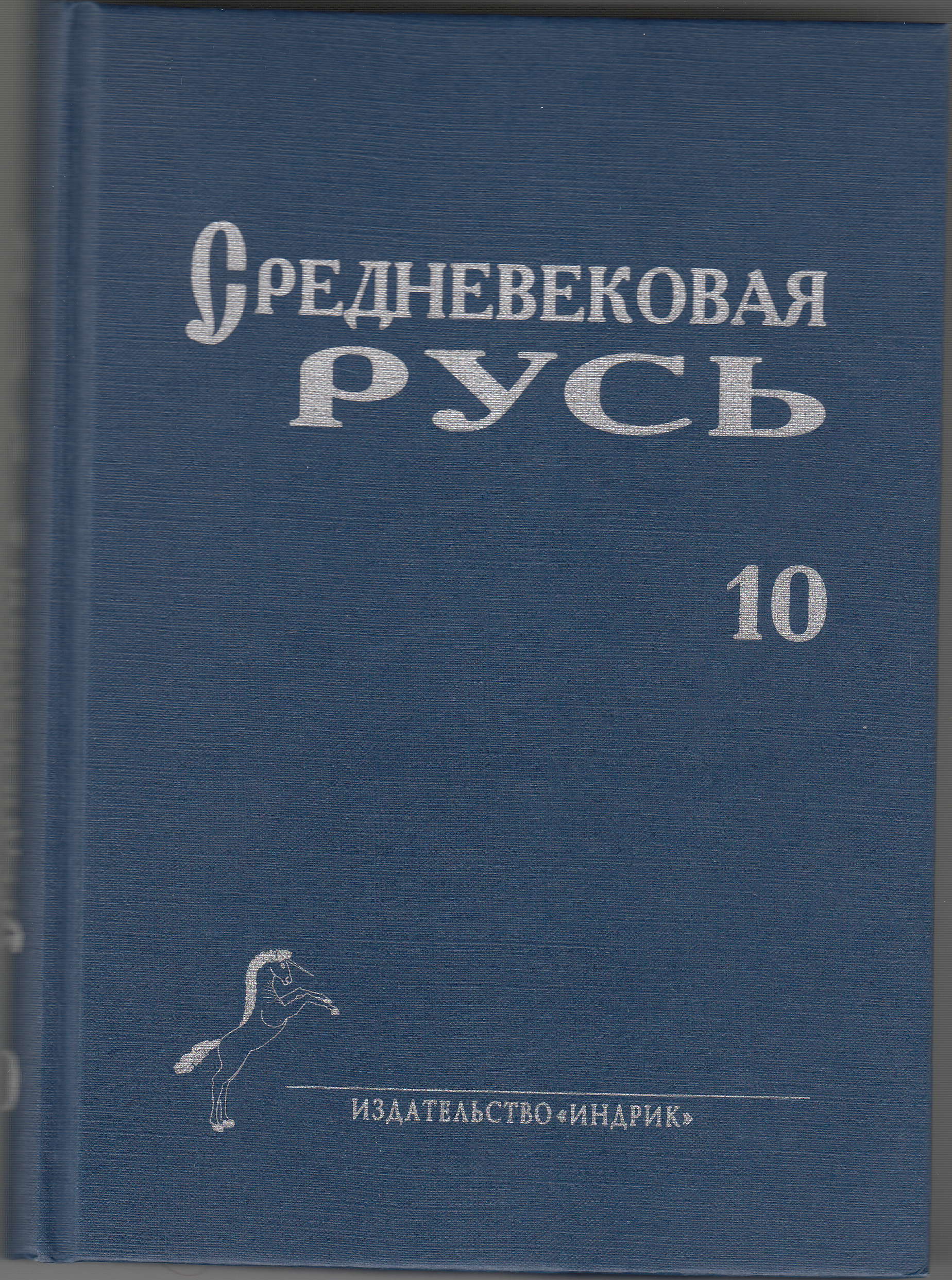 One of the first more or less extensive Russian official accounts, describing Muscovite embassies to European courts, depicts the mission of Vladimir Plemiannikov and Istoma Maloy to Emperor Maximilian I in 1517. Its reliability can now be examined anew due to several documents recently found (or reassessed) in state archives in Moscow and Innsbruck. This documentary evidence reveals the official report of the ambassadors to be not ingenuous and complete description of all relevant events (as it presents itself on the first glance) but rather a sophisticated construct. The authors' specific narrative strategy was based on selectivity of their account (where dubious episodes were omitted) and accentuation of those sides of their activity, that could show them in the most favourable light (as most devoted and skilful servants) in the eyes of the Grand Duke and his counsellors.

The author presents a history of the institute of pol’udie in Old Rus’ from the 10th to the mid 16th century and concludes that this institution had transformed depending on changing economic and financial conditions. Originally, pol’udie was gifts and food which population gave voluntarily to their leaders/rulers when they went round over a territory of a given “tribe”. Beginning at the early 12th century the pol’udie evolved into one tax collected in naturalia or money in favor of a prince or his agents or his beneficiaries. The poliud’e disappeared in the northeastern princedoms of Rus’ since they had been conquered by the Mongols and obliged to pay them a tribute in the mid-13th century.

The author compares the final report of ambassodors of the Grand Duke of Moscow after their mission in Innsbrick in 1518 with  contemporary accounts concerning the same embassy survived in Austrian archives.

The author studies how the famous Old-Russian 'The Legend of the Calling-in of the Varangians" was edited and reworked in the Russian and Ukrainian historical works of the 16-17th centuries. He concludes that the early medieval mythes of the original text (in the Nestor Chronicle) were creatively developed in the Early Modern Time. In the 16th century the "dynastic myth" was in demand, and in the 17th century it was the "ethnogenetic myth" which became topical.

The article continues the study of historical geography and trade routes of Eastern Europe of the 9th century. It analyzes the map of the archeological finds connected with the culture of medieval Scandinavians and other inhabitances of Northern Europe (arms, jewelry etc.). The map of these finds is compared with the map of hoards of the 9th century, which allows asserting that in a number of cases the places of the finds of Scandinavian artifacts and hoards coincide. Once again this fact is testimony to the participation of Scandinavians in the transit of silver coins across Eastern Europe. The data analysis of terminus post quem of the settlements connected with the presence of the Scandinavians in Eastern Europe allows to assert that all those settlements (except Ladoga and Rurikovo Gorodische) appeared in the early 10th century, and till the end of the 9th century there were no fixed Scandinavian settlements outside the regions of the Volkhov and the Ilmen’. The areas, where the series of sing finds were found give the reason to mark the limits of arrival of the Scandinavian (Northern) pioneers. We argue that the 9th century was a special period in the history of Eastern Europe, the use of the later historical data (above all, concerning the 10th century) for the reconstruction of the historical processes of this century methodologically is inappropriate.

Collection of papers and reports of the International conference had dewdicated to 600- years anniversary of the outstanding statesman an Church leader saint Sergius of Radonesz. The publication contentinclude a wide range of issues and controversal subjects related to politics,Church and Military history etc.