The book contains supplementary exercises in IELTS exam format to texts from Fast Track to CAE (Longman). The exercises were specifically developed for 1st year students to be used in class. 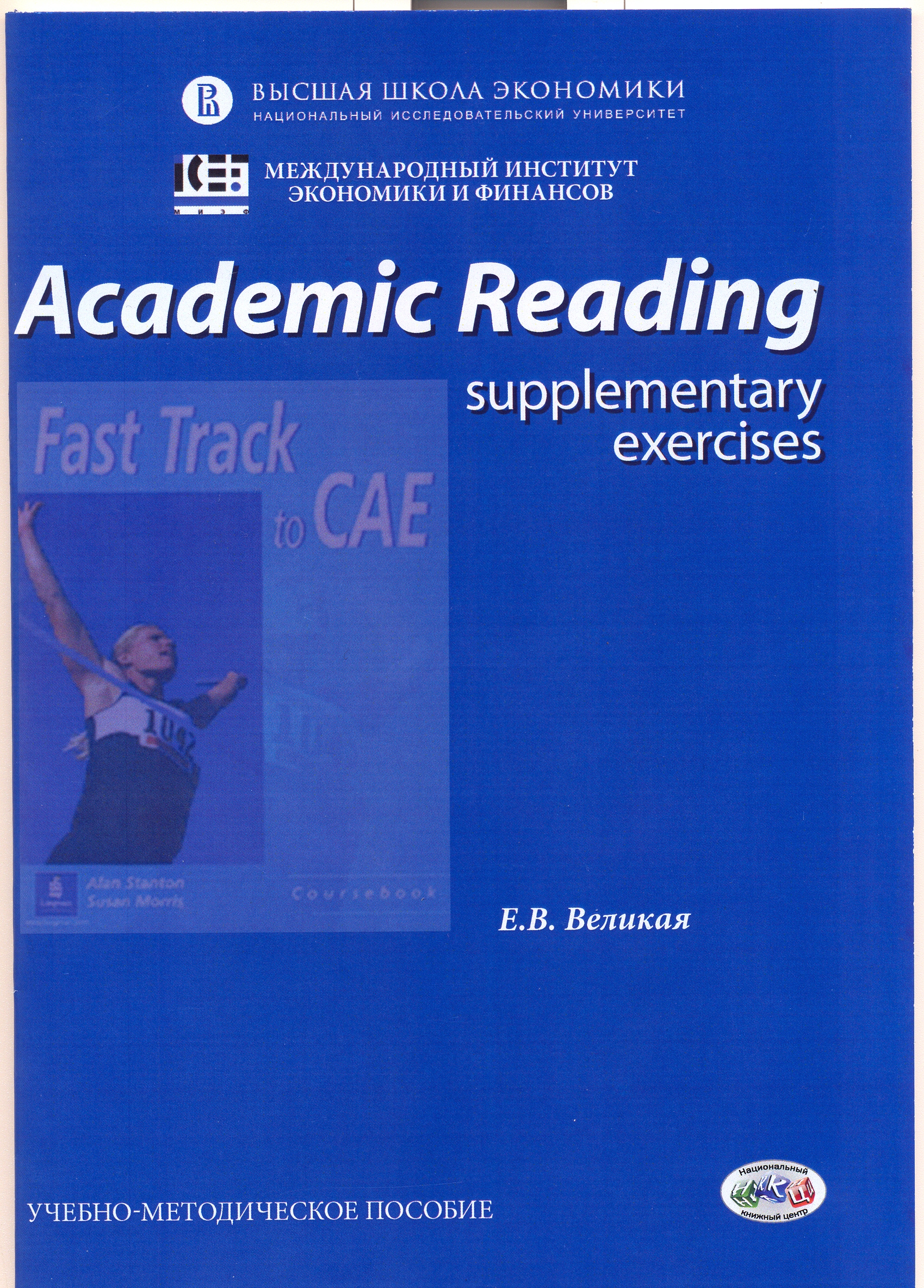 The book is designed to develop academic reading skills and prepare for the IELTS exam. It contains supplementary exercises to “The CAE Course” published by Cambridge University Press.

Chapter 17 of the monograph is devoted to academic skills acquisition at a non-linguistic university in Russia. It provides the main purposes of students studying at a double (London University and the Higher School of Economics) Bachelor programme and various techniques.

The article focuses on developing academic literacy in an English for Academic Purposes course. It reviews different approaches to teaching academic writing and shows that the "reading-to-write" approach might be the most effective one. The paper also identifies some difficulties that Russian students are likely to have due to a low level of native language academic skills and suggests ways to overcome them.

The article discusses the process of textually mediated communication in science and proposes an approach that complements citation analysis. Namely, it addresses the question of how the author’s text is read by the reader and whether the reader interprets the text in the same manner as the author. Fifty-seven scholarly contributions (articles, book chapters and book reviews), written by three social scientists, were content analyzed with the help of the QDA Miner and WordStat computer programs. The outcomes of the qualitative coding were compared with the outcomes of the analysis of word co-occurrences and the outcomes of the analysis on the basis of a dictionary based on substitution. Our findings suggest that texts have plural interpretations. Depending on the reading context, either the author’s or the reader’s perspective prevails. Also, both the author and the reader may read the text in a either deep or perfunctory manner. Deep reading necessitates spending significant time and cognitive resources.

The introduction gives a review of current approaches to teaching reading in a foreign language at a university level developed in Western and Russian research. It describes the goals of the book and explains its structire.