In the Soviet Union of the 1920s, the most prominent avant-garde artists were eager children's book illustrators. Reaching a mass audience of unformed, malleable young people appealed to their commitment to an art manifesto based on the creation of a new kind of person for the revolutionary age. At the same time, the opportunity to work for good pay along with a low risk of censorship were practical attractions. The Constructivist artists drew considerable attention in the West for their brilliant creativity in using geometric designs, machine-age forms, and an architectural sense of space in their approach to the visual arts. Rejecting easel painting as a passe bourgeois preoccupation, they turned to designing and mythologizing objects of everyday use. In a major reassessment of their work, Evgeny Steiner forcefully demonstrates that the Constructivists were as committed to implementing Utopia - regardless of the human cost - as their establishment counterparts. Basing his work almost completely on primary sources - Russian picture books from the Russian State Library, private collections, and publishers' archives - Evgeny Steiner tells his story in deft prose with a wry sense of humor. The solidness of his sources, the range of his interests, and the depth of his understanding of Russian life combine to make this an unusually perceptive book on a fascinating cultural issue that combines the visual arts, literature, and politics. 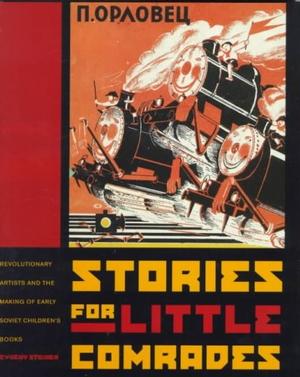