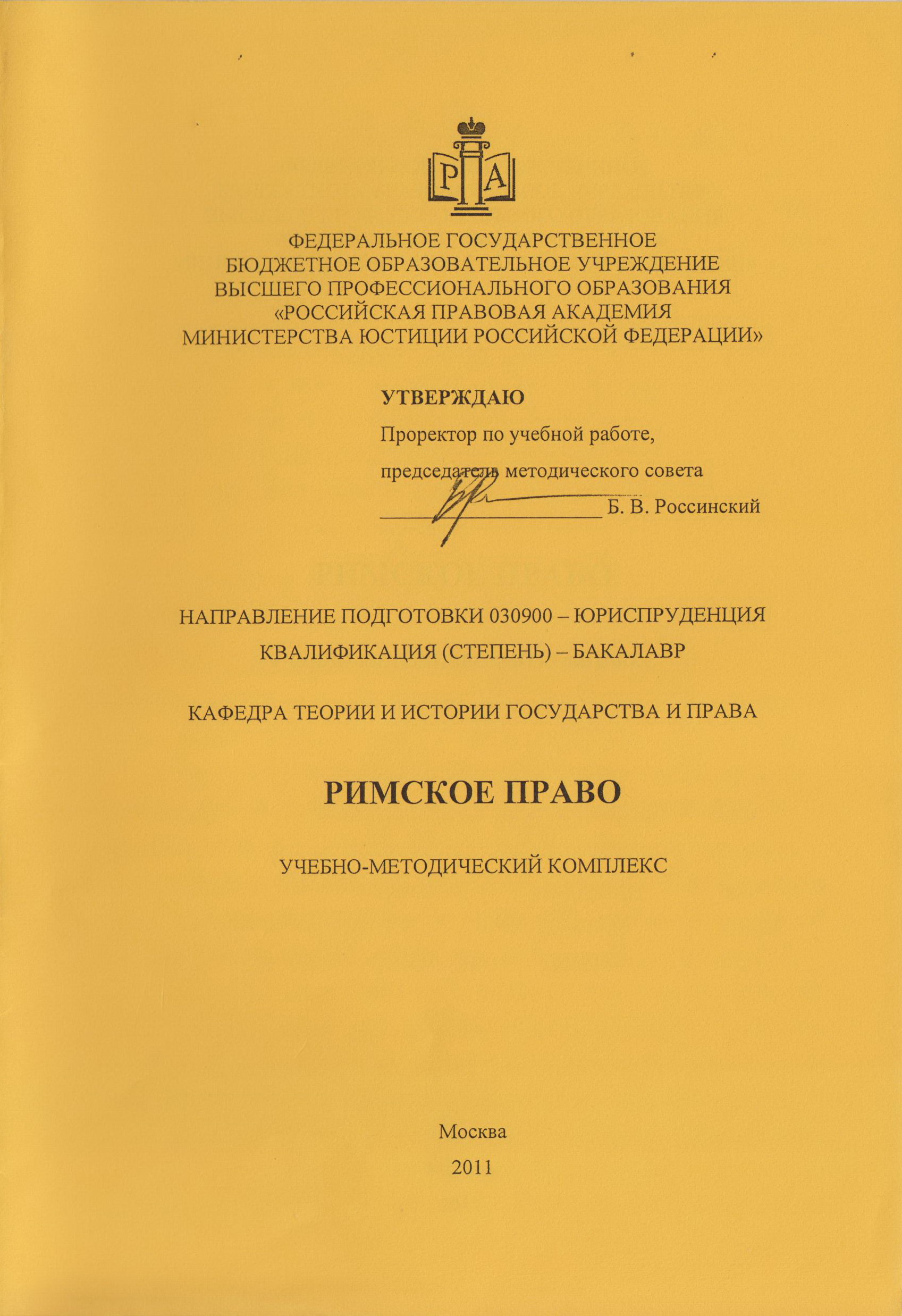 In this article author investigates a phenomenon of the reception of Roman law in the frames of the formation of pan-European legal system of ius commune arisen in Western Europe during the XII - XIV centuries. As principal elements of the cited system in the article are discussed Roman law (Corpus iuris civilis of Justinian), canon law (Decret of Gratian and the main collections of papal decretals), feudal law (Libri feudorum) and the ordinary gloss which has accompanied all of the indicated texts. Also author insists on update of existing in Russian science historical conception of reception of Roman law as an independent phenomenon.

The article is concerned with several turning points in the history of the concept of the legal principle in European law as represented in the treatises of some leading lawyers of ancient Rome, the Middle Ages and the modern age. The main point is that the idea of legal principle did not exist in Roman Law, but it was partly developed in medieval civil law and found its full expression in the treatises of those academicians who advocated the natural law.

Институт моральной власти в конституционных проектах Симона Боливара.
Алексеева Т. А. В кн.: Сравнительно-правовой анализ в исследованиях правовых институтов и явлений в отраслевом, страноведческом и временном аспектах. Труды лаборатории сравнительно-правовых исследований.Часть 1.. СПб.: Издательство Политехнического университета, 2011. С. 36-53.
Linsegnamento del diritto romano nell Universita Imperiale di San Pietroburgo
Alexeeva T. A. Quaderni camerti di studi romanistici International Survey of Roman Law. index. Jovene Napoli, 2012. No. 40.
The article is devoted to the study of pre-revolutionary tradition of Roman law in St. Petersburg, specially, in the Imperial University. In chronological order, the author presents the various features of professors teaching the subject, describing the work published by them, shows the relationship of the Roman law teaching manners to the socio-political situation in the country and the situation of the universities. The article describes the characteristics of the study of the history of Roman law and its dogma (system) and results of its studies by Russian researchers during their stay in Germany, where modern Roman law was actual before the entrance into force of the German Civil Code. The analysis concludes by comparing the pre-revolutionary tradition and contemporary situation of teaching of Roman law and its contribution to legal education.
The Legitimacy of the Bolshevik Order, 1917-1918: Language Usage in Revolutionary Russian Law
Borisova T. Y. Law. LAW. Высшая школа экономики, 2012. No. 05.
The article describes and analyzes the legislative politics of revolutionary regimes in Russia in 1917-1918. The author aims to demonstrate the political meaning of the form of early Soviet legislation and its legitimizing effect. The revolutionary legislators often used specific language in the new laws as a vehicle of legitimacy, i.e. to make the people comply. The two main types of legal language used by the Bolsheviks can be interpreted from the perspective of different types of legitimacy. The revolutionary strategy used propagandistic legislation, written in the language of lay people, which urged them to act according to the new law. It can be seen as a request for acts of the people to legitimize the soviets. On the contrary, the traditional strategy employed old bureaucratic means of writing and distributing legislation to the local soviets. The language used by this strategy was closed to the understanding of a lay audience and implied traditions of obeying the law written in familiar legal language, which in turn implied rational/legal legitimacy. The second strategy had already become dominant after the first months of the Bolshevik revolution. This observation demonstrates that from the very beginning of their rule, Soviet leaders approached legislative policy from a technocratic point of view, which determined the further development of Soviet legal theory and practice.
Актуальные проблемы истории и права
Edited by: В. А. Лабузов Оренбург: Оренбургский государственный институт менеджмента, 2011.
Правовое обеспечение единой государственной экологической политики Российской Федерации
Edited by: С. А. Боголюбов, Н. И. Хлуденева М.: Юстицинформ, 2011.
Право на контрдемонстрации: угроза или индикатор уровня демократии?
Храмова Т. М. Конституционное и муниципальное право. 2012. № 7. С. 10-16.