The article describes the ideas of Franz Kafka concerning the yewish actors from Lemberg. 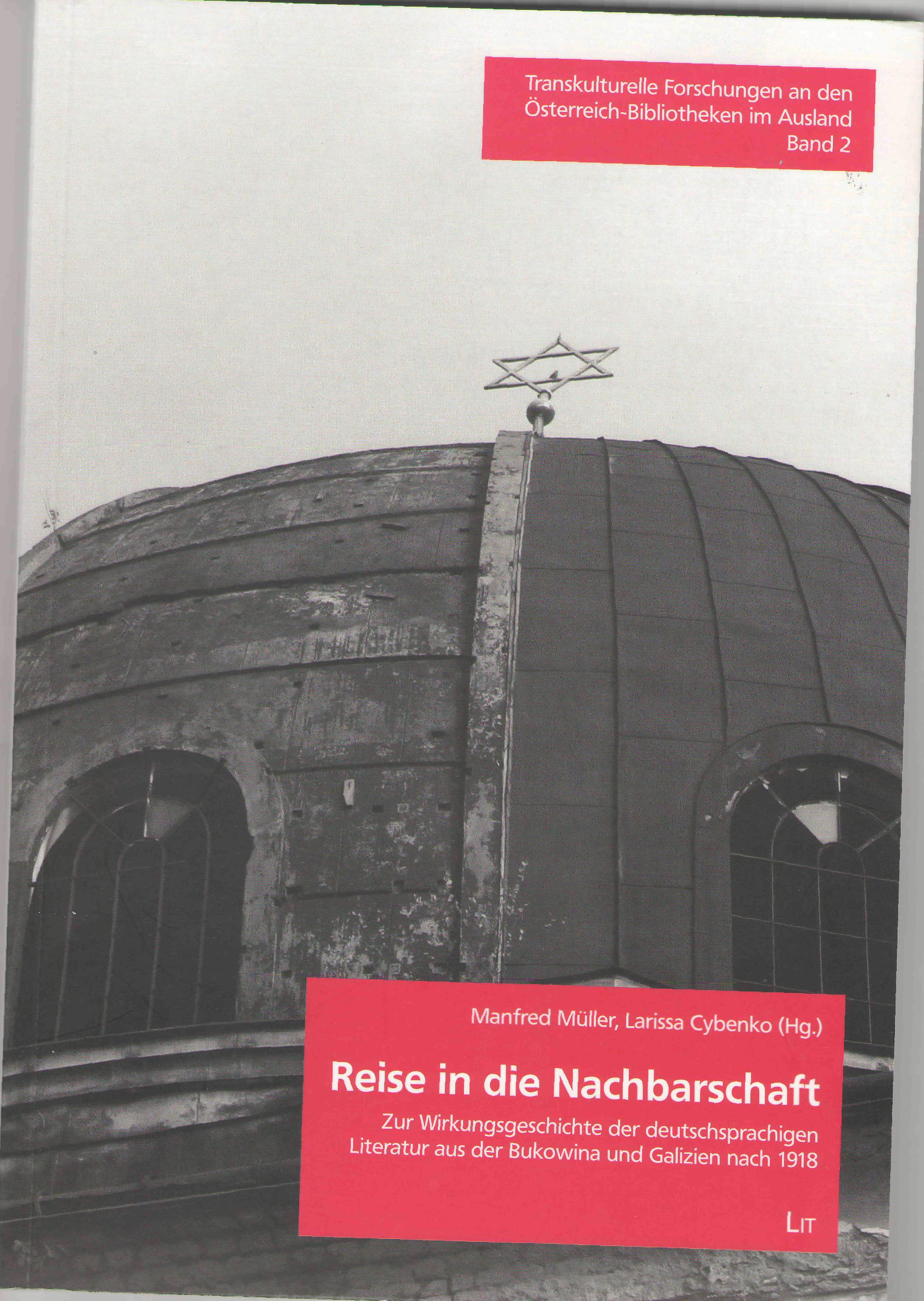 THE DECISION-MAKING PROCESS IN PUNISHMENT IMPOSITION: FOUR FACTORS OF PUBLIC PERCEPTION IN RUSSIA
Pogosova Z. M., Penikas H. I., Nizhnik M. Law. LAW. Высшая школа экономики, 2015
The “ignorance of law” defense is often used as an argument to decrease the degree of punishment assigned to a convicted criminal. Previous research has identified that the degree of punishment is, inter alia, impacted by the perceived morality of the action and the  convicted criminal’s knowledge of the law. Compared to previous findings, the current paper contributes to the field of study in three principal ways. First, it analyzes Russian respondents and their perceptions of morality of action (previous studies have dealt with American respondents). Second, the present paper traces the distinction between lawyers’ perceptions and those of laypeople. Third, the quantitative impact of the ignorance of law defense on a trial group is traced by considering the interrelationship of factors determining the ultimate degree of punishment a hypothetical criminal would be sentenced to.
Факторы, влияющие на выбор профессии учителя иностранного языка
Пермякова Т. М., Шевелева М. С. Известия Уральского федерального университета. Серия 1: Проблемы образования, науки и культуры. 2015. № 1(135). С. 84-94.

This paper deals with the perception of English language teaching profession at a secondary school level by university students who specialize in languages. Survey results demonstrate that though respondents find English teaching content appealing, the perceptions of unattractive low pay and high workload stop them from choosing a teaching career. Also, students are uninformed about labor conditions for school teachers. Internal motivation such as personal qualities and preferences is the primary incentive to choose English language teaching profession.

Neighbourhood Perceptions of the Ukraine Crisis: From the Soviet Union into Eurasia?
Edited by: G. Besier, K. Stoklosa. Abingdon: Routledge, 2017.

Recent events in Ukraine and Russia and the subsequent incorporation of Crimea into the Russian state, with the support of some circles of inhabitants of the peninsula, have shown that the desire of people to belong to the Western part of Europe should not automatically be assumed. Discussing different perceptions of the Ukrainian-Russian war in neighbouring countries, this book offers an analysis of the conflicts and issues connected with the shifting of the border regions of Russia and Ukraine to show how ’material’ and ’psychological’ borders are never completely stable ideas. The contributors – historians, sociologists, anthropologists and political scientists from across Europe – use an interdisciplinary and comparative approach to explore the different national and transnational perceptions of a possible future role for Russia.

Misperceiving Inequality
Gimpelson V. E., Treisman D. NBER Working Paper. National Bureau of Economic Research, 2015. No. 21174.
Since Aristotle, a vast literature has suggested that economic inequality has important political consequences. Higher inequality is thought to increase demand for government income redistribution in democracies and to discourage democratization and promote class conflict and revolution in dictatorships. Most such arguments crucially assume that ordinary people know how high inequality is, how it has been changing, and where they fit in the income distribution. Using a variety of large, cross-national surveys, we show that, in recent years, ordinary people have had little idea about such things. What they think they know is often wrong. Widespread ignorance and misperceptions of inequality emerge robustly, regardless of the data source, operationalization, and method of measurement. Moreover, we show that the perceived level of inequality—and not the actual level—correlates strongly with demand for redistribution and reported conflict between rich and poor. We suggest that most theories about political effects of inequality need to be either abandoned or reframed as theories about the effects of perceived inequality.
Peircean Semiotics in the Context of Design Praxis: Abduction and Perception in Dialogue
Gambarato R. Sign System Studies. 2013. Vol. 41. No. 4. P. 424-432.

This paper discusses design process as a creative activity along with conceptual correlations of the semiotics developed by Charles Sanders Peirce. The central aim of this paper is to examine one of the most important concepts in Peirce’s theory related to design praxis: the concept of abduction. Abduction is the driving force behind creation and a way of producing new ideas. Peirce’s original concept is fundamental in order to maintain constant commitment to innovation required by design. To transmit messages in a creative way it is more efficient to intensely work with associations by similarity in order to obtain signs rich in information and analogies. Design communicates by all its constituent elements: shape, function, colour, material, technique, technology, etc. Therefore, signs of design share peculiar values of artistic signs as well as those of communicative ones. The associated information is as much aesthetic (shape) as it is semantic (content). The appropriation of Peircean concepts contributes to the understanding of the creative process, which in turn is crucial for understanding new possibilities by means of design.

Picture without Frame: How Do We Recognize Aesthetic Objects?
Kobyshcha V. Working Papers of Humanities. WP. Издательский дом НИУ ВШЭ, 2014. No. 79.
The paper aims to explore how aesthetic objects are constituted in the process of perception. Most of the studies of arts in social sciences take an artwork for granted and assume that it is seen because it is meant to be seen. Using examples of recent works in the sociology of art, I demonstrate that this question is usually ignored by the researchers, even though their empirical data reveals its importance. To overcome this disadvantage I suggest a theoretical analysis which includes Simmel’s aesthetic theory, phenomenological concepts of attention and contemporary approaches to perception in the sociology of art. As a result, I formulate a set of guiding conceptual principles and apply them to the study of the architectural festival “Arkhstoyanie”. The empirical cases provided in this paper show how and why certain artworks become an object of contemplation, disappear, or achieve a multiple presence.
Исследование проблемы несовпадения данных опросников темперамента с помощью слуховых вызванных потенциалов
Осокина Е. С., Рамендик Д. М., Чернышева Е. Г. и др. В кн.: Московский международный конгресс, посвященный 110-летию со дня рождения А.Р. Лурия. Тезисы сообщений. М.: Факультет психологии МГУ имени М.В. Ломоносова, 2012. С. 122-122.
Глаз ума: понятия ментальных образов и воображения от Беркли до современной когнитивной науки
Князева Е. Н. В кн.: Проблема воображения в эволюционной эпистемологии. М.: Институт философии РАН, 2013. С. 30-51.
Vision
Maiatsky M. In bk.: The Continuum Companion to Plato. L.; NY: Continuum, 2012. P. 253-255.

This monograph contains the translations of two chapters ("Pratyakṣa-lakṣaṇa-parīkṣā" and "Anumāna- parīkṣā") and the  studies on the Buddhist epistemology and logic as developed in the compendium of the great Buddhist scholar Śāntarakṣita "Tattvasaṃgraha" ("Collection of categories") and in the commentary "Pañjikā" of Kamalaśīla (both lived in VIII AD). Because Buddhists base their theory through the refutation of competing theories of all major systems, the text contains valuable information on the history of not only Buddhist, but all Indian epistemology and logic.

Introduction, chapters 1 and 3 were written by N. Kanaeva, chapter 2 - by V. Lysenco.

The book is adressed to historians of Philosophy and to the specialists in epistemology and cognitive sciences.

Identitätskonstruktionen in fiktionalen und nicht-fiktionalen Texten. Übersetzung und Rezeption
Edited by: S. Beate, C. Kesicka. Vol. 23. Berlin: Peter Lang, 2010.
the book describes the structures of identity in the fictional and non-fictional texts.  The authors focus the attantion on the problems of translation.