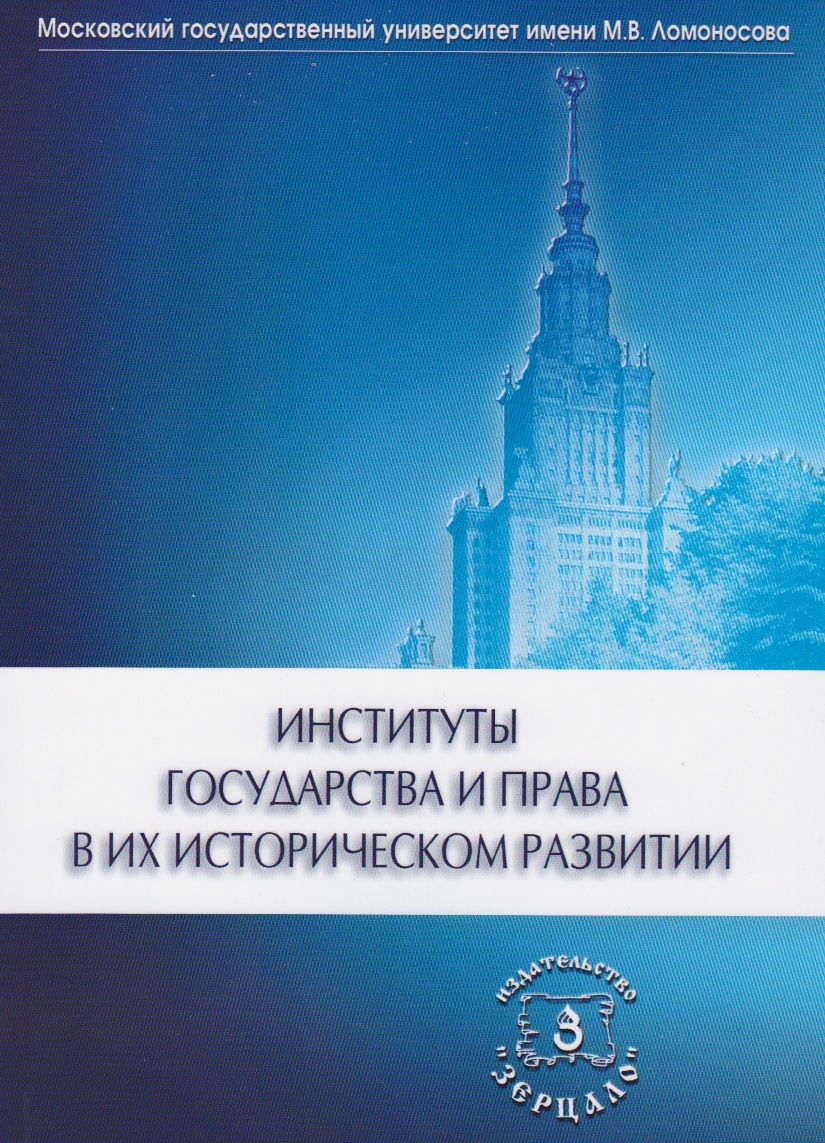 Similar publications
Права человека и другие близкие понятия: подходы к пониманию
Сунгуров А. Ю. В кн.: Права человека. Вып. 7. СПб.: НОРМА, 2010. С. 7-30.
Третий Международный Молодежный Форум юристов (межвузовская научно-практическая конференция студентов и профессорско-преподавательского состава) 06 декабря 2011 года «Роль юристов в развитии социального государства»: сборник докладов
М.: Российский экономический университет имени Г.В. Плеханова, 2011.
The Legitimacy of the Bolshevik Order, 1917-1918: Language Usage in Revolutionary Russian Law
Borisova T. Y. Law. LAW. Высшая школа экономики, 2012. No. 05.
The article describes and analyzes the legislative politics of revolutionary regimes in Russia in 1917-1918. The author aims to demonstrate the political meaning of the form of early Soviet legislation and its legitimizing effect. The revolutionary legislators often used specific language in the new laws as a vehicle of legitimacy, i.e. to make the people comply. The two main types of legal language used by the Bolsheviks can be interpreted from the perspective of different types of legitimacy. The revolutionary strategy used propagandistic legislation, written in the language of lay people, which urged them to act according to the new law. It can be seen as a request for acts of the people to legitimize the soviets. On the contrary, the traditional strategy employed old bureaucratic means of writing and distributing legislation to the local soviets. The language used by this strategy was closed to the understanding of a lay audience and implied traditions of obeying the law written in familiar legal language, which in turn implied rational/legal legitimacy. The second strategy had already become dominant after the first months of the Bolshevik revolution. This observation demonstrates that from the very beginning of their rule, Soviet leaders approached legislative policy from a technocratic point of view, which determined the further development of Soviet legal theory and practice.
Право на контрдемонстрации: угроза или индикатор уровня демократии?
Храмова Т. М. Конституционное и муниципальное право. 2012. № 7. С. 10-16.

Abelian automorphism groups of cubic fourfolds
Mayanskiy E. arxiv.org. math. Cornell University, 2013. No. 5150.
We list all finite abelian groups which act effectively on smooth cubic fourfolds.
Paleoconservatism of the Southern Agrarians
Belkovich R. Law. LAW. Высшая школа экономики, 2013
The emergence of the Tea Party movement in recent years has shown that under the surface of mainstream political life in the USA there exists a different layer of ideas, which cannot be satisfactorily described in terms of the Republican/Democrat dichotomy. These ideas have their origins in the foundation of the American Republic, which owes a lot to ancient and mediaeval political theory. In the twentieth century there was a revival of these ideas in the form of the so-called “paleoconservative” movements which rediscovered their ancient and mediaeval heritage. This paper focuses on one of them, the Southern Agrarian movement, as exemplary of this radical intellectual project.
Международные институты в глобальной архитектуре содействия развитию
Зайцев Ю. К., Перфильева О. В., Рахмангулов М. Р. и др. М.: Издательский дом НИУ ВШЭ, 2011.
Персонифицированная легитимность.
Скиперских А. В. Свободная мысль. 2005. № 8. С. 119-203.
Russian Competition law in light of the principles of ex post and ex ante
Totyev K. Y. Law. LAW. Высшая школа экономики, 2014
This article is devoted to the legitimation and application of the standards of ex post and ex ante by courts and the executive authorities in the sphere of competition regulation. The postulates of ex post and ex ante are considered as legal principles. The principle of ex post is intended solely for judicial and administrative application; it has a deontological framework; it assumes that the legality of the activity of economic entities is assessed only on the basis of positive legal criteria in terms of the subjective rights violated; it is limited to a particular case. The traditional approach to the principle of ex post limits the scope of its application on the subjects and excessively expands its objects. The postulate of ex ante has a utilitarian basis which assumes the assessment of the application of relevant rules in the future. One of the main aims of the article is to refute the common view of lawyers and economists that a legislator applies principle of ex ante not being bound by principle of ex post, while it is the other way around for the courts and the executive authorities. The principle of ex ante may be applied not only in the process of the creation of new rules but also at the application stage for existing rules on economic competition. This is justified because the arguments of the courts and the executive authorities about a refusal to take into account the consequences of a decision in a particular case are not convincing.
Актуальные проблемы гуманитарных и социальных исследований. Материалы X Региональной научной конференции молодых ученых Сибири в области гуманитарных и социальных наук
Edited by: А. М. Аблажей, Н. В. Головко Новосибирск: Новосибирский государственный университет, 2012.
Legislation as a Source of Law in Late Imperial Russia
Borisova T. Y. Law. LAW. Высшая школа экономики, 2012. No. 04.
This article analyzes the usage of legislation as a legal source in the Russian Empire through the phenomenon of the publication of law. The author argues that the absence of separation of executive, legislative and court powers had definite negative effects for lawmaking and enforcement. The legislative politics of Russian emperors could be analyzed using Jürgen Habermas‘ concept of ―representative publicness‖ (representative öffentlichkeit): to a large extent, the tsars considered law as both an assertion of authority and a means of governing. Their actions towards strengthening legality in the state (i.e. the compulsory publication of legislation) were in essence symbolic or theatrical. In fact, since the separation of laws from executive acts did not exist in imperial Russia, the legislation was published (or stayed unpublished) exclusively for state administrators. The conflict in conceptions of legality between state and civil actors in the second half of the nineteenth century was not of a merely political nature. The article demonstrates that there was a public demand for publication of legislation; insufficient accessibility of legal information negatively influenced social and economic development in imperial Russia.
Правовое регулирование градостроительной деятельности и землепользования в Российской Федерации и в городе Москве. Учебное пособие
Гринев В. П. М.: ГАСИС, 2008.
Россия и Договор Энергетической хартии
Белый А. В. ЭКО. 2010. № 6. С. 97-114.