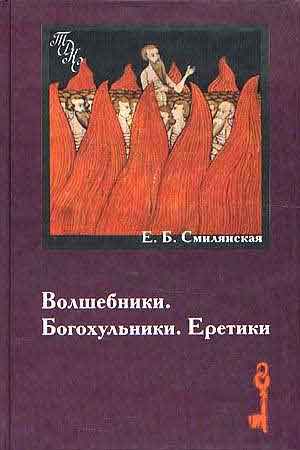 The Legitimacy of the Bolshevik Order, 1917-1918: Language Usage in Revolutionary Russian Law
Borisova T. Y. Law. LAW. Высшая школа экономики, 2012. No. 05.
The article describes and analyzes the legislative politics of revolutionary regimes in Russia in 1917-1918. The author aims to demonstrate the political meaning of the form of early Soviet legislation and its legitimizing effect. The revolutionary legislators often used specific language in the new laws as a vehicle of legitimacy, i.e. to make the people comply. The two main types of legal language used by the Bolsheviks can be interpreted from the perspective of different types of legitimacy. The revolutionary strategy used propagandistic legislation, written in the language of lay people, which urged them to act according to the new law. It can be seen as a request for acts of the people to legitimize the soviets. On the contrary, the traditional strategy employed old bureaucratic means of writing and distributing legislation to the local soviets. The language used by this strategy was closed to the understanding of a lay audience and implied traditions of obeying the law written in familiar legal language, which in turn implied rational/legal legitimacy. The second strategy had already become dominant after the first months of the Bolshevik revolution. This observation demonstrates that from the very beginning of their rule, Soviet leaders approached legislative policy from a technocratic point of view, which determined the further development of Soviet legal theory and practice.
Может ли история быть объективной? Материалы международной научной конференции, Москва, МГУ им. Ломоносова, 2 декабря 2011 г.
Edited by: С. Карпов Вып. 19. М.: Издательство Московского университета, 2012.
Сальвадор
Миронюк М. Г., Мартынов Б. Ф. В кн.: Политические системы современных государств. Т. 3: Америка, Австралия и Океания. М.: Аспект Пресс, 2012. С. 258-269.
Туркменистан
Миронюк М. Г., Сыроежкин К. Л. В кн.: Политические системы современных государств. Т. 2: Азия. М.: Аспект Пресс, 2012. С. 509-525.
Ранние теории
Гринин Л. Е. В кн.: Теория и методология истории: учебник для вузов. Волгоград: Учитель, 2014. С. 9-30.
Новая имперская история постсоветского пространства
Edited by: А. М. Семенов, И. В. Герасимов, М. Б. Могильнер и др. Каз.: Центр Исследований Национализма и Империи, 2004.
Лингвострановедение (французский язык)
Нежина Л. А. М.: АПК и ППРО, 2009.
Религиозность и этническая идентичность у представителей различных конфессий
Щербаков А. В. Вестник по педагогике и психологии Южной Сибири. 2014. № 2.
The article considers the perspective of domestic and foreign authors on the problem of religion, religiosity and ethnic identity. The aim of the published research was the revealing of differences in religious attitudes and ethnic identity among representatives of different religions, as well as the relations between the studied parameters. To conduct the study there were formed three groups of men aged 20-30 years in the amount of 92 people, openly expressing their religious beliefs (Muslims - 30 people, Orthodox - 31 people, atheists - 31 people ) and voluntarily agreed to participate in the study. For the diagnosis were used: a worksheet "Religiosity" by A.V. Orlov and a questionnaire " The types of ethnic identity " by H.W. Soldatova. The analysis of the data revealed the characteristic features of religiosity and ethnic identity of the three representatives of various religions (Islam, Orthodoxy, atheism). Moreover, we obtained the evidence that nationalism increases while the religiosity falls among the respondents. Our results can be used as the basis for developing a comprehensive program for the formation and development of religious and ethnic tolerance in terms of contemporary Russian society.
«Фауст» Гёте и теоретики ГАХН
Доброхотов А. Л. Философия и исследования культуры. WP20. Высшая школа экономики, 2012. № 01.
«Вехи» в контексте, или Интеллигенция как трагический элемент русской истории
Кантор В. К. Вопросы философии. 2010. № 4. С. 91-109.