M. : Higher School of Economics Publishing House, 2010.
Bratersky M.
The monograph deals with central aspects of the interaction of political and economic factors in contemporary international life, such as political instruments of the states which are used in their foreign policy, and political risks that arise when international companies interact with the state in countries where they make business. The basic economic mechanisms used by states to achieve its goals in foreign policy are reviewed. The second part reflects problems of political risk, methods of analysis, insurance and political risk management.

For students of international affairs, as political scientists and economists, as well as professionals involved in direct investment abroad and foreign investment insurance matters. 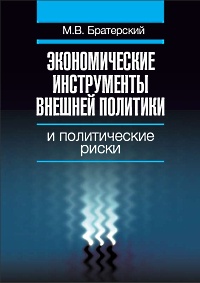