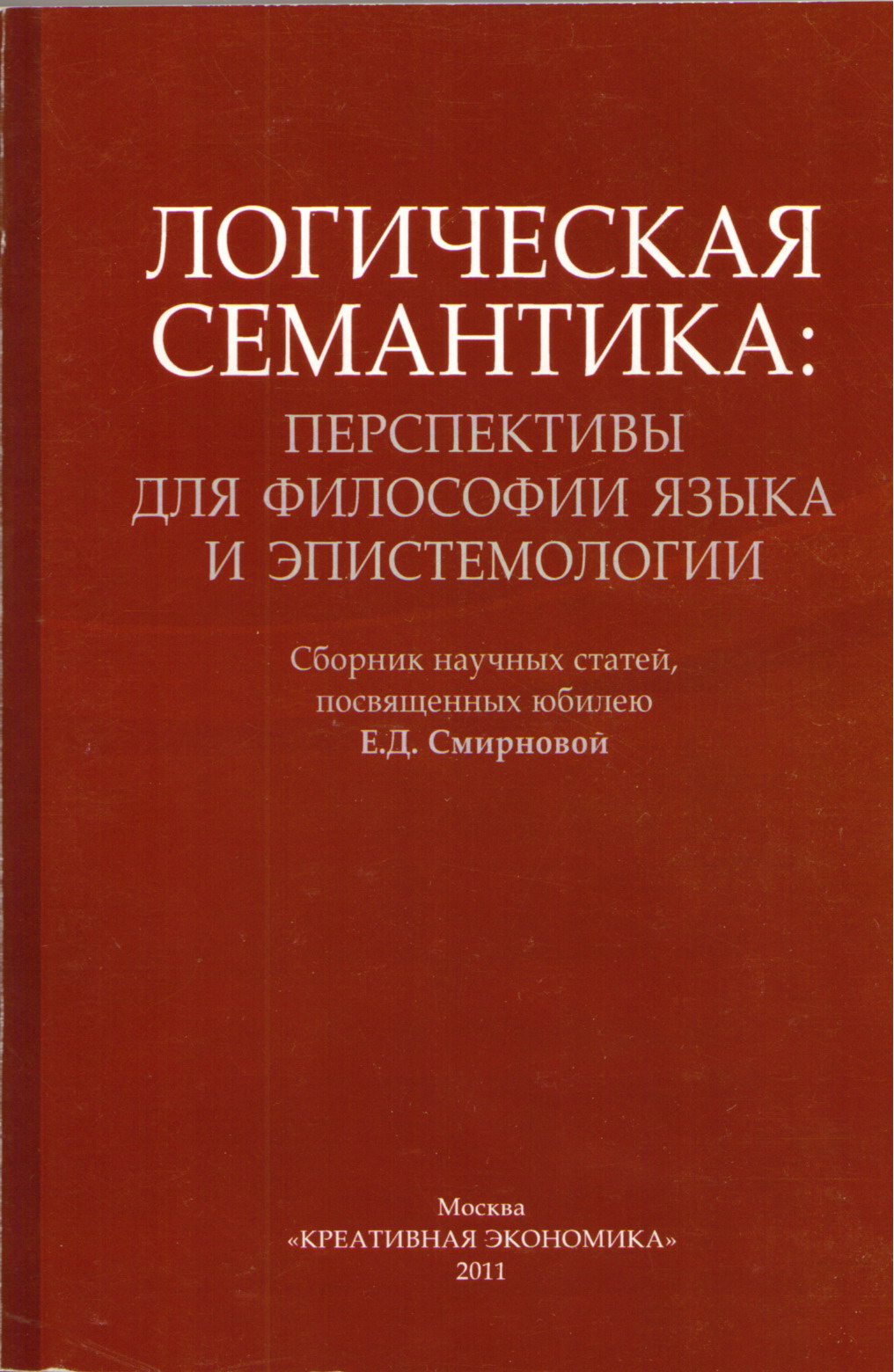 This paper considers the theory of objects of Alexius Meinong (1853–1920) in the light of discussions between himself and Bertrand Russell at the beginning of XX century. Meinong’s conception has made significant contribution into the problem of nonexistent objects that still remains one of the most debated in contemporary philosophy. Here author aims to show how theory of objects as such came into being and how its main ideas were discussed and criticized in subsequent philosophical thought.

Языковая манипуляция как орудие информационно-политической борьбы
Мягкова А. Ю. Ученые записки Российского государственного социального университета. 2010. № 8. С. 188-191.
The Logic of Forbiden Colours
Dragalina-Chernaya E. Humanities. HUM. Basic Research Programme, 2012. No. 10.
The purpose of this paper is twofold: (1) to clarify Ludwig Wittgenstein’s thesis that colours possess logical structures, focusing on his ‘puzzle proposition’ that “there can be a bluish green but not a reddish green”, (2) to compare model-theoretical and game-theoretical approaches to the colour exclusion problem. What is gained, then, is a new game-theoretical framework for the logic of ‘forbidden’ (e.g., reddish green and bluish yellow) colours. My larger aim is to discuss phenomenological principles of the demarcation of the bounds of logic as formal ontology of abstract objects.
Декарт и равнодушный Обманщик
Рогонян Г. С. Логос. 2014. Т. 98. № 2. С. 15-42.