Arts of Incompletion: Fragments in Words and Music

Incompletion is an essential condition of cultural history, and particularly the idea of the fragment became a central element of Romantic art. Through its resistance to classicist ideals it continued being of high relevance to the various strands of modernist and contemporary aesthetics. The fourteen essays in this volume, based on the 2017 Stockholm conference of the International Association for Word and Music Studies (WMA), for the first time address incompletion in a wide range of literary and musical texts, from Baudelaire and Flaubert through Tolstoy and Henry James to Bachmann, Jelinek and Janet Frame, from Nietzsche and Chopin through Russolo and Puccini to Rihm and Kurtàg. Two further essays deal with topical general issues in the field of word and music studies. 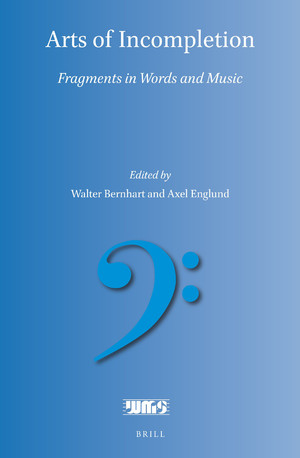