The intercollegiate collected volume of essays by Russian and American researchers is devoted to
the isssues related to the scope of such concepts as “hero” and “heroic,” “hero” and “character” in different
historical ages, the human ideals of different times and their embodiments in works of fiction,
turning a historical character into a fictional character, images of anti-heroes and traditions of ethical
and aesthetical opposition of characters, etc. Focusing upon the works by Western and Russian writers
of the 16th–21st centuries, the essays authors, researchers from Russia and the USA, approach the
above listed problems within the framework of the comparative literary studies concepts.
For professionals in the international literary relations, students of humanitarian faculties of
universities and a wide range of people interested in the problems of international literary relations. 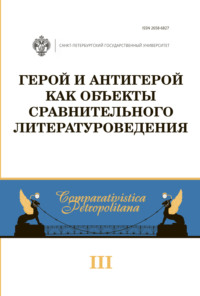