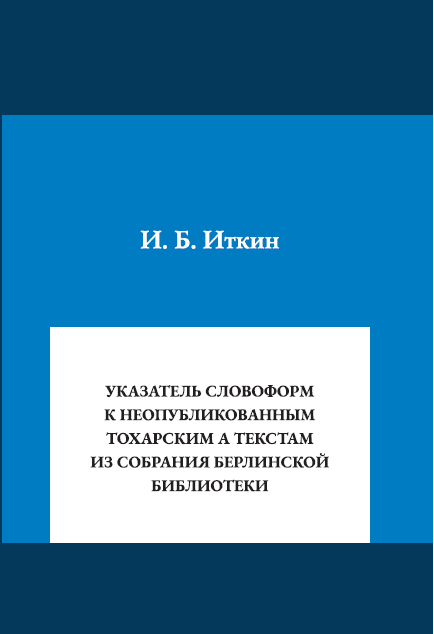 In the article the most important and interesting linguistic projects led by Ilya Segalovich (1964–2013) — one of the founders of the Yandex search engine — are considered. He also took part in their development. The following projects are among them. Development of the morphological analysis and synthesis of Russian words with a possibility of processing «new» words not included in the dictionary; solving the problem of morphological ambiguity for the Russian language with the help of normalizing substitutions; practical transcription of foreign, individual and common words; automatic positioning of stresses and the analysis of poetic texts; creation of efficient methods of recognizing fuzzy duplicates for textual documents; development of the information and require system «The National Corpus of Russian », etc. Key ideas and approaches connected with the searching of solutions to complicated linguistic problems are described, and Ilya's role in the invention of these approaches and their further development is stated. Examples of non-trivial linguistic algorithms developed by Ilya in collaboration with his colleagues are given.

Partitive cases and related categories
Edited by: S. Luraghi, T. Huumo. Berlin; NY: De Gruyter Mouton, 2014.
Acquisition of Russian Nominal Case Inflections by Monolingual Children: A Psycholinguistic Approach
Nina Ladinskaya, Chrabaszcz A., Lopukhina A. Linguistics. WP BRP. НИУ ВШЭ, 2019. No. 18.
While different researchers agree that the acquisition of Russian nominal cases proceeds somewhat sequentially, there is no consensus about the exact order of case acquisition in the literature on L1 acquisition (see Ceitlin, 2000; Gvozdev, 1981, 2007; Gagarina & Voeikova, 2009). Besides, accumulated longitudinal data are sparse and disparate, coming from children of different ages, socio-economic statuses, and language acquisition backgrounds. We adopt a psycholinguistic approach to examine acquisition of Russian nominal case inflections by Russian monolingual children (2-5 years old). The goal of the study is twofold: it sets out 1) to examine at what age children learn to generalize rules of noun case usage, and 2) to identify the order of acquisition of Russian oblique case inflections. Children perform a picture-based sentence completion task in which they have to finish the sentence by naming real or nonexisting objects in the pictures. Five sentence frames are constructed to bias the children’s responses towards the use of a noun form in one of the five oblique Russian cases, across three declensions plus plural forms. Data collection is in progress, but interim results show that monolingual Russian-speaking children learn to generalize morphological rules to novel nouns by the age of 2 and that nouns in the plural form are acquired later in language development compared to singular forms. Within the singular forms, 3rd declension cases, especially the instrumental case, present most difficulty. Additionally, 2-3-year-old children tend to substitute oblique cases with the nominative case forms. The results corroborate some of the previous findings and add additional insights into the acquisition of Russian case.
Proceedings of the Fourth International Conference on Meaning–Text Theory
Edited by: D. Beck, K. Gerdes, J. Milićević et al. Observatoire de linguistique Sens-Texte, 2009.

These proceedings include papers on subjects from a wide number of areas including theoretical  linguistics, translation, computational linguistics, natural language processing, and applied linguistics,  focusing on a variety of languages, ranging from familiar Indo-European languages to Mandarin Chinese,  Wolof, and Dene Sųɬiné. In order to make the papers available to the wider research community, these  proceedings are being published electronically and distributed freely at http://www.meaningtext.net

Macedonian possesses a rich system of affixes, some of them are considered to be completely synonymous. This is the case for diminutive suffixes serving to build diminutives from feminine nouns: there are four suffixes, three of them are of protoslavonic origin (namely, suffixes -ka, -ca, -ica) and one - -ichka - is considered to be of a more recent descent. As those suffixes have virtually the same range of meanings, a question arises as to their rivalry. Our research revealed that not all of the suffixes in question have the potential to combine with all the stem types. Their combinability is restrained by their morphonological properties and these constraints form a system of suffixal distribution. Having studied a corpus of over 500 diminutives, we came to the conclusion that suffix -ka primarily serves as a substitute suffix in the cases where other suffixes cannot combine, suffix -ca can solely combine with a single stem type (stems of feminine nouns ending with a consonant, former i-stems), and suffixes -ichka and -ica, possessing similar properties, are engaged in a rivalry which apparently is settled in favour of the former.

This paper is an overview of the so-called second genitive in Russian, a nominal form available for a minority of Russian nouns but widely used with these nouns in certain contexts. In many ways, the second genitive is a secondary case. Thus, it may always be substituted with a regular genitive form, while the opposite is not true. A major subset of the contexts where the second genitive may be used fits into what is known as a functional category of partitive, so this form is sometimes called Russian partitive. To a certain extent, indeed, the second genitive is the form with which the regular genitive may be substituted in partitive contexts. The analysis of the distribution of the second genitive shows, however, that the partitive meaning is not the only function of this form. Not less if not more widespread are uses in combinations with prepositions. These and other types of contexts should be taken into account to build a comprehensive picture of the category distribution and functional load.