Practising the Good. Desire and Boredom in Soviet Socialism

This book, a philosophical consideration of Soviet socialism, is not meant simply to revisit the communist past; its aim, rather, is to witness certain zones where capitalism’s domination is resisted—the zones of countercapitalist critique, civil society agencies, and theoretical provisions of emancipation or progress—and to inquire to what extent those zones are in fact permeated by unconscious capitalism and thus unwittingly affirm the capitalist condition.

By means of the philosophical and politico-economical consideration of Soviet socialism of the 1960 and 1970s, this book manages to reveal the hidden desire for capitalism in contemporaneous anticapitalist discourse and theory. The research is marked by a broad cross-disciplinary approach based on political economy, philosophy, art theory, and cultural theory that redefines old Cold War and Slavic studies’ views of the post-Stalinist years, as well as challenges the interpretations of this period of historical socialism in Western Marxist thought.

Chapters
Aberrations in Anti-Capitalist Critique. Desiring Alienation.
Chukhrukidze (Chukhrov) K. (., , in: Practising the Good. Desire and Boredom in Soviet Socialism. .: Minneapolis: e-flux, 2020.. Ch. 1. P. 27-65.
One of the syndromes of the anti-capitalist critique of alienation, both in politics and aesthetics, has been a strange aberration: what is criticized is simultaneously desired and accepted as the condition of vicious contemporaneity; so that repulsion to it overlaps with the fascination with it. The unconscious acceptance of vicious capitalist contemporaneity along with its fierce ...
Research target: Philosophy, Ethics, and Religious Studies
Language: English
Sample Chapter
Full text
DOI
Text on another site
Keywords: gender, political economy, non-libidinal, libidinal economy, sociologyEvald IlyenkovMaterialist dialecticsepistemology of socialism 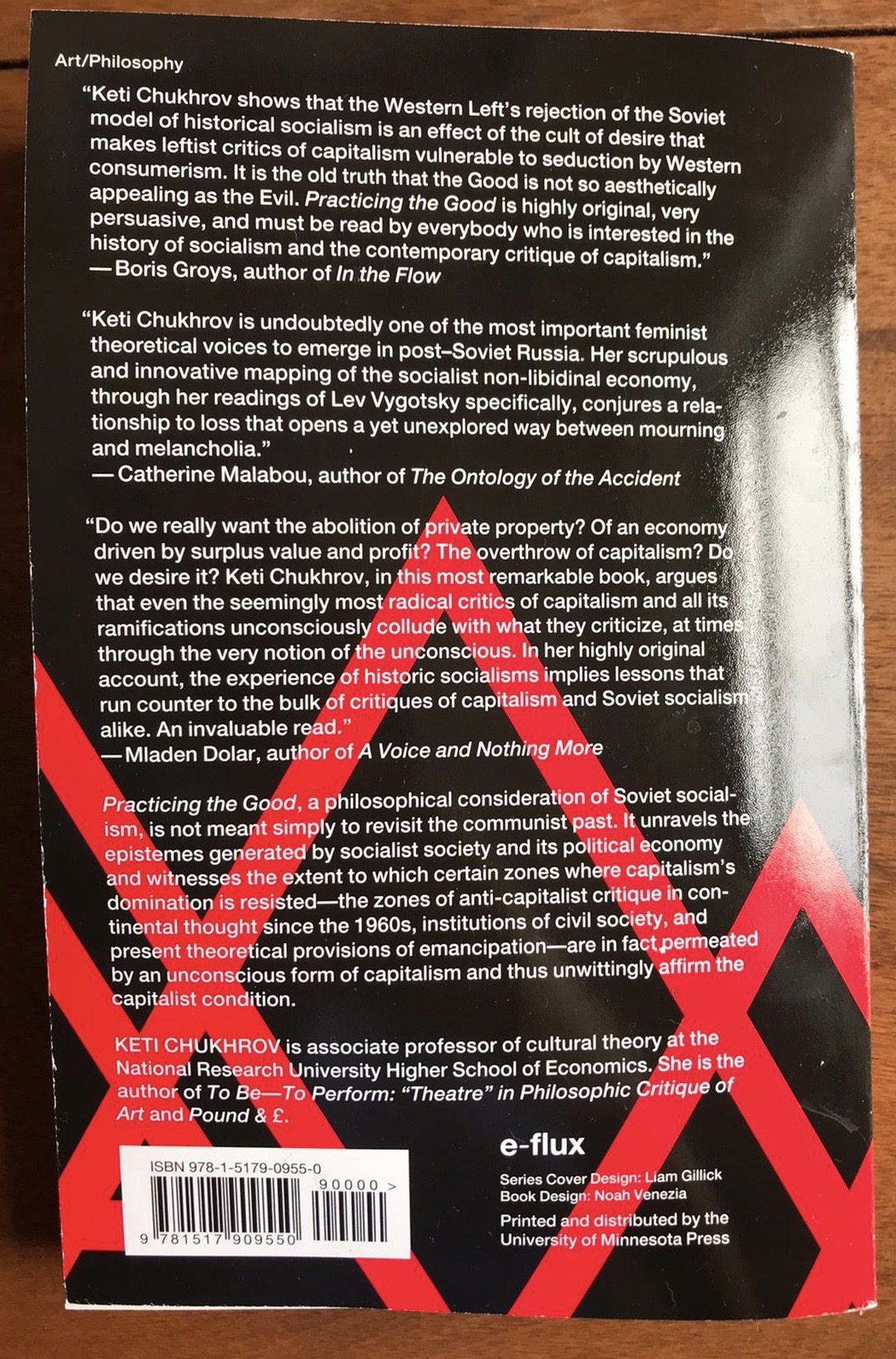