The author describes the forms of direct and representative democracy at the local government level. The Chapter highlights and describes: elections, referendums, meetings (gatherings) of citizens, law-making initiatives, public hearings, and others. The author drew attention to the forms of public participation of the population in solving local issues. The system of local self-government bodies is also described. The author considers the legal norms that determine the balance between the will of the population and the powers of municipal authorities 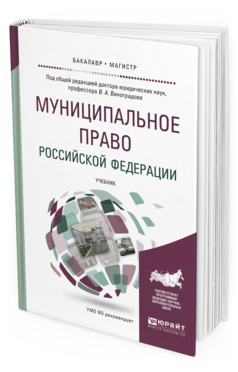 Similar publications
Взаимодействие национальных (конституционных) и наднациональных судов: есть ли альтернатива иерархическому подходу?
Филатова М. А. В кн.: Служение праву: сборник статей. М.: Издательство Проспект, 2017. С. 141-155.
The Eurasian Economic Union: An EU-Like Legal Order in the Post-Soviet Space?
Karliuk M. Law. LAW. Высшая школа экономики, 2015. No. WP BRP 53/LAW/2015.
The Eurasian Economic Union (EAEU) is an emerging regional organization of economic integration in the post-Soviet space. Following the limited success of previous integration attempts, it seeks to pursue deeper integration, borrowing features from the EU. The EAEU possesses a complex system of elements of an emerging legal order, some of which have distinct similarities with the EU, but others are decisively different. This paper analyses these features in order to find whether the legal changes that accompany the creation of the new entity allow ensuring the effective functioning of the EAEU and whether the respective legal order is autonomous similar to that of the EU. The author argues that the EAEU lags behind the EU in terms of the autonomy of the legal order and in its ability to ensure the effective functioning of the organization. Supranational features are limited, while it relies predominantly on intergovernmental elements with a view to preserve the interests of all Member States.
The Legitimacy of the Bolshevik Order, 1917-1918: Language Usage in Revolutionary Russian Law
Borisova T. Y. Law. LAW. Высшая школа экономики, 2012. No. 05.
The article describes and analyzes the legislative politics of revolutionary regimes in Russia in 1917-1918. The author aims to demonstrate the political meaning of the form of early Soviet legislation and its legitimizing effect. The revolutionary legislators often used specific language in the new laws as a vehicle of legitimacy, i.e. to make the people comply. The two main types of legal language used by the Bolsheviks can be interpreted from the perspective of different types of legitimacy. The revolutionary strategy used propagandistic legislation, written in the language of lay people, which urged them to act according to the new law. It can be seen as a request for acts of the people to legitimize the soviets. On the contrary, the traditional strategy employed old bureaucratic means of writing and distributing legislation to the local soviets. The language used by this strategy was closed to the understanding of a lay audience and implied traditions of obeying the law written in familiar legal language, which in turn implied rational/legal legitimacy. The second strategy had already become dominant after the first months of the Bolshevik revolution. This observation demonstrates that from the very beginning of their rule, Soviet leaders approached legislative policy from a technocratic point of view, which determined the further development of Soviet legal theory and practice.
Недопущение злоупотребления правом как цель антимонопольного регулирования
Болдинов Я. В. Юрист. 2018. № 8. С. 28-33.

This article is devoted to the revealing of the main objective of antimonopoly regulation, as well as the place taken by the prohibition of abuse of rights at the field of the antitrust regulation. To this end, an attempt is made to demonstrate that antitrust regulation is an institution combining economic, political and legal aspects, вased on this the author identifies the targets of this mechanism from the point of view of each of these areas. Particular attention is paid to identifying and analyzing the objectives of antimonopoly regulation from the legal point of view. According to the author, the correct definition of the objectives of the legal institution is the primary key to the formation of an adequate law enforcement, in particular in the implementation of controls in such strategically important area as the economy is.

Collection contains publications of the conference members from Belarus, Uzbekistan, Serbia, Russia and other countries, of public authorities and non-commercial entities, young scientists, students and candidates for a master’s degree. It considers new theoretical and empiric materials of theoretical-cognitive, analytical, practice-oriented nature. The material could be considered in practical, research and educational activities, as well as a recommended supplementary material for independent study. Articles of the conference members are published in author’s edition.

This short analysis of the case-law of the RF CC allows distinguishing several pivotal axes around which is centred the argumentation of that Court. First, it is the constitutional order that delimits the freedoms of legal subjects with some mandatory requirements and this way makes triumph the collective over the individual. In the same vein the Court agrees to restrict the freedoms for the sake of national security that guarantees survival and development of the society. Nonetheless, collective rights are not equivalent to the collective interests (volonté générale, if to follow the terms of J.-J. Rousseau), these latter are represented not by collectives but by the State that stands both over the individuals and the collectives. The State may in its activities be guided by the underpinning social conventions, but this guidance is limited by the principle of reasonableness following which the State (in fact, its agents) can decide about the extent to which they are ready to recognise these social conventions as reasons for action. It can be interfered that in this aspect one may assert that in the reasoning of the RF CC the collective interest prevails over the individual one, and the both are subordinated to the reasonable guidance of the State.

Derived from the renowned multi-volume International Encyclopaedia of Laws, this very useful analysis of constitutional law in Russia provides essential information on the country's sources of constitutional law, its form of government, and its administrative structure. Lawyers who handle transnational matters will appreciate the clarifications of particular terminology and its application. Throughout the book, the treatment emphasizes the specific points at which constitutional law affects the interpretation of legal rules and procedure.

Thorough coverage by a local expert fully describes the political system, the historical background, the role of treaties, legislation, jurisprudence, and administrative regulations. The discussion of the form and structure of government outlines its legal status, the jurisdiction and workings of the central state organs, the subdivisions of the state, its decentralized authorities, and concepts of citizenship. Special issues include the legal position of aliens, foreign relations, taxing and spending powers, emergency laws, the power of the military, and the constitutional relationship between church and state. Details are presented in such a way that readers who are unfamiliar with specific terms and concepts in varying contexts will fully grasp their meaning and significance.

Its succinct yet scholarly nature, as well as the practical quality of the information it provides, make this book a valuable time-saving tool for both practising and academic jurists. Lawyers representing parties with interests in Russia will welcome this guide, and academics and researchers will appreciate its value in the study of comparative constitutional law.