by year
Subject
News
Graduate Student of the Faculty of Computer Science on Studying in a Joint PhD Programme, Complex Systems, and Working During a Pandemic
For Roman Nesterov, PhD student and research assistant at the Laboratory of Process-Aware Information Systems (PAIS Lab), working remotely had already been the norm long before this spring. As student of a cotutelle PhD programme, he is constantly working with colleagues from Italy. We spoke with Roman about his research and about how one can pursue joint doctoral studies with another university abroad.
Complex Phonological Tests Are Useful for Diagnosing Reading Dysfunction
HSE University researchers have confirmed that the level of phonological processing skills in children can impact their ability to master reading. Complex phonological tests are best suited to detect phonological impairment. The study was published on September 6, 2020, in the Journal of Research in Reading.
The Power of Knowledge
Companies who have publishing academics integrated within their workforce learn and absorb external information more effectively. Such ability is called absorption capacity. Its dependence on the presence of academics in a company has been shown by the scientists from HSE University using the example of Russian exporters. IQ talked to one of the research authors, Anna Fedunina, about how publishing activity contributes to companies’ export success, and why business needs the absorption skills.
Publications 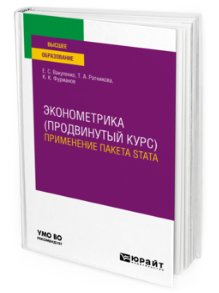 The article presents the results of foreign trade block modelling, as an integrated part of the Input-Output tool, including sub-blocks with calculations of imports and exports. Factor demand functions for imports are described, as well as demand functions for Russian non-energy exports. Method of transition from export forecast estimates compiled in groups of customs classifier to national commodity classifier is described.