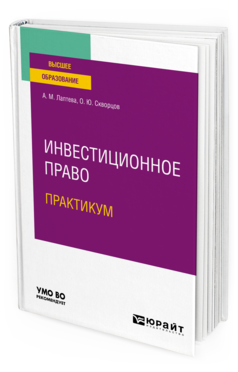 Similar publications
The Legitimacy of the Bolshevik Order, 1917-1918: Language Usage in Revolutionary Russian Law
Borisova T. Y. Law. LAW. Высшая школа экономики, 2012. No. 05.
The article describes and analyzes the legislative politics of revolutionary regimes in Russia in 1917-1918. The author aims to demonstrate the political meaning of the form of early Soviet legislation and its legitimizing effect. The revolutionary legislators often used specific language in the new laws as a vehicle of legitimacy, i.e. to make the people comply. The two main types of legal language used by the Bolsheviks can be interpreted from the perspective of different types of legitimacy. The revolutionary strategy used propagandistic legislation, written in the language of lay people, which urged them to act according to the new law. It can be seen as a request for acts of the people to legitimize the soviets. On the contrary, the traditional strategy employed old bureaucratic means of writing and distributing legislation to the local soviets. The language used by this strategy was closed to the understanding of a lay audience and implied traditions of obeying the law written in familiar legal language, which in turn implied rational/legal legitimacy. The second strategy had already become dominant after the first months of the Bolshevik revolution. This observation demonstrates that from the very beginning of their rule, Soviet leaders approached legislative policy from a technocratic point of view, which determined the further development of Soviet legal theory and practice.
Регулирование режима иностранных инвестиций в рамках ВТО
Лаптева А. М. В кн.: Перспективы развития России и Германии как членов ВТО. СПб.: НИУ ВШЭ (Санкт-Петербург), 2013. С. 147-149.
Практические вопросы взаимодействия негосударственных пенсионных фондов и коммерческих банков в части исполнения условий депозитных договоров по размещению средств пенсионных резервов
Телякова О. В. Финансы и кредит. 2012. № 11(491). С. 68-72.

The article gives the main ways of practical realization of risks, which appear during the process of cooperation between non-state pension funds and commercial banks on the basis of deposit agreements. Methods and mechanisms of prevention and elimination of risks’ realization are aggregated. The article summarizes the important experience that can be useful during the process of developing a non-state pension fund’s investment strategy.

This book presents the very first, interdisciplinarily grounded, comprehensive appraisal of a future “Common European Law on Investment Screening”. Thereby, it provides a foundation for a European administrative law framework for investment screening by setting out viable solutions and evaluating their pros and cons.

Daimler, the harbour terminal in Zeebrugge, or Saxo Bank are only three recent examples of controversially discussed company takeovers in Europe. The “elephant in the room” is China and its “Belt and Road Initiative”. The political will in Europe is growing to more actively control investments flowing into the EU. The current regulatory initiatives raise several fundamental, constitutional and regulatory issues. Surprisingly, they have not been addressed in any depth so far. The book takes stock of the current rather fragmented regulatory approaches and combines contributions from leading international academics, practitioners, and policy makers in their respective fields. Due to the volume’s comprehensive approach, it is expected to influence the broader debate on the EU’s upcoming regulation of this matter.

The book is addressed to participants from academia as well as to representatives from government, business, and civil society.