The ongoing transformations are closely interrelated. The so-called "regulatory guillotine" is designed to eliminate conflicting, redundant and outdated requirements that are subject to scrutiny by state control and oversight.

Information technologies have become very important elements of modern public administration. Today, digitalization and electronic document management are implemented in all public relations and have a high priority. All this could not leave without attention and the institution of public service. At the end of 2017, the legislation on public service was amended to further develop the Informatization of the personnel work of state bodies, which are analyzed in this article. 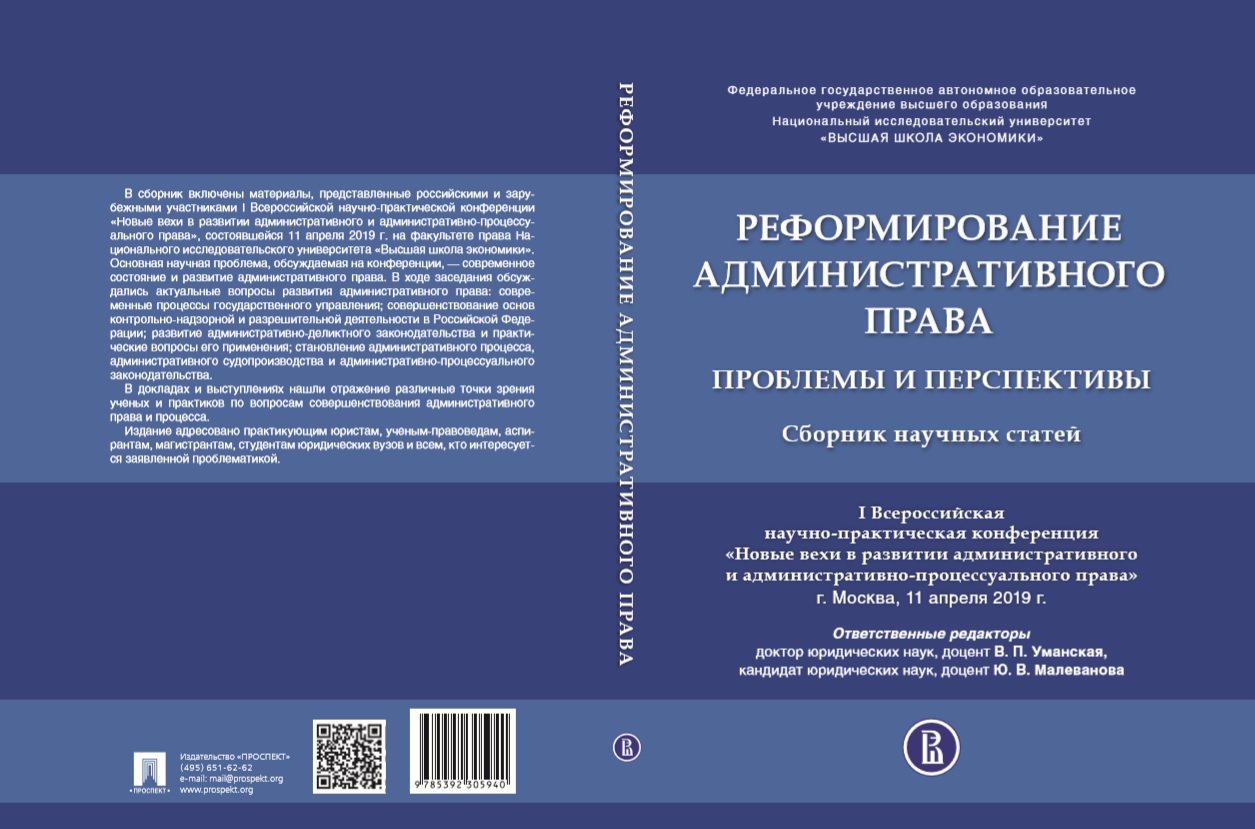 Similar publications
The Legitimacy of the Bolshevik Order, 1917-1918: Language Usage in Revolutionary Russian Law
Borisova T. Y. Law. LAW. Высшая школа экономики, 2012. No. 05.
The article describes and analyzes the legislative politics of revolutionary regimes in Russia in 1917-1918. The author aims to demonstrate the political meaning of the form of early Soviet legislation and its legitimizing effect. The revolutionary legislators often used specific language in the new laws as a vehicle of legitimacy, i.e. to make the people comply. The two main types of legal language used by the Bolsheviks can be interpreted from the perspective of different types of legitimacy. The revolutionary strategy used propagandistic legislation, written in the language of lay people, which urged them to act according to the new law. It can be seen as a request for acts of the people to legitimize the soviets. On the contrary, the traditional strategy employed old bureaucratic means of writing and distributing legislation to the local soviets. The language used by this strategy was closed to the understanding of a lay audience and implied traditions of obeying the law written in familiar legal language, which in turn implied rational/legal legitimacy. The second strategy had already become dominant after the first months of the Bolshevik revolution. This observation demonstrates that from the very beginning of their rule, Soviet leaders approached legislative policy from a technocratic point of view, which determined the further development of Soviet legal theory and practice.
Предписание антимонопольного органа о перечислении незаконного дохода: правовая природа и функции
Тотьев К. Ю. Законы России: опыт, анализ, практика. 2010. № 8. С. 40-48.

The order of federal antimonopoly body is traditional means of struggle against antimonopoly law infringements. Recently the higher judicial instances (the Constitutional Court of the Russian Federation and the Supreme Arbitration Court of the Russian Federation) have taken part in discussion about the legal nature of the order to transfer the illegal income). Why have these bodies paid attention to the problem concerned? How to estimate their decisions on a problem of application of this order? These questions are being discussed by the author in the present article with the use of the judiciary practice and the legal doctrine.

In the present article the author gives consideration to the issues of extraterritoriality of performance of norms of administrative responsibility for breach of anti-monopoly legislation.

he materials of the collection combine researches in the field of journalism, public relations, legal regulation and philosophy of knowledge. The materials are for a wide audience.