by year
Subject
News
The Shorter the Delay, the More Effective the Neurofeedback
HSE University scientists have for the first time in the world investigated the impact of delayed reinforcement signals in neurofeedback (NFB) training. They have experimentally proven that reducing the delay in feedback (decreasing feedback latency) can significantly increase the efficacy of training.
First International Recipient of DSc Degree in Mathematics From HSE University
Edmond W.H. Lee, a full professor at the Department of Mathematics, Nova Southeastern University, USA, has recently defended his Doctor of Sciences (DSc) thesis at the Dissertation Council in Mathematics, HSE University. The DSc in Russia is a higher doctoral degree that can be earned after the PhD. Professor Lee’s defence was held over Zoom, with the candidate and his dissertation committee members participating remotely from 5 cities in Brazil, Israel, Russia, and the USA. Lee became the first international recipient of a DSc degree in Mathematics from HSE University.
Yaroslav Kuzminov: As Digital Reality Develops, We Face More and More Infringements upon Freedom
Today, we need a coordinated agenda in order to understand how to develop a comfortable and safe technological environment and make the consequences of rapid technological development forecastable and manageable. This is what HSE Rector Yaroslav Kuzminov said at the National Academic Online Conference ‘Ethical and Legal Issues of Digital Transformation: From Conflict to Harmony?’
Publications

A GUIDE TO THE FUNDAMENTAL THEORY AND PRACTICE OF OPTICAL COMMUNICATION

Fiber Optic and Atmospheric Optical Communication offers a much needed guide to characterizing and overcoming the drawbacks associated with optical communication links that suffer from various types of fading when optical signals with information traverse these wireless (atmospheric) or wired (fiber optic) channels.

The authors--noted experts on the topic--present material that aids in predicting the capacity, data rate, spectral efficiency, and bit-error-rate associated with a channel that experiences fading. They review modulation techniques and methods of coding and decoding that are useful when implementing communications systems. The book also discusses how to model the channels, including treating distortion due to the various fading phenomena. Light waves and their similarity to radio waves are explored, and the way light propagates through the atmosphere, through materials, and through the boundary between two materials is explained. This important book:

Characterizes principal optical sources and detectors, including descriptions of their advantages and disadvantages, to show how to design systems from start to finish Provides a new method of predicting and dealing with the dispersive properties of fiber optic cables and other optical guiding structures in order to increase data stream capacity Highlights effects of material and multimode (multi-ray) dispersion during propagation of optical signals with data through fiber optic channels Presents modulation techniques and methods of coding and decoding that are useful when implementing communications systems Written for professionals dealing with optical and electro-optical communications, Fiber Optic and Atmospheric Optical Communication explores the theory and practice of optical communication both when the optical signal is propagating through the atmosphere and when it is propagating through an optical fiber. 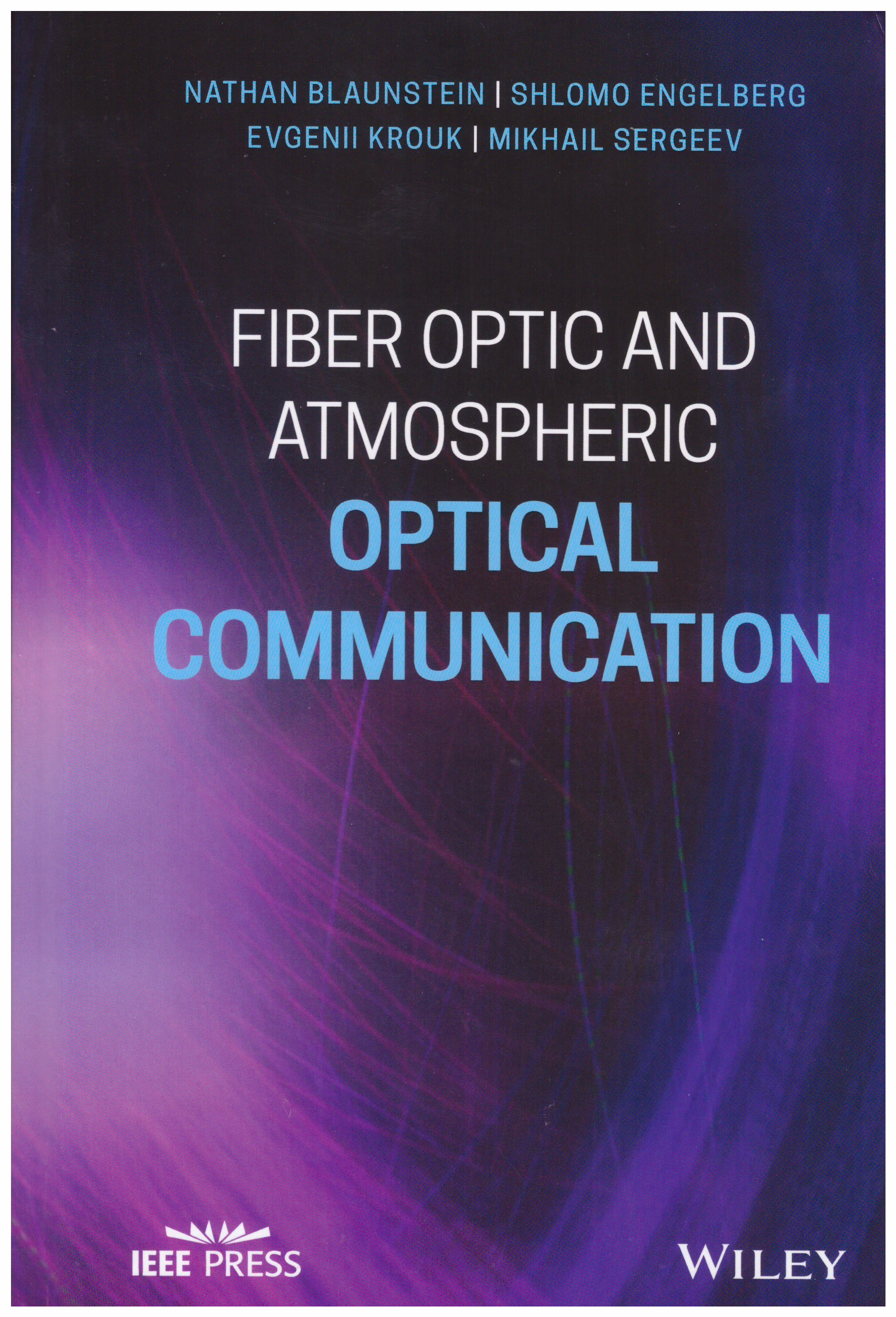 Similar publications
Compensation for extreme outages caused by polarization mode dispersion and amplifier noise
Kolokolov I., Lebedev V., Chertkov M. et al. Optics Express. 2003. Vol. 11. No. 14. P. 1607-1612.
Fluctuations of Bit-Error-Rate (BER) stimulated by birefringent disorder in an optical fiber system are found to be strong. The effect may not be analyzed in terms of the average BER but rather requires analyzing the Probability Distribution Function (PDF) of BER. We report the emergence of the extremely extended algebraic-like tail of the PDF, corresponding to anomalously large values of BER. We analyze the dependence of the PDF tail, and thus the outage probability, on the first-order PMD compensation scheme. Effectiveness of compensation is illustrated quantitatively using a simple, however, practical example.
Виды и причины отказов РЭС: Учебное пособие
Андреев А. И., Жаднов В. В., Кофанов Ю. Н. М.: Московский государственный институт электроники и математики, 1995.
Generalized error-locating codes and minimization of redundancy for specified input and output error probabilities
Zhilin I., Kreshchuk A., Zyablov V. V. Journal of Communications Technology and Electronics. 2015. Vol. 60. No. 6. P. 695-706.