Implementation of the human rights and freedoms on the Internet

In this monograph, readers will understand the regulatory framework of the Internet, be able to find legal problems in the implementation of constitutional rights and freedoms on the Internet, and learn how to use online sources to justify its position on the issue under consideration. 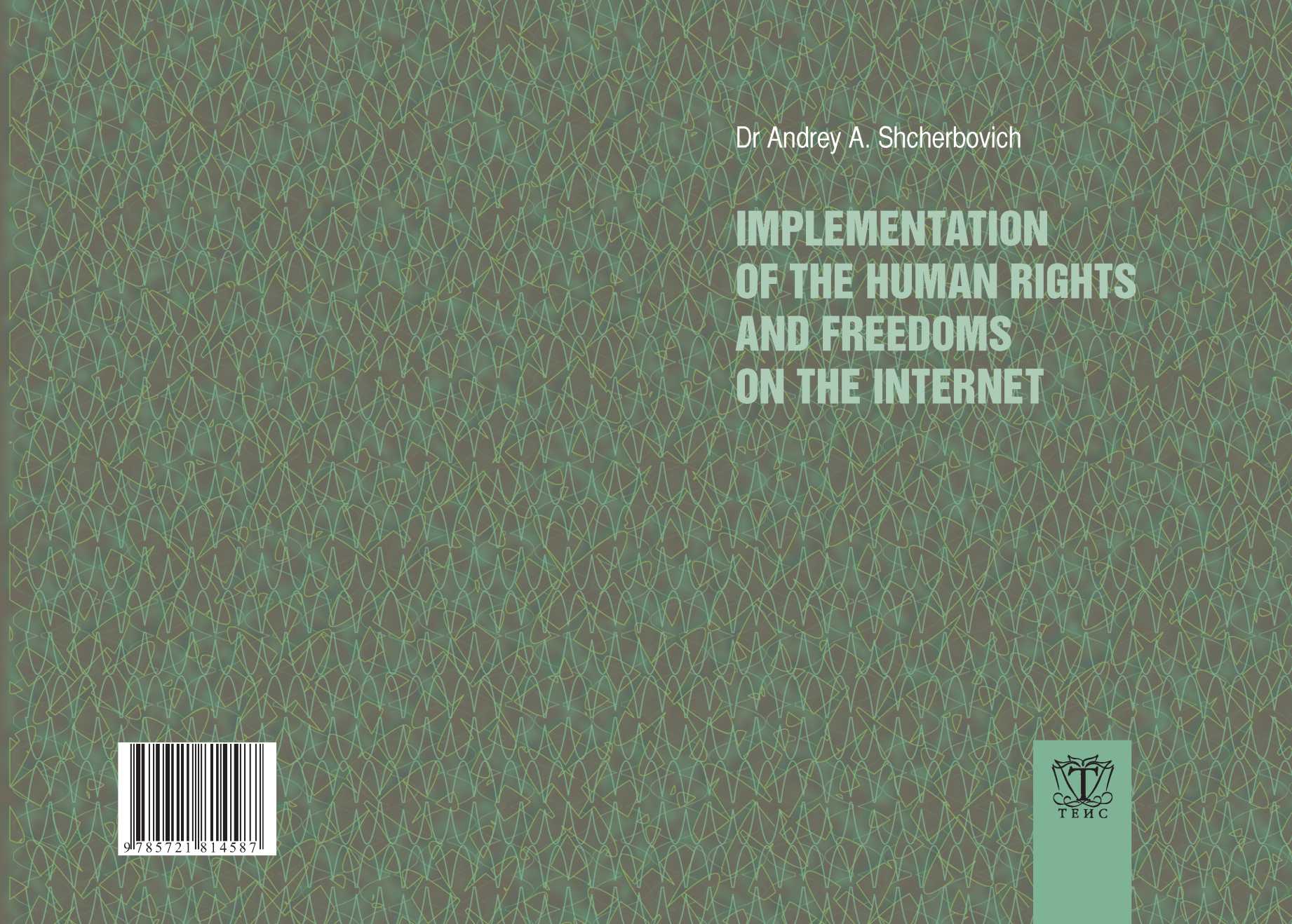 Similar publications
The Legitimacy of the Bolshevik Order, 1917-1918: Language Usage in Revolutionary Russian Law
Borisova T. Y. Law. LAW. Высшая школа экономики, 2012. No. 05.
The article describes and analyzes the legislative politics of revolutionary regimes in Russia in 1917-1918. The author aims to demonstrate the political meaning of the form of early Soviet legislation and its legitimizing effect. The revolutionary legislators often used specific language in the new laws as a vehicle of legitimacy, i.e. to make the people comply. The two main types of legal language used by the Bolsheviks can be interpreted from the perspective of different types of legitimacy. The revolutionary strategy used propagandistic legislation, written in the language of lay people, which urged them to act according to the new law. It can be seen as a request for acts of the people to legitimize the soviets. On the contrary, the traditional strategy employed old bureaucratic means of writing and distributing legislation to the local soviets. The language used by this strategy was closed to the understanding of a lay audience and implied traditions of obeying the law written in familiar legal language, which in turn implied rational/legal legitimacy. The second strategy had already become dominant after the first months of the Bolshevik revolution. This observation demonstrates that from the very beginning of their rule, Soviet leaders approached legislative policy from a technocratic point of view, which determined the further development of Soviet legal theory and practice.
Управление Интернетом: Системные диcпропорции и пути их разрешения.
Васильковский С. А., Игнатов А. А. Вестник международных организаций: образование, наука, новая экономика. 2020. Т. 15. № 4. С. 7-29.

The spread of digital technologies has led to the global digitalization of all types of public activities. The digital economy emerging during this process has become a leading factor in world economic growth and one of the criteria of national development. The digital economy is based on the Internet, which ensures the functioning of new business models, forms of social interaction and public diplomacy. The Internet governance system differs from other modern international systems of public and political relations in that the leading role in it is played by non-governmental organizations, in particular, the Internet Corporation for Assigned Names and Numbers (ICANN) and the Internet Society (ISOC). The activities of states are significantly limited by the basic properties of the system, which complicates the implementation of the state’s digital sovereignty. The aim of this article is to determine ways to resolve this discrepancy.Analyzing the current state of Internet governance, the authors outline the key characteristics that lead to potential conflict. These include decentralization, an insufficient evaluative level of accountability and lack of legitimacy. The authors analyze ICANN and ISOC toolkits and identify the key instruments that actually make organizations central to the Internet governance system. In conclusion, the authors provide recommendations for action by the international community to mitigate the identified imbalances.

How Democracy Could Cause Economic Growth: The Last 200 Years
Yanovskiy K. M., Shestakov D., Leonard C. S. Social Science Research Network. Social Science Research Network. SSRN, 2014. No. P16, P50, N40, O40.
In this paper we explore current understandings of the influence of political rights, among historical legacies, on economic development. We construct variables for selected political regimes for 1811-2010. We find significant association between individual rights and economic growth. We argue that current understanding of political regimes supportive of growth (Acemoglu, etc), should parse the concept of property rights to include the protection of the individual in their focus on private property rights protection, alone, respected in various forms of government, are insufficient; what matters is the security of individuals from arbitrary arrest, regardless of type of regime. Discretionary rights of rulers or democratic governments to arrest citizens undermines the protection of private property rights and other attributes classically given to democratic foundations of economic growth, for example, free press, freedom of the exercise of religious belief. We suggest, as a research agenda, that the power of the politically competitive system therefore comes from weakening discretionary authority over law enforcement.
Re-thinking Socio-Economic Rights in an Insecure World
Edited by: N. Udombana, V. Beširević. Budapest: Central European University Pre, 2006.

The article contains analysis of the practice of the Russian Constitutional Court on protection of socio-economic rights.

This compendium comprises transcripts of the two workshops on 'Empowering displaced people and migrants through online services' and 'Free Software and Human Rights on the Internet' organized by the Higher School of Economics on the 8th Internet Governance Forum (Bali, Indonesia, 22–25 October, 2013) and relevant articles on legal and technological issues of Internet Governance in sphere of human rights, prepared by the group of legal and technical scholars of information studies. This compendium is devoted to the 9th Meeting of the Internet Governance Forum held in Istanbul, Turkey, 2–5 September  2014.

The arrest of the protest punk band Pussy Riot (PR) in February 2012 and the subsequent prosecution of three band members pose a significant puzzle for political science.  While PR’s performances presented a coherent alternative to the Putin regime’s image of Russian reality, it was unlikely that the discordant music and crude lyrics of their art protest would inspire Russian society to take to the streets.  Yet, the regime mounted a very visible prosecution against the three young women.  We argue that the trial marked a shift in the Kremlin’s strategy to shape state-society relations.  In the face of declining economic conditions and social unrest, the Pussy Riot trial encapsulated the Kremlin’s renewed focus on three related mechanisms to ensure social support: coercion, alliance building, and symbolic politics.  The Pussy Riot trial afforded the Kremlin an important opportunity to simultaneously redefine its loyal constituency, secure the Church-state relationship, and stigmatize the opposition.

The article explores the concept of information security in the information space, the reasons for possible violations of individual rights, society and the state in this area. Main attention is paid to violations of the rights of the individual, society and the rights of the state. Such offenses are partly related, for example, to the fact that the development of hardware and software technologies are not taken into account the principles of openness and transparency.