This book consists of previously unpublished manuscripts by Vygotsky found in the first systematic study of Vygotsky’s family archive. The notebooks and scientific diaries gathered in this volume represent all periods of Vygotsky’s scientific life, beginning with the earliest manuscript, entitled The tragicomedy of strivings (1912), and ending with his last note, entitled Pro domo sua (1934), written shortly before his death. The notes reveal unknown aspects of the eminent psychologist’s personality, show his aspirations and interests, and allow us to gain insights into the development of his thinking and its internal dynamics. Several texts reflect the plans that Vygotsky was unable to realize during his lifetime, such as the creation of a theory of emotions and a theory of consciousness, others reveal Vygotsky’s involvement in activities that were previously unknown, and still others provide outlines of papers and lectures. The notes are presented in chronological order, preceded by brief introductions and accompanied by an extensive set of notes. The result is a book that allows us to obtain a much deeper understanding of Vygotsky’s innovative ideas. 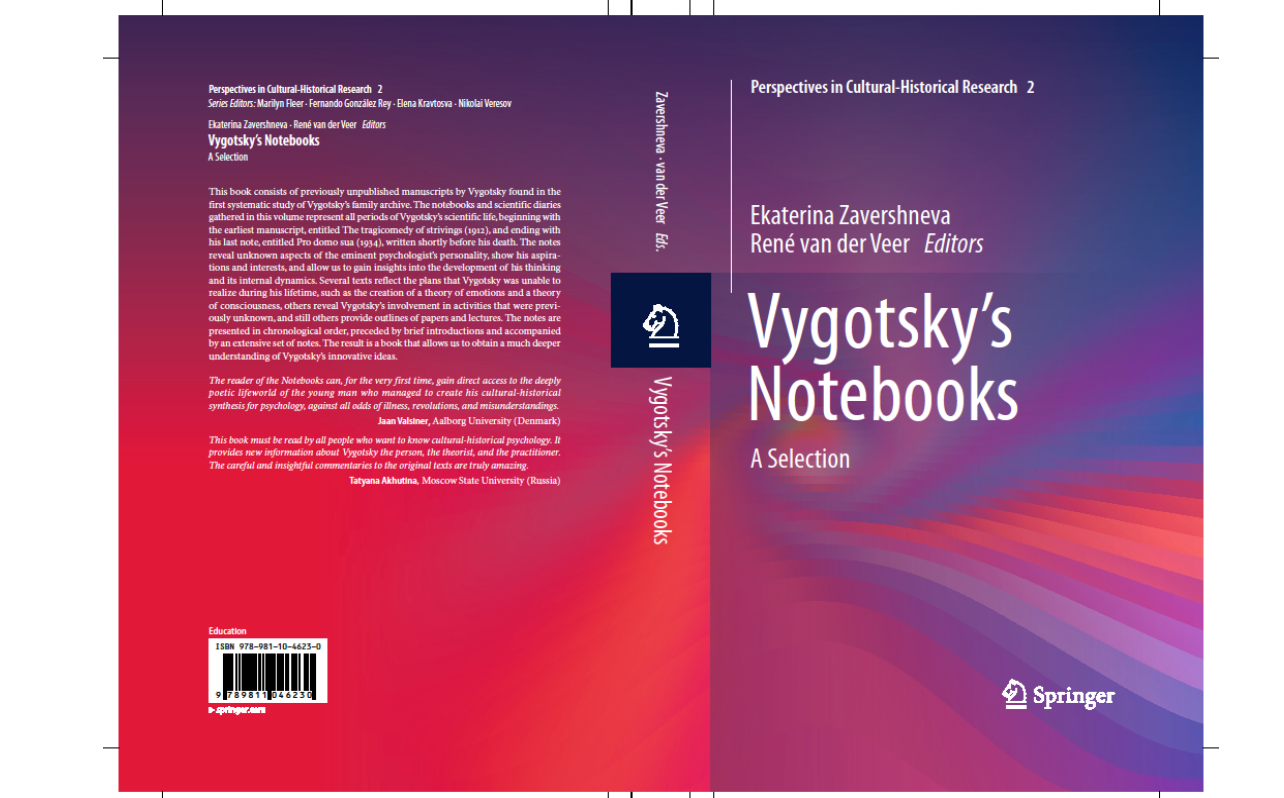