This is the second of two volumes dedicated to the centennial of the distinguished mathematician
Selim Grigorievich Krein.
Krein was a major contributor to functional analysis, operator theory, partial differential
equations, fluid dynamics, and other areas, and the author of several influential monographs
in these areas. He was a prolific teacher, graduating 83 Ph.D. students. Krein also created
and ran, for many years, the annual Voronezh Winter Mathematical Schools, which significantly
influenced mathematical life in the former Soviet Union.
The articles contained in this volume are written by prominent mathematicians, former
students and colleagues of Selim Krein, as well as lecturers and participants of Voronezh
Winter Schools. They are devoted to a variety of contemporary problems in ordinary and
partial differential equations, fluid dynamics, and various applications.

We show that the complex solution for the classical equations has direct physical meaning, if one uses quasi-classical approach. This combination of the quantum and classical logic, when applied to the Newton system, provides a real, “visible to a naked eye” quantization of the vortex momenta. 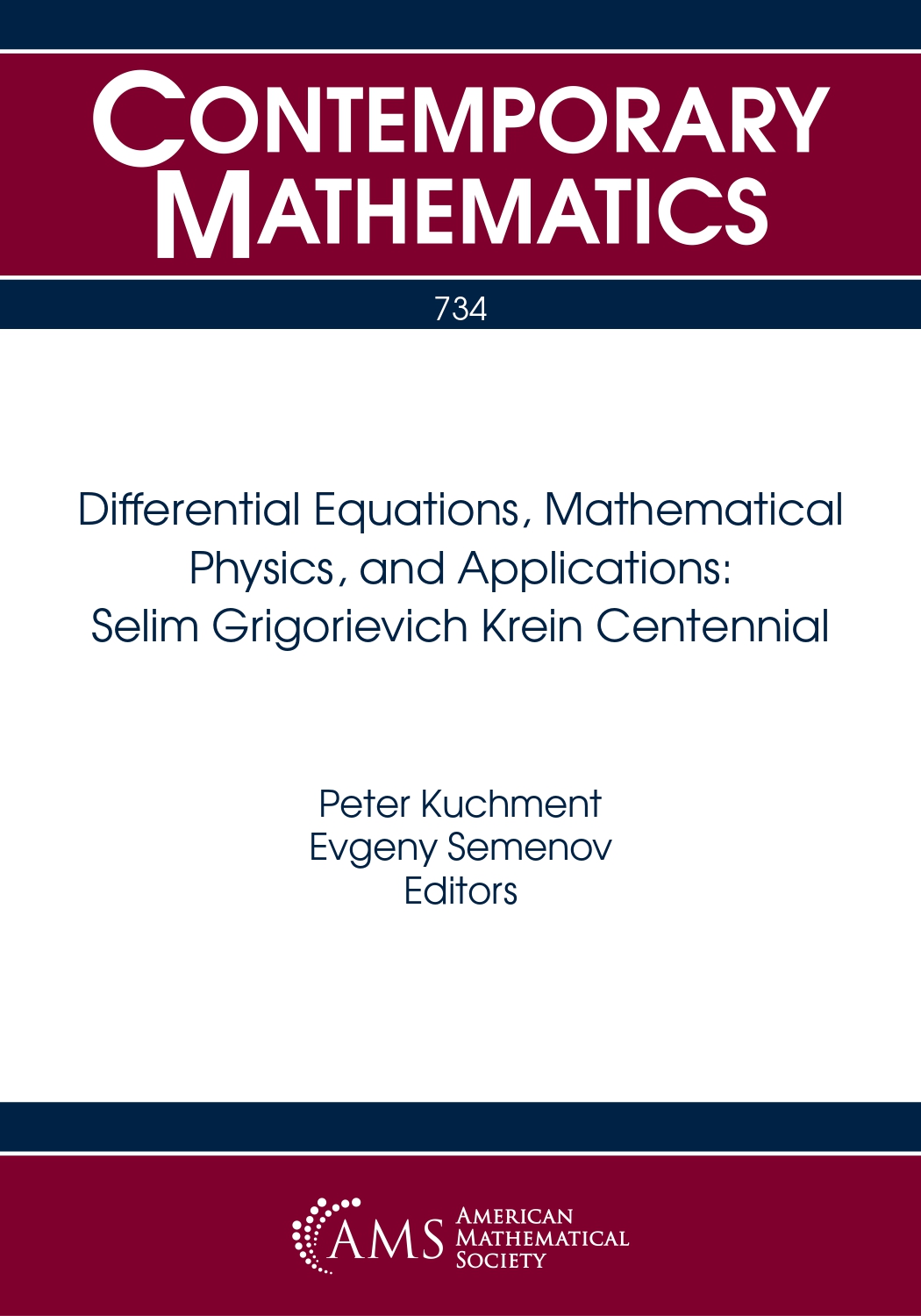 Let $A$ be an abelian surface over a finite field $k$. The $k$-isogeny class of $A$ is uniquely determined by a Weil polynomial $f_A$ of degree 4. We give a classification of the groups of $k$-rational points on varieties from this class in terms of $f_A$.

Toric geometry exhibited a profound relation between algebra and topology on one side and combinatorics and convex geometry on the other side. In the last decades, the interplay between algebraic and convex geometry has been explored and used successfully in a much more general setting: first, for varieties with an algebraic group action (such as spherical varieties) and recently for all algebraic varieties (construction of Newton-Okounkov bodies). The main goal of the conference is to survey recent developments in these directions. Main topics of the conference are: Theory of Newton polytopes and Newton-Okounkov bodies; Toric geometry, geometry of spherical varieties, Schubert calculus, geometry of moduli spaces; Tropical geometry and convex geometry; Real algebraic geometry and fewnomial theory; Polynomial vector fields and the Hilbert 16th problem.

We solve a technical problem related to adeles on an algebraic surface. Given a finite set of natural numbers up to two, one associates an adelic group. We show that this operation commutes with taking intersections if the surface is defined over an uncountable field and we provide a counterexample otherwise.

Featuring a blend of original research papers and comprehensive surveys from an international team of leading researchers in the thriving fields of foliation theory, holomorphic foliations, and birational geometry, this book presents the proceedings of the conference "Foliation Theory in Algebraic Geometry," hosted by the Simons Foundation in New York City in September 2013.

This volume comprises the proceedings of the Conference on Operator Theory and its Applications held in Gothenburg, Sweden, April 26-29, 2011. The conference was held in honour of Professor Victor Shulman on the occasion of his 65th birthday. The papers included in the volume cover a large variety of topics, among them the theory of operator ideals, linear preservers, C*-algebras, invariant subspaces, non-commutative harmonic analysis, and quantum groups, and reflect recent developments in these areas. The book consists of both original research papers and high quality survey articles, all of which were carefully refereed.

Given a smooth projective algebraic surface X, a point O in X and a big divisor D on X, we consider the set of all Newton-Okounkov bodies of D with respect to valuations of the field of rational functions of X centred at O, or, equivalently, with respect to a flag (E,p) which is infinitely near to O, in the sense that there is a sequence of blowups mapping the smooth, irreducible rational curve E to O. The main objective of this paper is to start a systematic study of the variation of these infinitesimal Newton-Okounkov bodies as (E, p) varies, focusing on the case X = P2.