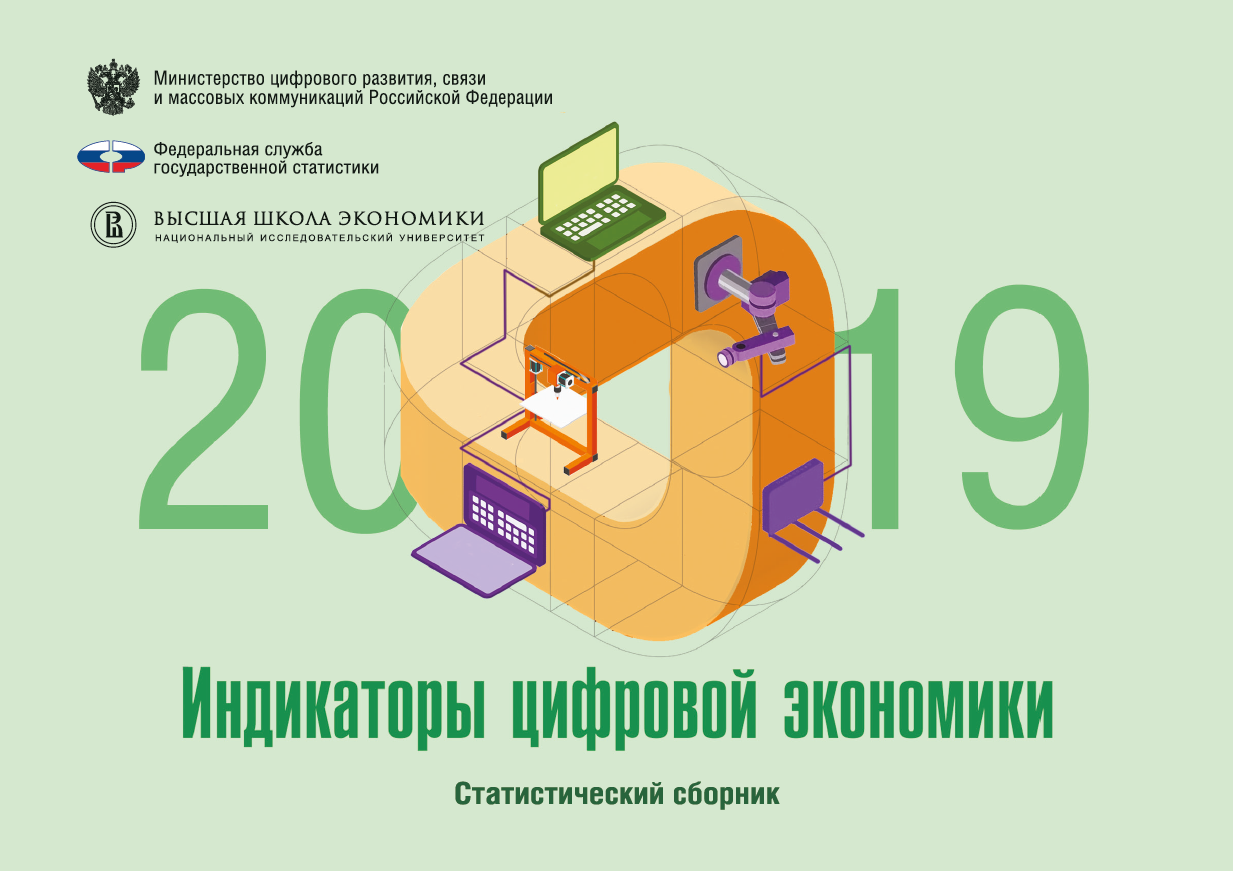 The paper examines the benefits associated with digital technologies in Russian manufacturing enterprises, which act as drivers for management decisions on the implementation of digital technologies. The empirical basis of the study is the results of business tendency monitoring of enterprises for 2019. As the results show, among the expected benefits, the most important are the optimization of production and logistics operations, improving the level of customer service and expanding the customer base.

Abstract: the article is devoted to the study of modern trends and prospects of innovative development of r egions in conditions of digitalization. The problem is revealed by the author through the prism of epidemiological conditions in which not only Russia, but also the vast majority of countries of the world, found themselves. Factors that restrained the digital innovative development of the regions of our country are considered, and with the introduction of the emergency preparedness regime, according to experts, appeared quickly and acutely. For the most part, this concerns a weak degree of integration into digital infrastructure regions. This does not allow the effective implementation of measures formulated in the complex of national projects, primarily the Digital Economy Project, initiated by the President of the Russian Federation in 2018 to implement the strategy of innovative development of the state and regions. The article addresses two points – the first concerns the availability of state (municipal) se rvices (Portal "State Services"), the second – the availability of education in the conditions of its forced transfer to a remote format. The above arguments show that the initially correctly chosen vector of innovation of the state and regions by representatives of the public authorities, in connection with the need for a targeted direction of its development, has become not so much a stumbling block for society as a constructive, albeit with a negative connotation, modus of further actions by the Government of the Russian Federation. It is suggested that the barriers to innovative development in the context of digitalization, manifested in the pandemic, will correct the guidelines, and therefore the policies of the state and regions in the field of their further digitalization. At the same time, the role, functionality and tools of the corporate sector as a direct and important state partner should be elevated to the priority.

Институт минимальной заработной платы в странах ОЭСР
Вишневская Н. Т. Проблемы рынка труда. WP3. Высшая школа экономики, 2005. № 03.
The paper examines the institute of minimum wage in developed and transition economies and in a number of the developing countries. First of all the institutional mechanism of minimum wage fixing is considered. One of the sections explores the dynamics of absolute and relative levels of minimum wage. The special attention is paid to the impact of the institute of minimum wage on the labour market. The author considers the mechanism of transmission of the minimum wage increases on the employment and unemployment dynamics. The paper also contains the result of the empirical research. The experience of many countries witnesses that large increases in minimum wage levels lead to the stagnation of the employ-ment, especially of the disadvantaged groups. The negative effect is larger for the companies with higher share of labour costs and more active use of unqualified labour, that is small businesses and agricultural enterprises. One of the main conclusions is that the minimum wage is not an effective tool of the poverty reduction as the majority of the recipients live in households of average and upper average income.
Численность и состав российской бюрократии: между советской номенклатурой и госслужбой гражданского общества
Гимпельсон В. Е. Проблемы рынка труда. WP3. Высшая школа экономики, 2002. № 05.