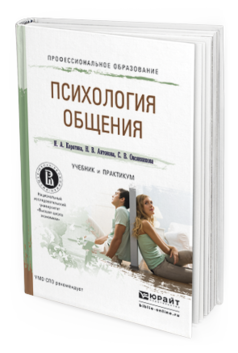 Язык как система ориентиров в социальном пространстве
Никитина Е. Б. В кн.: Информационно-коммуникационное пространство и человек (Материалы II международной научно-практической конференции 15-16 апреля 2012 г.). Пенза; М.; Витебск: Научно-издательский центр "Социосфера", 2012. С. 32-36.
The following article is an account of the author’s opinion of the role of language within the framework of society. The paramount idea is that language should not be viewed simply as a means of communication. The author suggests a more profound understanding of language as a medium between society and the culture against the background of which it manifests itself. The aforementioned conception of language provides the author with the opportunity to assert that language constitutes a system of guidelines without which society would lose its identity.
Effective Language Policy within Global Communication
Batova N. A. In bk.: Proceedings 2010 IEEE 17th International Conference on Industrial Engineering and Engineering Management (IE&EM2010). Beijing: IEEE, 2010. P. 415-418.

Descartes and an Indifferent Deceiver
Rogonyan G. Философия и исследования культуры. WP20. Высшая школа экономики, 2014. No. WP20/2014/02.
The aim of this paper is to show how and why the method of radical interpretation, proposed by Donald Davidson, can solve the problems that are formulated in a variety of skeptical scenarios. In particular, the method of radical interpretation deprives Cartesian scenario (both in its traditional and recent versions) all its force and even the status of philosophical problem. Appealing to the difference between intendede and unintended lies one can see how the global skeptical scenario gets solved in both cases. The paper also formulates an argument in favor of expanded version of naturalized epistemology that was offered by W. V. O. Quine - first of all, due to the introduction of social factors. In particualr, there are always at least two necessary limitations imposed by the communication on our hypothesis about knowledge and delusion. In addition, the paper explains the need for a moderate externalism (both perceptual and social) to the variants of Descartes and Hume's skeptical scenario.
Современные стратегии воспитания глазами психотерапевта
Будинайте Г. Л. Отечественные записки. 2004. № 3. С. 76-90.
Towards a Formal Theory of a Distractor in Attentional Tasks
Utochkin I. S. Psychology. PSY. Высшая школа экономики, 2012. No. 2.