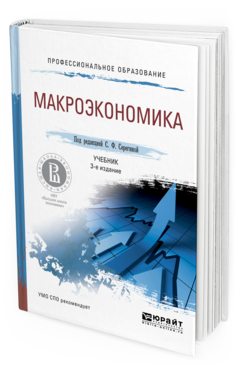 Similar publications
Как различать причину и следствие? (Нобелевская премия по экономике 2011 года)
Замулин О. А., Стырин К. А. Вопросы экономики. 2012. № 1. С. 4-20.
Where Does the Demand for Regulation Come From? The State’s Return to the Retail Trade in Russia
Radaev V. V. Sociology. SOC. Высшая школа экономики, 2011. No. 02.
From the beginning of economic reform in 1992, the retail trade sector was one of the most liberalized market segments in the Russian economy. However, the state was suddenly brought back in during the late 2000s. A restrictive Federal trade law passed after continuous and furious debates in December 2009. It created a new precedent of administrative regulation imposed on a highly competitive industry. Where did the demand for state regulation come from? What interest groups stood behind this new helping hand policy? Which arguments in a course of political and expert debate were used to justify the state intervention? Who has benefited from the new formal institutional arrangements? The author addresses these issues by revealing the para-political practices of formal institutional building in the trade sector, which has been largely neglected by scholarly research. This paper uses data collected from two series of in-depth interviews with key market actors and political experts in 2008-2009 together with records from the expert meetings arranged by several Federal Ministries in which the author took part. Survey data of 512 retailers and suppliers collected in five Russian urban areas in 2010 are also employed to reveal interest groups that have benefited from the new regulatory policy. In conclusion, this paper argues that public officials used a liberal rhetoric of the competition protection to develop new instruments of political and administrative control over large and medium-sized businesses, and finds that the actual results of state intervention deviate remarkably from the declared goals.
“There is no Middle Class in this Oblast. There are Rich and Poor.”: Economic and Social Policy Trade-Offs in the Russian Regions
Remington T. F., Soboleva I. V., Sobolev A. S. et al. NCEEER Working Paper. National Council for Eurasian and East European Research, 2011. No. 825-06.