Science and Diplomacy: A New Dimension of International Relations

Written by a professor of economics and former Embassy counselor for science and technology, the book sets out to answer the following questions: Can science issues affect diplomatic relations between countries? Is international scientific cooperation a factor for peace? Are researchers good ambassadors for their countries? Is scientific influence a particular form of cultural influence on the world stage? Do diplomats really listen to what experts say when negotiating on the future of the planet? Is the independence of the scientist threatened by science diplomacy? What is a scientific attaché for? 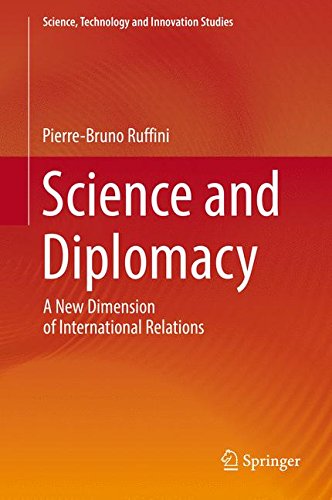