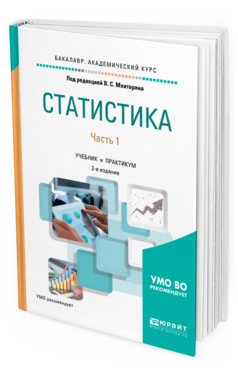 More than twenty five years passed from the beginning of the Islamic growth in Dagestan. It is the time to evaluate this phenomenon. As specialist in history and social anthropology of Muslim societies I am going to do it on the basis of archival and field research materials gathered in the republic from the autumn 1992 till the summer of 2016. I happened to witness the very beginning of the Islamic growth as well as fall of enthusiasm related to Islam. This paper aims to clarify the nature and results of the Islamic growth. What was the reason of the so-called Islamic revival? How does it correlate to the imperial Soviet past in Russian Caucasus? What did the Islamic growth result in? What was eventually revived if any? And last but not least — how was the return of Islam to public sphere related to the growth of conflicts and social instability in the region? The fall of the one-party Soviet system was accompanied with the appearance of numerous Islamic parties and movements. All of them appealed to the restoration of religious freedom for Muslims, the return from the official state atheism to Islam, consolidation of Russia’s Muslims on the basis of Shari‘a and to the revival of high pre-Soviet Islamic culture in perspective. Post-Soviet Islamic parties appeared to be strikingly short-lived: all of them disappeared already in the 1990s. Hopes on Islam as the means of political liberation and national self-determination of Soviet Muslims in Dagestan proved to be wrong. Politics seems not to be a stable factor of the Islamic growth. Religious statistics defines it better. One should note unprecedented growth of religious Islamic institutions in Dagestan. However the quantity does not mean quality. Islamic cultural revival did not yet happen in the republic. It seems that the Soviet past still affects Dagestani Muslims stronger that it seems at first sight. Following Soviet reforms and forced secularization pre-revolutionary Muslim society exists no more. The general course of the Islamic growth was much affected by transformation of post-Soviet Russian polity in the region, economic devastation, growing unemployment and aftermath of two bloody Russian-Chechen wars. In addition, the so-called Wahhabi religious opposition appeared to be a serious challenge to the post-Soviet Russian rule in the Caucasus. Nowadays it disappears but other radical Muslim movements such as Hizb al-Takhrir were introduced in the region.

The theoretical contribution to the economics and statistics of these eminent scientists (academician Yu.V. Yaremenko, prof. B.S. Yastremsky, M.A. Bouniatian) and their intellectual biographies (with unknown features) are resurrected and described.

Immigration regulation, including labor immigration, is the priority direction of modern migration policy of the Russian Federation. Reliable data, making it possible to carry out the analysis and receive full information on the behavior of immigrants in labor market, is necessary for making managerial decisions on immigration. At that, the quantitative data, available for measurement and analysis of labor immigration, significantly differ by their characteristics. The purpose of the paper is to compare the Russian and international databases (Federal State Statistics Service, Russian monitoring of economic situation and health of the population and European social research), containing statistical information on immigrants in the Russian Federation, to define their distinctive characteristics, to reveal advantages and shortcoming for carrying out different types of analysis. The results of the research offer the possibility to gain a complex impression about spheres of application of databases on immigration and can be used for further deeper studying of processes of immigration in the Russian labor market and development of decisions on their regulation