The concept of “dialogue of cultures” is considered from two perspectives: as a latent dialogue “Western” and “Soviet” historiographical cultures in the twentieth century, and also in connection with the problem of correct dialogue of cultures in the face of increasing glocalisation and re-narration and confrontation of historical narratives in the transition from postmodern to postpostmodern in the absence of both of methodology and tools to resolve arising conflicts between them. Examines the structuralist essence of the source studies as a scientific discipline in correlation with the structural concept of history, pending registration in the second half of the XX century under the new historical science. It is shown that the source studies get their disciplinary status in connection with the development of the specific structure of the system of historical sources, presenting culture as an special object of their research. Schematically traced the opposition of the structural and narrative history of the end of XIX-early XXI century On the base of structuralist conception of the source studies revealed the epistemological potential of comparative source studies as a method of comparative-historical research applicable to socio-cultural communities of all scale, from local to global. 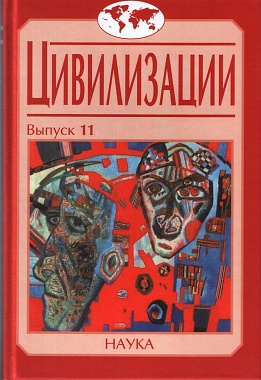 Similar publications
Russian Firms: Business Environment, Internal Organization and Behavior // In «Russia e Europa dell’Est: Progetti e prospettive di crescite»
Dolgopyatova T. G. Serie di Studi Scentifici. University of Verona: Polo Scientifico Diddattico «Studi sull’ impresa» and Center for International Studies, 2012. No. 1.
The paper studies recent development in organization and behavior of Russian firms against the background of economic growth, the world crisis and post-crisis recovery. The main focus of the paper is a problem of investment, including foreign direct investment as a key determinant of Russian enterprises restructuring and modernization. In the context special attention was paid to description of external economic and institutional conditions for development of Russian firms, and their internal characteristics as stock ownership, corporate governance and behavior. The paper concludes with discussions of post-crisis prospects and economic policy matters.
The Role of Innovation and Globalization Strategies in Post-Crisis Recovery
Golikova V., Kuznetsov B. Basic research program. WP BRP. National Research University Higher School of Economics, 2016. No. 123/EC/2016.
The aim of the research is to conduct an empirical investigation and reveal what types of globalization and innovation strategies in turbulent and unfavorable regional institutional environment are most likely to be associated with different trajectories of Russian manufacturing firms’ performance in 2007-2012. We employ the results of empirical survey of 1000 medium and large enterprises in manufacturing (2009) linked to financial data from Amadeus database and the data on the regional institutional environment. We test that (1) introduction of innovations before the crisis ceteris paribus helped the firms to successfully pass the crisis and recover. We expect that (2) companies that became globalized before the crisis (via importing of intermediate and capital goods; exporting; FDI; establishment of partner linkages with foreign firms) ceteris paribus are more likely to successfully pass the crisis and grow. And (3) propose the positive effect of synergy of innovation efforts and globalization strategy of the firm. We expect that the abovementioned factors are complimentary and reinforce the ability of the firm to recover after crisis shock. We found strong support for the hypothesis that firms financing introduction of new products before the crisis and simultaneously managed to promote and sell them on the global market were rewarded by quick return to the growing path after global crisis. Other strategies, i.e. solely innovations without exporting play insignificant role while exporting without attempts to introduce new products contribute even negatively to post-crisis recover. Institutional environment also matters: in the regions with less level of corruption firms were more likely to grow after the crisis.
Educational tourism as technology of university education: experience of one project in Russia and the USA (philosophic notes)
Shalaeva A. In bk.: World universities congress proceedings. Ankara: Pozitif Printing, 2010. P. 296-299.