The book consists of two parts. The main part, ‘The Nature of a Masterpiece,’ addresses the historical and biographical circumstances that made possible the emergence of such an outstanding poem as the Iliad. In respect to the so-called Homeric question, the contribution of the analytical school is appreciated, but the idea of several layers behind the text of the Iliad as we have it is regularly used to discern the phases of Homer’s own interventions. Elaborating the approach adopted by George Goold (‘The Nature of Homeric Composition’ in Illinois Classical Studies 1977. Vol. 2: 1–34) and Martin West (The Making of the Iliad. Oxford, 2011), I assume that the author of the Iliad worked on it for a significant period of his life both expanding and modifying his poem. He took advantage of the emerging new genre, that is, of a large poem fixed in writing, which both invited an ambitious plan and saved the compositions from subsequent major distortions. The Iliad was hardly the earliest Greek poem put in writing nor was it Homer’s first poem. His work benefited from competition with his colleagues, most significantly with Arctinus of Miletus, whose Memnonid helped him to conceive the plot of the Iliad. An early stage of Homer’s career was connected with Argos where he was encouraged to glorify this city in his poetry. In such a spirit, he composed the Thebaid, and one of the motifs behind the initial Iliad was celebrating the Argive hero Diomedes who came to the foreground while Achilles refused to fight. The basic element of the plot (the best of the Achaeans withdraws for a time from fighting) easily permitted expansions of the composition completed at various preliminary stages.

The earlier versions of the Iliad were well received, and so the reputation and self-confidence of the poet were growing. However, a dramatic change happened in Homer’s life: he lost his power to see. Homeric poetry rules out the idea that he was blind from birth. The basic trustworthiness of the tradition that he became blind at a later stage in his life is confirmed by the mention of the blind man of Chios whose songs are the best in the Hymn to Delian Apollo. If the author of the hymn is Homer, than we have an autobiographical remark. If the hymn is a 6th c. forgery, the reference to the blind man of Chios still appears as the way, and the only way, to make one think that the author of the hymn is Homer, which implies how widely spread the notion of the blind author of the Iliad and the Odyssey was already in the 6th c.

While the relatively young author of preliminary versions of the Iliad either belonged to the aristocracy or somehow else enjoyed relatively high social status (following Joachim Latacz), the new situation of a blind man meant for Homer increasing dependence on other people and declining social status. Approaching old age added to the effect. In terms of social status, Homer got an experience of living two different lives. This is why the Weltanschauung of the Odyssey differs in several ways from that of the Iliad. However, later stages of the Iliad display essential similarities with the spirit of the Odyssey. One may even say that it was the author of the Odyssey (still Homer himself) who turned a preliminary, already remarkable Iliad into that unique poem as we have it. When Homer started the Odyssey (probably not without stimulus from the Return of the Atreidai by Agias of Troezen), the Iliad had yet neither the Farewell between Hector and Andromache nor the Embassy nor the Ransom of Hector nor (which is of lesser importance) the episodes with Odysseus in the foreground. While empathy is manifest throughout the Iliad, and this probably reflects an essential feature of Homer as a human being, his new experience, his situation of a weak person who in daily life depends on the generosity of the others, made Homer even more receptive to human suffering. While epic poets traditionally sung magnificent exploits, the Iliad became a poem about and full of both heroic deeds and human compassion.

The personal evolution of the poet was congruent with historical change. The contemporaries of Homer, while still admiring the mighty ‘sackers of cities’ of the legendary past, cared much more about defending their own cities rather than robbing those of the other people. It is characteristic that the Iliad is constructed in such a way that we see the Achaeans defending their own wall rather than storming the wall of the city they came to destroy. The historical change in question made socially acceptable the poem that ends with solemn funeral of Hector, the main enemy who happened to be also the main defender of his city. Since Hector in the course of reworking the Iliad was becoming a truly attractive character, there emerged a problem of how to present Achilles, the best of the Achaeans, who was destined to kill such Hector. This led to elaborating Achilles into a uniquely (for all ancient literature) deep and complex character.

I date Homeric poems to approximately the first third of the seventh century BC (see also my “Democritus’ Trojan Era and the Foundations of Early Greek Chronology” in Hyperboreus. 2000. Vol. 6, 1: 31–78). Such dating invites us to consider the Iliad and the Odyssey as a manifestation of a recurrent historical phenomenon, that of a cultural florescence (see: H. Graeve, Gesellschaft und Kreativität: Entstehung, Aufbau und Gestalt von Kulturblüten. München; Wien, 1977; D. Panchenko, “The Cultural Florescence of Fifth-Century Athens in Comparative Perspective,” in Il quinto secolo. Studi di filosofia antica in onore di Livio Rossetti, a cura di S. Giombini e F. Marcacci. 2010. 215–227).

With his extraordinary ability for empathy, with his increasing pursuit of the moral improvement of his audience, with his coming back over many years to his work on the poem that eventually reflected the experience of both the audacious youth of a high status person and of a blind old man who is essentially interested in the appropriate behavior of the people around him, Homer was better prepared than other contemporary poets to produce a masterpiece that causes a deep emotional and intellectual response, a masterpiece for all times.

The second part, ‘On the Genealogy of Epic Motifs’ traces earlier life of various Homeric motifs and statements. It is argued there that the epic tradition reflected in Homer is significantly heterogenic, and one of its important components may be defined as the epic tradition of the sea-raiders. A number of observations are introduced that point to the likely northern, in particular Scandinavian, connections of the Ionian sea-raiders who found their homes in Attica and Euboea. Various traditions that reached Homer provided him with a much wider scope of ideas and with larger horizons than one would otherwise assume for an Ionian Greek of the early seventh century BC. Therefore one is justified to consider as echoes of true knowledge the words about the immense expanse of the sea (Od. 3. 318–22) or about the Ethiopians, “the farthermost of men, some abiding where Hyperion sets, and some where he rises” (Od. 1. 23f.). One is also justified to speak (though not without reservation) about the Homeric cosmology. An explanation is offered for why the north wind (Od. 10. 507) bears the ship of Odysseus to the realm of perpetual darkness. The idea of the eye of god and its relation to one-eyed monsters is discussed. The final chapter confirms an old idea by Ernst Krause about the connection between ideas of the labyrinth and of Troy. It also addresses the question of what brought together the mythical and historical components of the story of Troy and assigns a certain role in this process to the identity of the names of Alexander of Troy who raped, in myth, Helen and of Alaxandus (=Alexander) who ruled Wilusa (= Ilion). 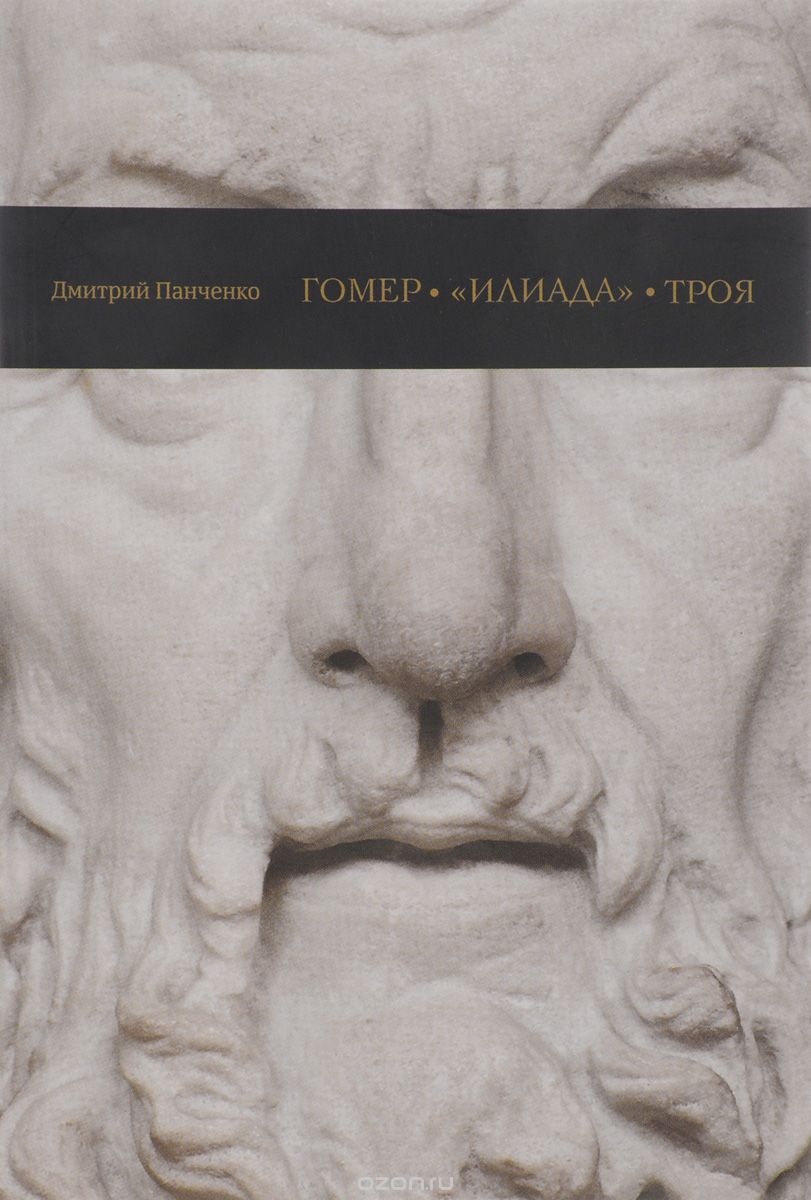