THE FADING GOLDEN AGE OF JAPANESE POETRY. Tanka and haiku of the Meiji-Taisho-Showa period

The book constitutes the third part of a unique research project presenting to the Western scholars the history of Japanese poetry in the New and Modern times -  from the second half of the XIX c. through the end of the XX c.. The book analyzes a brode scope of social and cultural problems scrutinizing the activity of the leading poetic associations and groupings. Literary portraits of the leading poets give a panoramic view of the age.

The general introduction to the book places the traditional genres of Japanese poetry in the national and global context by defining the typical features of tanka and haiku as a specific aesthetic system. The overview of the medieval tanka poetry since the eighth century through the first half of the nineteenth century gives the reader a general idea of the principal poetic and aesthetic concepts, to which later authors would constantly refer.

The new tanka and haiku poetry, which emerged after the Meiji Restoration was the direct successor to the classical medieval schools, transformed and renovated in the age of modernization. Since the end of the nineteenth century, tanka and haiku authors developed a novel worldview by over- coming the restrictions and regulations of the rigid poetic canon.

The pioneers of the new tanka and haiku schools, in their quest for a creative national identity, opposed the overwhel- ming flow of Western culture and instead chose to revitalize the traditional poetics, albeit in a modified form, for which they were nonetheless severely criticized by the shintaishi and kindaishi poets.

The beginning of the romantic revival in tanka was heralded by Yosano Tekkan’s literary criticism and his poetic manifesto. Tekkan was the first tanka poet of the new times who instilled in his verse civil feelings, military vigor, and masculine passion. As a response both to Tekkan’s challenge and to the European decadent trend of the fin de siècle period, there followed the outburst of erotic lyrical confessions by Yosano Akiko. Her work represents a wonderful fusion of the French Symbolist and British Pre-Raphaelite poetics projected onto Japanese tanka. The Myojo journal led by Tekkan and Akiko remained for many years the most significant literary hub in the country.

Another great reformer, Masaoka Shiki, regarded himself and his school mostly within the mainstream of tradition and considered renovation of the classic genres possible only on a conventional basis, not going to any extremes. His major shasei (“reflection of nature”) concept was derived from medieval Chinese aesthetics and had a dramatic impact on both tanka and haiku poetry of the twentieth century. Shiki propagated “objective realism,” focusing first on haiku and then applying the same principles to tanka.

Ito Sachio became the official successor of Shiki and widely promoted rgw shasei theory in his journal Ashibi. The works by Shimagi Akahiko, Nagatsuka Takashi, Koizumi Chikashi, Naka- mura Kenkichi, and other followers of Shiki who rallied around the Araragi poetic journal, eventually gained for the shasei trend poets a dominant position in the world of tanka. Their landscape poetry and “daily routine” sketches were marked by a profound comprehension of the harmony of nature. The poetic genius of Saito Mokichi, with his sharp psychological vision and original interpretation of shasei theory, remained unrivaled in modern Japan.

Meanwhile, Yoshii Isamu, Wakayama Bokusui, Kubota Utsu- bo, and Maeda Yugure chose another path and developed a refined trend of Romanticist and “Naturalist” poetry focused on human sentiment in the current of mundane metamorphoses. They expanded the boundaries of verse and enriched tanka with impressive new imagery. Their poetic collections shaped another colorful facet of the tanka world in the first half of the twentieth century.

The Symbolist spirit represented so brilliantly by Kitahara Hakushu in his kindaishi poetry was also projected onto his early tanka, which were marked by eloquent mannerism with a strong touch of exoticism. However, the evolution of aesthetic concepts later made Hakushu return to traditional values. Thus, his poems composed in the 1930s present a typical Zen vision of the universe.

A fusion of realistic worldview with expressionist techniques makes the poetry by Sasaki Nobutsuna, Kawada Jun,and Kino- shita Rigen the most fascinating product of the new tanka diction.

The poetic concept put forward by Ishikawa Takuboku and Toki Aika is known as the “Life School.” The talent of Takuboku elevated the most prosaic topics taken from daily life to the level of lyrical revelation. His successors were less gifted and eventually the social trend in tanka, which had emerged from the legacy of Takuboku, ended with extremist proletarian propaganda slogans.

In the postwar period the tanka revival contributed greatly to the formation of the new national identity of the Japanese. Kondo Yoshimi, Miya Shuji, Sato Sataro, Saito Fumi, Kimata Osamu, and many other masters of tanka poetry paved the way for the new generations.

The triumph of Tawara Machi, whose tanka collection became the number one bestseller of the twentieth century, proves that the old classic genre is still able to attract the young, overcoming the dogmatic regulations and forging a totally new stylistics.

The introductory chapter to Part II of the book gives a broad overview of the haiku world since the middle of seventeenth century and introduces the reader to the great haijin of the Edo period— Basho, Buson, Issa, et al. Their works laid the foundation of classic haiku and therefore strongly influenced the preferences of the poets after the Meiji Restoration.

New haiku were initiated by the endeavors of Masaoka Shiki, who dared to doubt the authority of Basho, opposing to his poetics the brighter style of Buson. Shiki elaborated and applied to haiku his shasei concept based on the principle of objective realism, which later developed into the most popular poetic theory of the twentieth century and founded a school, which soon would become the mainstream haiku trend in Japan.

After the death of Shiki, his major disciples followed two different paths. Kawahigashi Hekigoto treated shasei theory mostly as a call for further reforms. His concept of the “new trend” in haiku, that is, short verse not bound by any regulations and restrictions, found many adherents. Nagatsuka Ippekiro, Ogiwara Seisensui, Ozaki Hosai, and many other poets were inspired by the idea of non-orthodox haiku. The climax of this movement can be traced in the beautiful and deeply philosophical Zen haiku of Taneda Santoka.

Meanwhile, Takahama Kyoshi remained faithful to the legacy of Shiki and transformed the initial shasei doctrine into a coherent aesthetic teaching. Kyoshi remained for many decades the leader of the “Hototogisu” group and gave his blessing to such renowned poets as Murakami Kijo, Iida Dakotsu, Hara Sekitei, Maeda Fura, and Hino Sojo.

The disciples of Kyoshi who would not support the “flowers and birds” poetics of the old master formed a new society around the old Ashibi journal under the leadership of Mizuhara Shuoshi. The pure and transparent lyricism of Yamaguchi Seishi and Hashimoto Takako can be numbered among the most successful poets of this school.

Another trend in haiku was marked by a powerful humanist drive, which can be regarded as an easily recognizable trait of the poetry of Nakamura Kusatao, Kato Shuson, and Ishida Hakyo. These haiku poets, who became known in the pre-war period as members of “The Search for the Human” school, also shaped the postwar haiku world, instilling in it a vital humanist component. The poets of this trend played a crucial role in the revival of Japanese culture, opening to their readers a window to eternal ethical values and giving them hope in the abyss of pain and humiliation. They brought to life the new generations of authors in Japan and also fostered interest in modern haiku in the West. 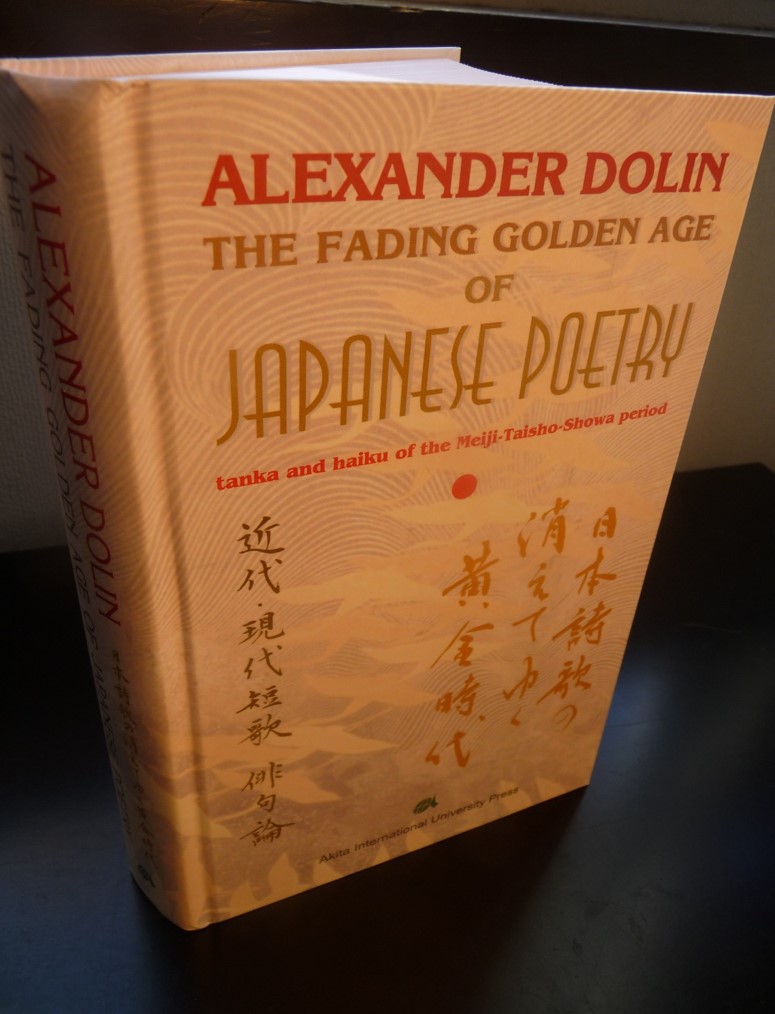