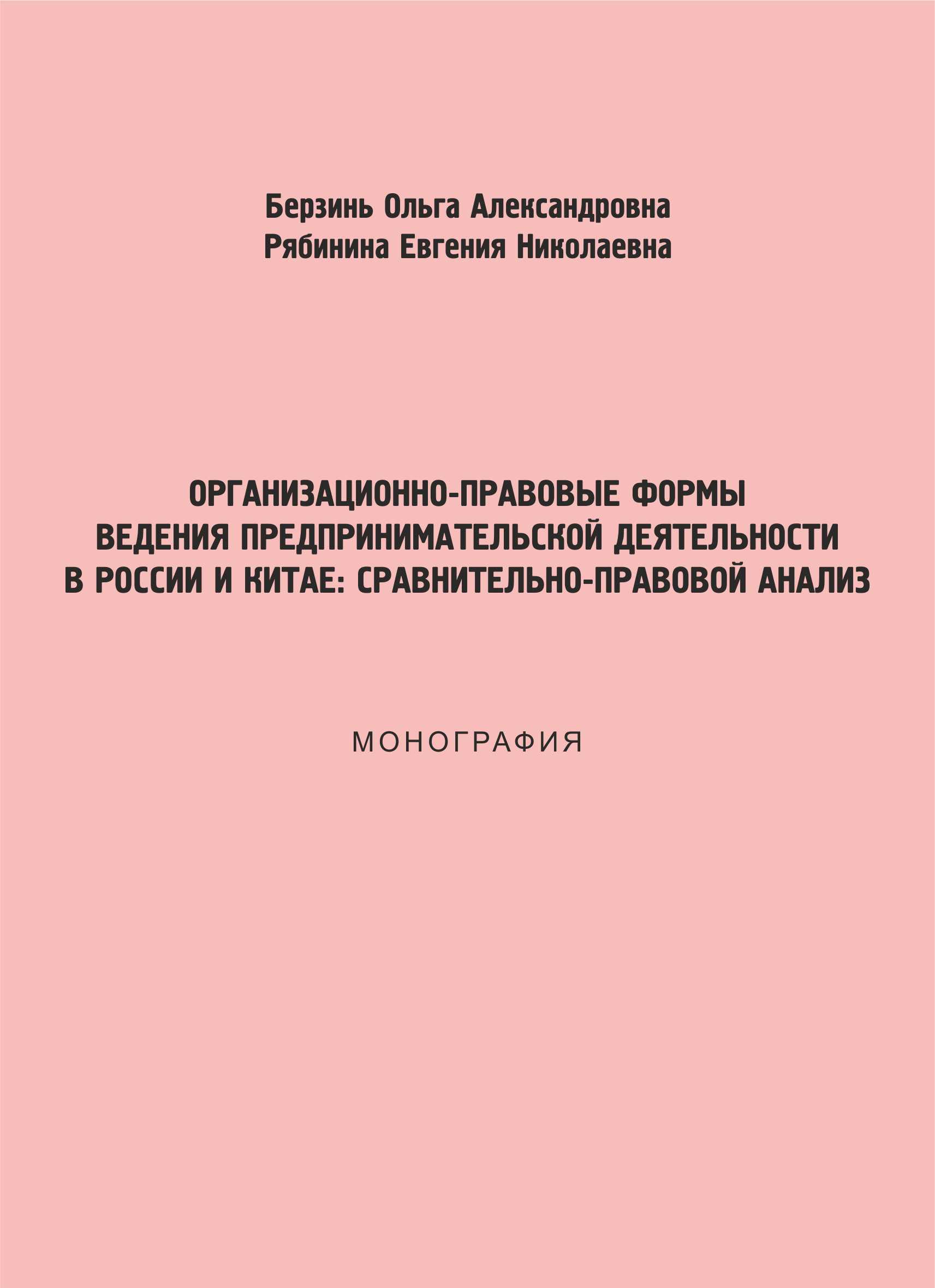 Similar publications
Заготовка древесины: правовые основы использования лесов
Панкратова В. И., Хрешкова В. В. Гражданин и право. 2010. № 11. С. 73-84.
Правовое регулирование предпринимательской деятельности./ Учебное пособие. 3-е издание, исправленное и дополненное
Беляков В. Г. СПб.: Высшая школа менеджмента СПбГУ, 2008.
The Legitimacy of the Bolshevik Order, 1917-1918: Language Usage in Revolutionary Russian Law
Borisova T. Y. Law. LAW. Высшая школа экономики, 2012. No. 05.
The article describes and analyzes the legislative politics of revolutionary regimes in Russia in 1917-1918. The author aims to demonstrate the political meaning of the form of early Soviet legislation and its legitimizing effect. The revolutionary legislators often used specific language in the new laws as a vehicle of legitimacy, i.e. to make the people comply. The two main types of legal language used by the Bolsheviks can be interpreted from the perspective of different types of legitimacy. The revolutionary strategy used propagandistic legislation, written in the language of lay people, which urged them to act according to the new law. It can be seen as a request for acts of the people to legitimize the soviets. On the contrary, the traditional strategy employed old bureaucratic means of writing and distributing legislation to the local soviets. The language used by this strategy was closed to the understanding of a lay audience and implied traditions of obeying the law written in familiar legal language, which in turn implied rational/legal legitimacy. The second strategy had already become dominant after the first months of the Bolshevik revolution. This observation demonstrates that from the very beginning of their rule, Soviet leaders approached legislative policy from a technocratic point of view, which determined the further development of Soviet legal theory and practice.
Business transaction invalidity in the context of the principle of legality
Totyev K. Y. Law. LAW. Высшая школа экономики, 2016. No. 2.
This paper explores business transactions in the context of the principle of legality. It will be argued that Article 168 of the Russian Civil Code, as a meta-rule, contains three types of rules: 1) rules dealing with the priority of special rule and exceptions (exclusive rules); 2) rules dealing with the interpretation of general, special and exclusive rules as well as with the requirements of statutes or other legal acts violated by a transaction and established outside Article 168 of the Civil Code; 3) rules dealing with the admissibility of special rule and exceptions, as well as with the conditions of admissibility of these rules. With regard to the first group of the rules, the legislature and commercial courts consider Article 168 of the Civil Code a common base with respect to other grounds in the Civil Code and in certain other statutes for declaring transactions invalid. According to the second group of rules, the subject-matter (object) of legal interpretation consists of two elements: а) the text of Article 168 of the Civil Code; and b) the texts of legal acts, described by the generic term “statute or other legal act.” Article 168 of the Civil Code provides instructions not only for rules as objects of application of the article, but also for the methods of interpreting violated requirements. The rules of admissibility for special rule and exceptions, as well as the conditions of admissibility for these standards, are aimed at the numerous cases in which the legislature, in the Civil Code or in other legal acts, expressly establishes nullity (voidness), voidability and other legal consequences for illegal transactions. The paper also answers questions regarding the impact of recent amendments to the Russian Civil Code on using rules for business transaction invalidity in commercial courts.
Лесопользование в России: регулирование арендных отношений
Ялбулганов А. А. Гражданин и право. 2010. № 7. С. 50-55.
Экономика предприятия
Жичкин А. М., Гурьянова С. Ю. М.: Московский государственный институт электроники и математики, 2010.
Общественная опасность преступления: институциональная природа явления
Бочкарев С. А. Закон и право. 2010. № 1. С. 25-28.

The article provides a comparative legal of the nature of social danger with other criminal law and civil phenomena. It proves that social danger is correlated with law and pertains exclusively to criminal law. The author suggests that harm should be distinguished from social danger which has institutional rather than predicate importance from criminal law.