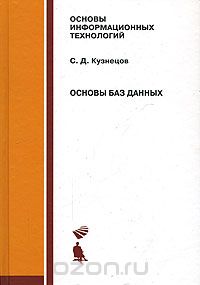 When working with relational databases, the main time is loading, searching, update and unload data. When the amount of data is increased, the time to perform these operations is significantly increased, since in fact, all available records, and this reduces the performance and processing speed of the data. One possible way to increase productivity and increase speed data processing can be the use of indexes.

This paper investigates the impact of query topology on the difficulty of answering conjunctive queries in the presence of OWL 2 QL ontologies. Our first contribution is to clarify the worst-case size of positive existential (PE), non-recursive Data log (NDL), and first-order (FO) rewritings for various classes of tree-like conjunctive queries, ranging from linear queries to bounded tree width queries. Perhaps our most surprising result is a super polynomial lower bound on the size of PE-rewritings that holds already for linear queries and ontologies of depth 2. More positively, we show that polynomial-size NDL-rewritings always exist for tree-shaped queries with a bounded number of leaves (and arbitrary ontologies), and for bounded tree width queries paired with bounded depth ontologies. For FO-rewritings, we equate the existence of polysize rewritings with well-known problems in Boolean circuit complexity. As our second contribution, we analyze the computational complexity of query answering and establish tractability results (either NL-or LOGCFL-completeness) for a range of query-ontology pairs. Combining our new results with those from the literature yields a complete picture of the succinctness and complexity landscapes for the considered classes of queries and ontologies.

Proceedings of the VLDB Endowment

An array DBMS streamlines large N-d array management. A large portion of such arrays originates from the geospatial domain. The arrays often natively come as raster files while standalone command line tools are one of the most popular ways for processing these files. Decades of development and feedback resulted in numerous feature-rich, elaborate, free and quality-assured tools optimized mostly for a single machine. ChronosDB partially delegates in situ data processing to such tools and offers a formal N-d array data model to abstract from the files and the tools. ChronosDB readily provides a rich collection of array operations at scale and outperforms SciDB by up to 75× on average.

Today’s data science and business often live apart: IT companies are mired in «burning» projects and do not have enough resources to try out new methods of data analysis. Meanwhile, these new fresh-developed methods are often too crude to be put on stream. Here we present an analytic data processing technology that is based on rough set theory approximations and is shown to be well suited for Big Data analysis.